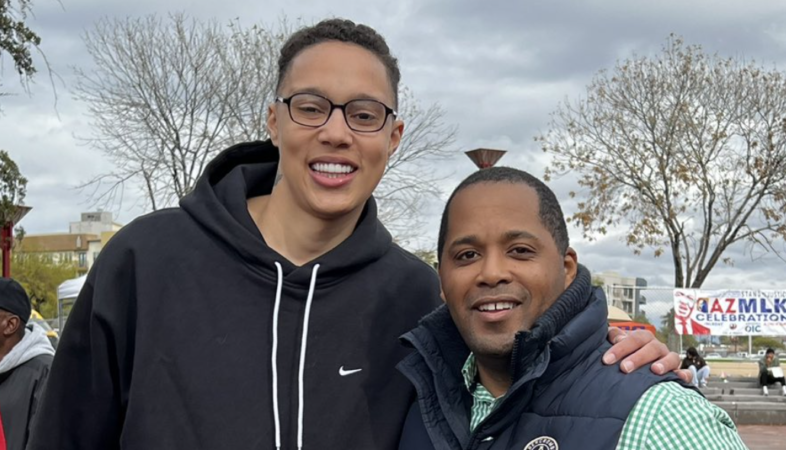 Phoenix honored Dr. Martin Luther King’s 94th birthday with its annual parade on Monday. This year, the city had a special guest, Phoenix Mercury star Brittney Griner. The WNBA player was in attendance less than six weeks after being released from a Russian prison.

Griner was at the parade with her wife, Cherelle. According to NBC News, Griner seemed in good spirits and was happy to take pictures and interact with fans, who were excited to see the hooper as she rode around on the back of a golf cart.

The 32-year-old told local news outlet KPNX that “she was happy to be home.”

Jonathan McCall, a 12 News correspondent, shared images and a video of Griner meeting with city residents.

Griner has been a revered sports figure in Phoenix since signing with the Mercury in 2013. She took the team to the WNBA finals, gaining a second national title.

The center was recently named “Arizonan of the Year” by the Arizona Republic. The outlet decided to highlight Griner because “no other Arizona newsmaker in 2022 captured the public eye as intensely as she did. Nor has anyone’s story in this state aroused the kind of fear and foreboding that hers had for nearly 300 days.”