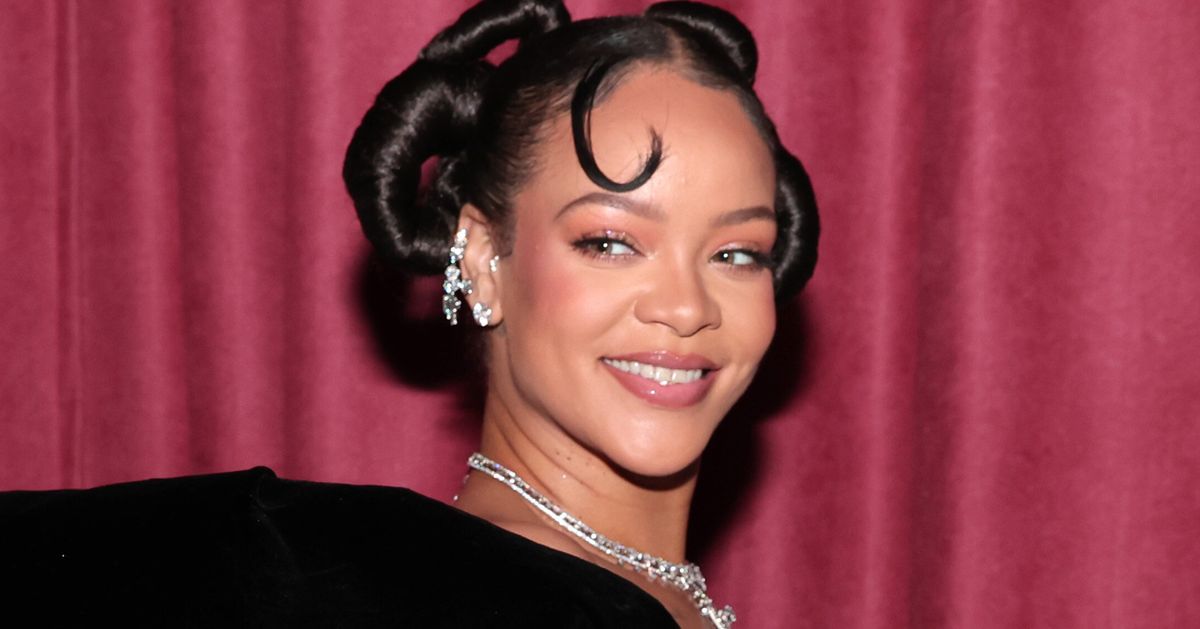 Rihanna didn’t emerge from Tuesday’s Golden Globes a winner, but her presence seemed to shine bright like a diamond throughout the ceremony nonetheless.

The first-time nominee, for her song “Lift Me Up” from “Black Panther: Wakanda Forever,” looked stunning in a black ballgown by Schiaparelli Couture. She and longtime boyfriend A$AP Rocky opted for a low-key entrance, skipping the red carpet outside the Beverly Hilton in Beverly Hills, California, altogether.

Still, the pop queen ― who welcomed her first child, a son, last year ― was easily one of the Golden Globes’ most buzzed-about attendees. She earned playful shoutouts from the evening’s host, Jerrod Carmichael, along with presenters Niecy Nash and Billy Porter.

“I’m going to say something very controversial. I will actually get in trouble for this: Rihanna, you take all the time you want on that album, girl,” joked Carmichael. “Don’t let these fools on the internet pressure you into nothing!”

Both Nash and Porter sang Rihanna’s praises, too.

“Rihanna, I love you, and I dressed up as you for Halloween,” Nash said before presenting an award to “Abbott Elementary” actor and creator Quinta Brunson. “Had to take my moment.”

Later in the show, Porter quipped: “If I believed in Halloween, I would have dressed up as Rihanna as well.”

Rihanna’s Golden Globes appearance comes just weeks ahead of her hotly anticipated Super Bowl LVII halftime show. Earlier this week, the NFL teased that performance with a short video on Instagram showing the singer in a football-themed hoodie from her new Savage X Fenty collection.

As Carmichael hinted at the Golden Globes, many fans and media outlets are speculating that Rihanna’s halftime show will be a precursor for new music. She hasn’t released a full-length studio album since 2016′s “Anti,” which featured the hits “Work” and “Kiss it Better.”

Rihanna, however, has shrugged off those suggestions.

“That’s not true. Super Bowl is one thing,” she told The Associated Press in November. “New music is another thing. Do you hear that, fans?”

Golden Globes 2023: Here Are All The Winners