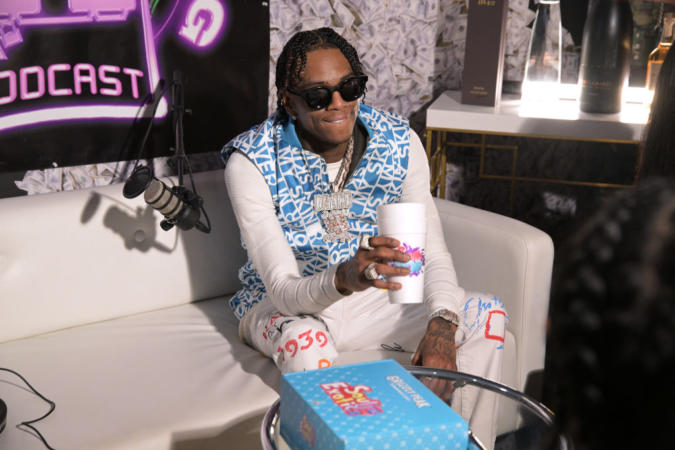 Soulja Boy is speaking on the lack of support he sees from the hip-hop community for Megan Thee Stallion. The rapper jumped on Instagram Live and shared his feelings about the trial’s outcome and how his fellow artists have treated her.

He addressed the victim shaming toward the Houston hottie over the 2020 shooting ordeal.

As Vibe reports, he began his outrage with, “Yall n****s out here shooting b*****s and ain’t nobody gone say nothing? I’m the only n***a in the whole rap game that’s gonna say something? Ok, cool.”

He ensured the target of his rant was apparent as he went on to call Tory Lanez a “b***h.”

In a separate video, Soulja continued to direct his anger toward Lanez as he called the Toronto native’s music “trash.”

Although Big Draco seemed sincere in the clip, fans questioned whether this was a clout-chasing attempt.

Former NFL Player Jessie Lemonier Dies At 25, Was Expecting His First Child With Girlfriend
Sammie Speaks On Murder Charges Against His Mother
Michael Eric Dyson Weighs In On #BrittneyGriner Case In Russia
Chef Way Resigns From DA’s Office Position After Controversial Tweets About Black Women Resurface: ‘I Was A Bully’
Did SZA Just Tease A Miley Cyrus Collaboration As She Congratulates Singer For Landing No. 1 With ‘Flowers’?