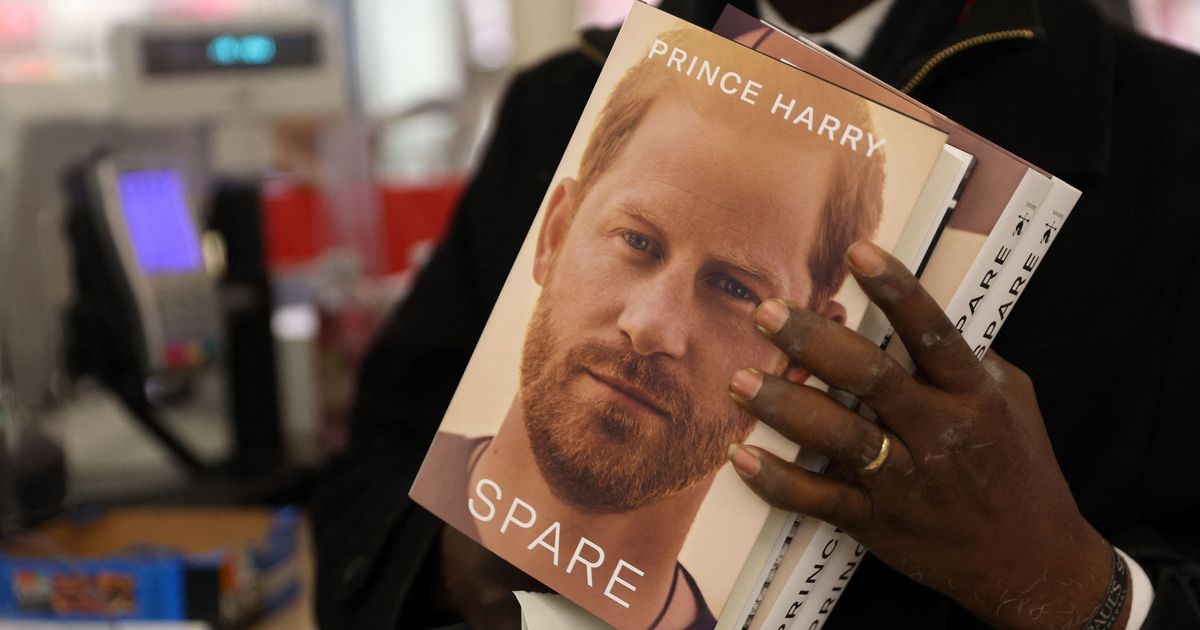 Monday morning brought another batch of headlines about Prince Harry. Not the revelations from his Netflix docuseries with Meghan Markle, nor the leaked excerpts from his highly-anticipated book, “Spare,” which is finally published today.

These were details from Prince Harry’s hour and 40 minute interview with ITV News presenter Tom Bradby, which aired on Sunday night in the U.K.

In the interview, Prince Harry defended his memoir, stating that remaining silent “only allows the abuser to abuse.” Additionally, he called out the royal family’s “deafening” silence over Jeremy Clarkson’s “horrific” article in The Sun about his wife.

However, the Duke of Sussex also denied that he and Meghan ever accused the royal family of racism back in their 2021 interview with Oprah Winfrey – saying there is a “difference between racism and unconscious bias.”

Famously, Meghan told Oprah in that interview that members of the royal family had “concerns and conversations” when she was pregnant with her son, Archie, about how dark his skin would be – a claim that prompted global uproar and was widely understood and reported as an allegation of racism. Not so, said Harry, who laid the blame for this misunderstanding at the media’s door.

In Sunday night’s broadcast, Bradby also questioned Harry about the recent row over comments made by a palace staffer, Lady Susan Hussey, to Ngozi Fulani, from the charity Sistah Space, at a Buckingham Palace reception.

The British-born charity founder said Hussey repeatedly asked her where she “really came from,” even moving her hair to see her name badge at the event, to ask again: “What part of Africa are you from?”

The two have since met and reconciled, and Harry now claims “she didn’t mean any harm at all.”

And it’s these comments, coupled with Harry telling Bradby he still believes in the monarchy, that have sparked confusion, particularly among Black Brits.

Ore*, a 23-year-old student from Essex, says that watching Sunday’s ITV interview left her feeling the Duke and Duchess of Sussex were not the anti-imperialist and anti-racist activists that she had wanted them to be.

Ore views Harry’s latest comments as a slap in the face to all the Black people that rallied in support of him and Meghan.

“It came as a shock, because the treatment of Megan and her then-unborn child by his family is undeniably racist,” she says. “It shows his unwillingness to really stand with Black people on issues concerning race and that he has no true understanding of race, despite marrying a mixed-race woman.”

Ore doesn’t understand why Harry wouldn’t want to call his family racist unless he genuinely doesn’t see them as so. “I think for him to acknowledge that the royal family is racist, he’d need to really unpack a lot of sinister truths about the institution and also accept his part to play in the racism,” she says.

In a separate U.S. interview with Anderson Cooper of CBS, which also aired on Sunday night, Harry shared his belief that he was “bigoted” before meeting his future wife.

But for Farrah*, a 28-year-old PR assistant from London, his recent comments show that Harry still has much to learn when it comes to discussing race.

“Harry intentionally labelling outright racism as ‘unconscious bias’ is the exact form of gaslighting Black and other marginalized people experience when calling out racism,” she says of his ITV interview.

“Unconscious (or implicit) bias describes assumptions and associations people have outside of their conscious awareness and control. Unconscious bias is automatically making assumptions, and these are influenced by personal experiences, societal stereotypes, and cultural context,” she explains.

Farrah also points out a strange moment in the ITV interview when Harry shared that in an argument with his brother, William, he said, “Africa is my thing.”

“Given the history of colonization and imperialism (of which his family and ancestors have played a heavy part) to feel this ownership over a continent highlights just how much he sees Africa as a territory, something to own and exert authority over so it appears all his reading and unlearning has been surface level,” Farrah says.

Bola, 21, a student from Coventry, has always had sympathy for Prince Harry because of how he lost his mother, Diana, Princess of Wales, and the way the press has treated him and Meghan in recent years. But she says the wall-to-wall coverage of the past week has begun to shift her sympathies.

“After watching their documentary on Netflix I saw someone who was willing to protect his wife and kids and I admired that,” she says. “However, after watching the [ITV] interview, I find him to be exhausting. He likes to go back and forth on his word. First his family is racist, then they aren’t. The documentary described the monarch to be ‘The Empire 2.0,’ but when asked if he would work for his dad he said yes. I just think he lives in antithesis to what he stands for.”

She adds that she was disappointed, but not surprised, when Prince Harry defended Lady Susan Hussey.

“Whenever Harry speaks about racism, it’s like he’s just learnt about it – which is a good thing – but he hasn’t quite got it yet. He can’t see how it would be problematic to invalidate someone’s Black British experiences by repeatedly asking they where they “really come from.’”

Ultimately, in Bola’s view, Harry doesn’t want to label his family as racist as it would “destroy the idea that he has of his family in his head”.

“He tries to find semantic differences between unconscious bias and racism when at the end of the day his family is racist and this would mean he would have to cut them off completely,” she adds.

*Some surnames have been omitted to offer anonymity

US, UK Media Refuse To Cave To Palace’s Demands Over Prince Harry Interviews

Prince Harry Reveals Where His Relationship With Camilla Stands Now