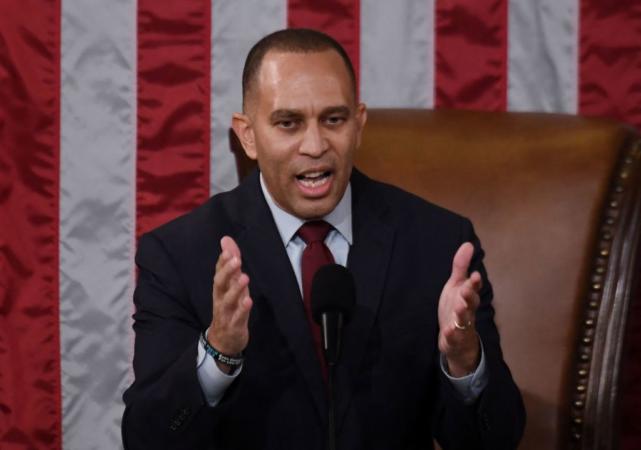 Early Saturday, New York Rep. Hakeem Jeffries officially became Democratic Party leader in the House of Representatives. Jeffries, a rising star within the Democratic Party, is now the first Black person to lead either of the major parties in Congress. He takes over at a time of divided government and political dysfunction on Capitol Hill.