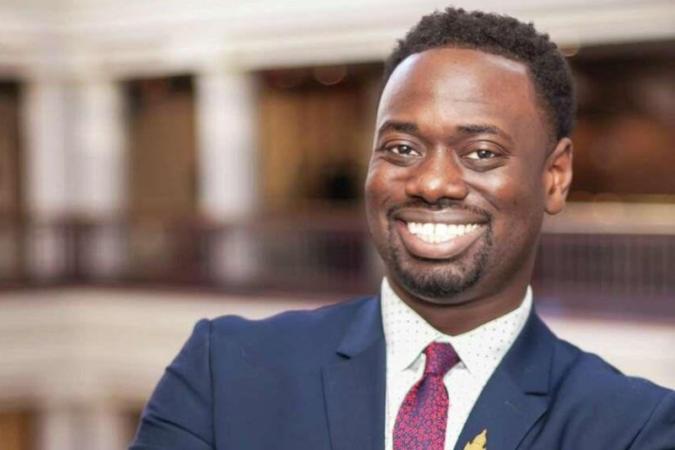 Connecticut State Rep. Quentin Williams, 39, died in a wrong-way highway crash on Thursday shortly after attending his swearing-in ceremony for a third term. Police said Williams and the other driver died when one of the cars became fully engulfed in flames.

“I am in shock,” Speaker of the House Matt Ritter, D-Hartford, said in a statement according to NBC News. “Q was my dear friend and I am scarred by his sudden loss. We will have time to reflect on Q as a legislator in the weeks to come, but right now I deeply mourn my friend and send all of my love to Carrissa, Queen and Q’s family. We will all miss Q.”

Williams was driving on the highway when he was struck head-on by a vehicle going the wrong way shortly after 12:30 a.m., NPR reports.

Protesting Bethune-Cookman Students Demand University Leaders Resume Negotiations With Ed Reed
Twitter Rallies Around TikTok Influencer Keith Lee As He Responds To TV Producer Who Appeared To Accuse Him Of Stealing Idea
This Is What Having An Incarcerated Mother Can Rob You Of
Court Proceedings For Young Thug And YSL Members Have Been Disrupted By Alleged Drug Transactions And Contraband Smuggling
LeBron James Believes Son Bronny Can Play At Any College Of His Choice: ‘He’s Good Enough’