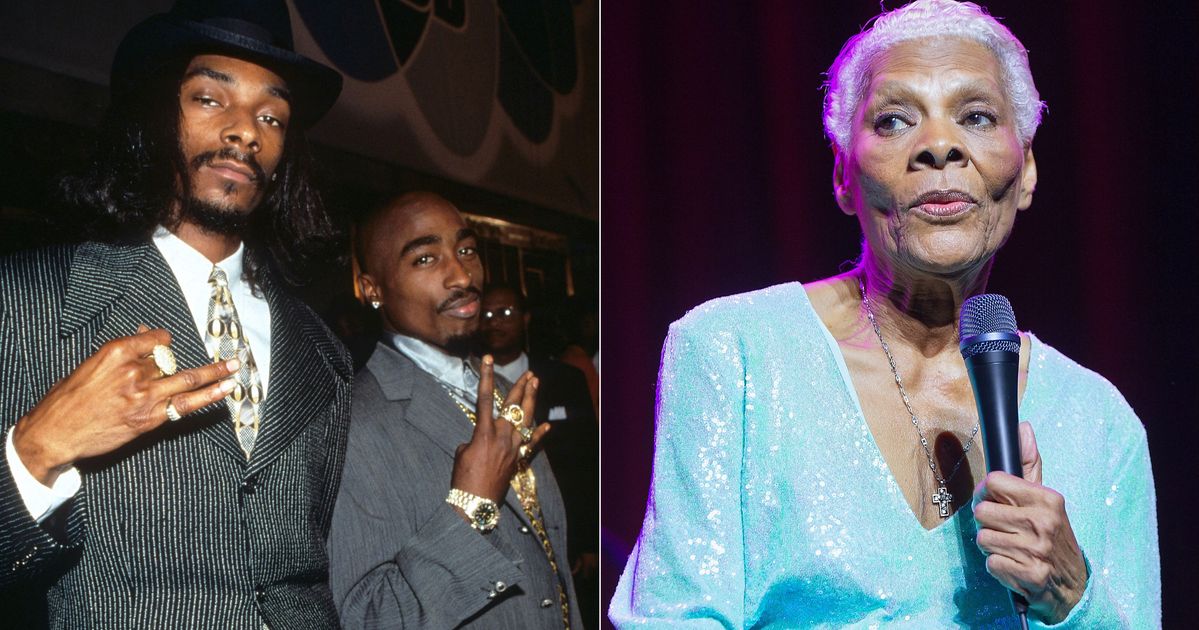 Singer Dionne Warwick was so fed up with the misogynistic lyrics of rap icons Snoop Dogg and Tupac Shakur that she invited them and the imposing Death Row Records co-founder Suge Knight to her house for an education.

As Snoop recalled in CNN’s documentary “Dionne Warwick: Don’t Make Me Over,” she told them to arrive at 7 a.m., per CNN. He said they were so “scared” that they got there eight minutes early.

Warwick, he said, demanded they call her a “bitch” to see how it made them feel.

Both Snoop and Tupac were regularly using terms like “bitch” and “ho” in their songs at the time. Warwick said in the documentary that “these kids are expressing themselves,” which is their right, but there was a proper “way to do it.”

Snoop said he took it to heart.

“She was checking me at a time when I thought I couldn’t be checked,” he said in the documentary. “We were the most gangsta as you could be, but that day at Dionne Warwick’s house, I believe we got out-gangstered that day.”

He added: “Dionne, I hope I became the jewel that you saw when I was the little, dirty rock that was in your house. I hope I’m making you proud.”

Snoop later raised daughter Cori alongside his sons Cordé, Cordell and Julian, per People. Tupac was gunned down in Las Vegas in September 1996 at age 26.

As for Knight, the former record executive — who previously suggested Tupac wasn’t dead and joked about rapper Eazy-E being purposefully injected with HIV — was sentenced to 28 years in prison in 2018 for a hit and run that left one man dead and another injured.

Warwick spoke last year about the sit-down on “The Real.” When the rappers felt she was, “as they said, ‘dissing them,’” Warwick said she reminded them: “If I didn’t care about you, you would not have been invited to my home.”

“They all kind of knew that I was quite serious,” Warwick said. “We had something to talk about. I was giving them a spanking, and they wanted to know why I was spanking them.”

Watch “Dionne Warwick: Don’t Make Me Over” on Amazon Prime.

Sha’Carri Richardson Records Verbal Altercation With Flight Attendant Before Removal From American Airlines Flight
Hollywood Often Stereotypes Sex Workers. Two New Films Portray Them In Their Own Words.
Alpha Phi Alpha Commemorates MLK’s Legacy with Oratorical Competition in Essex County
Officials Release Footage From Fatal Beating Of Tyre Nichols At The Hands Of Memphis Police
New Orleans Mayor Speaks Out After Being Accused Of Having An Affair With Police Officer