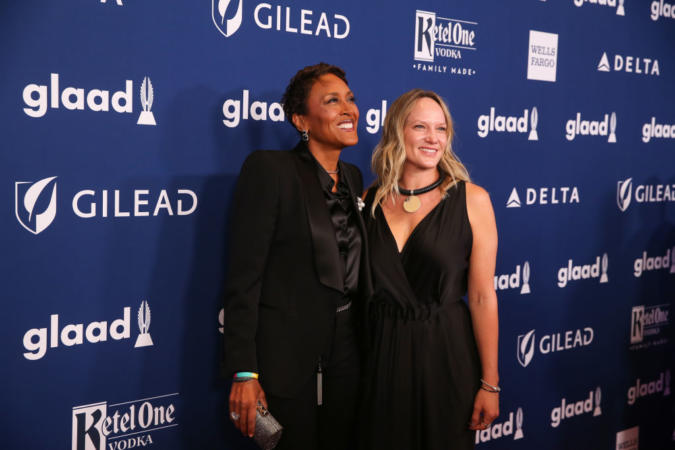 Robin Roberts and her longtime partner, Amber Laign, are finally preparing to tie the knot. On Monday, after 18 years together, the couple announced they are heading down the aisle this year.

On Good Morning America, the anchor told author and motivational speaker Gabrielle Bernstein, “I’m saying yes to marriage. We’re getting married this year.” She added that she was “hesitating” to share the thrilling news because she had not “said it out loud yet.”

After Roberts revealed the huge secret, Bernstein suggested she “create a wedding vision board.” The talk of wedding preparation slightly overwhelmed Roberts. She jokingly said, “I can’t believe I said that,” and began to fan herself.

The 62-year-old reporter said she and 48-year-old Laign “talked about” having a ceremony in the past. However, the couple put it off after Laign was diagnosed with breast cancer in 2021.

During her ordeal with treatment, Roberts shared a hopeful update on behalf of Laign after she underwent surgery in February 2022.

“My sweet Amber wanted me to tell you something that she’s been facing. At the end of last year, Amber was diagnosed with breast cancer,” Roberts revealed in a Twitter video. “She had surgery last month and this morning will begin chemotherapy. Thankfully, the prognosis is good.”

Due to “complications with the chemotherapy,” Laign had to suspend her treatments. However, she returned to radiation therapy and completed it in July 2022.