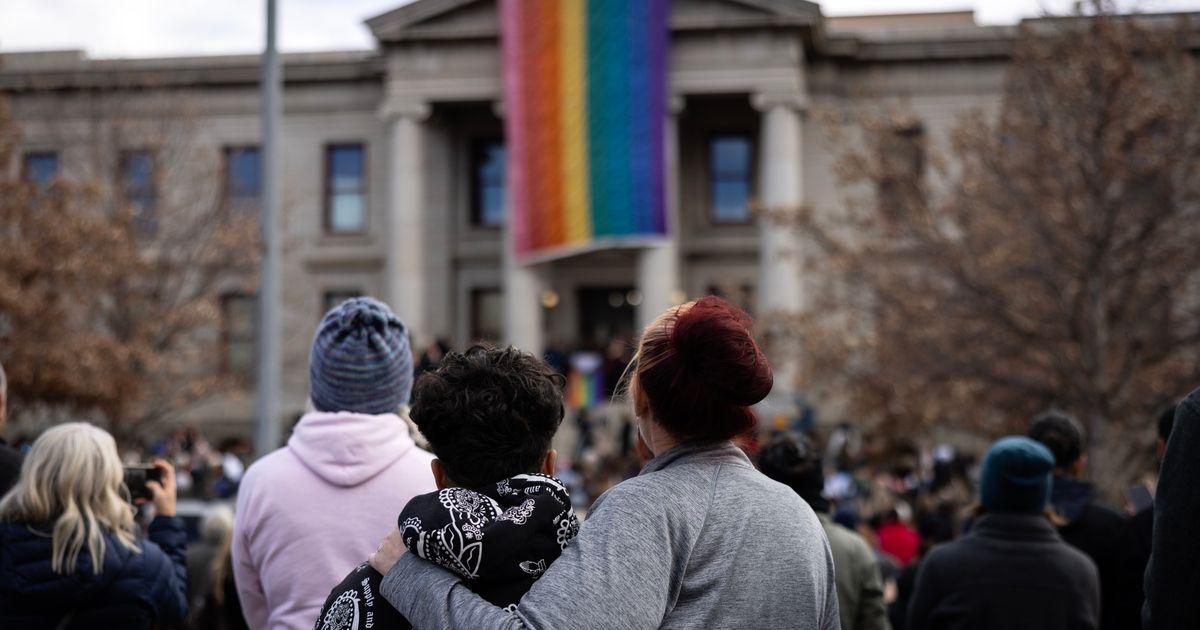 With the overturning of Roe v. Wade and the numerous attacks on transgender people nationwide this year, it’s easy to be consumed by the doom and gloom of 2022. But some legislative victories this year can’t go unrecognized, and they prove that the struggle for equal rights is worth the fight.

Here’s a recap of some of the biggest wins for equality in 2022.

We made a huge stride in marriage equality.

Following a year full of numerous attacks on the LGBTQIA+ community, the year is ending on a good note for queer Americans. On Dec. 13, President Joe Biden signed the Respect for Marriage Act, which codified the recognition of same-sex marriages nationwide. The legislation also grants protection to interracial marriages.

Same-sex unions were legalized nationwide in 2015 after the Supreme Court’s ruling in the Obergefell v. Hodges case. However, since the ruling wasn’t codified into law, same-sex unions were vulnerable to reversal in the same way that abortion rights were dismantled when Roe v. Wade was overturned in June.

When the 1973 decision guaranteeing abortion access was reversed, Justice Clarence Thomas suggested revisiting previous decisions, such as same-sex marriage, which prompted bipartisan efforts to ensure protections for these rights.

The Respect for Marriage Act now offers a safeguard to these marriages.

Marijuana was legalized in more states.

Multiple states have made strides to legalize marijuana for medical and recreational use.

In June, Oklahoma became the 30th state to legalize medical marijuana, followed by Utah and Missouri via ballot measures in November’s midterm elections. Voters also made Michigan the 10th state in the country — and first state in the Midwest — to legalize recreational marijuana.

According to the Centers for Disease Control and Prevention, marijuana is the most commonly used federally illegal drug in the country. Two-thirds of Americans support the legalization of the substance, and it has now been legalized in more than half of the states in the U.S.

Marijuana laws have been used to unfairly criminalize Black and brown people, according to the ACLU. Racial disparities exist as well in marijuana-related arrests, as Black people are 3.6 times more likely than white people to be arrested for marijuana possession.

Data shows that there are lower arrest rates in states that have decriminalized marijuana.

These state wins supplement ongoing efforts for marijuana reform. In October, Biden pardoned thousands of people who had been convicted on federal charges of marijuana possession, and he urged governors to do the same with state offenses. The Biden administration is also reviewing whether the substance should remain in the same legal category as drugs such as heroin and LSD.

Abortion access was protected in some states despite threats to end it.

The loss of Roe v. Wade meant that it was up to the states to define their own limits, if any, on abortion access. Following the Supreme Court’s decision in June, more than half of the states in the U.S. banned or planned to ban abortion rights.

Stakes were high during the midterm elections, with abortion access on ballot initiatives in five states. But voters elected to protect reproductive rights in all of those states.

Though more threats to reproductive rights are still looming in the U.S., abortion is currently legal in 13 states, despite efforts to ban it or limit access, and legislators are pushing to protect other reproductive rights that are vulnerable to attack, such as in vitro fertilization (IVF).

The Social Security Administration made moves that offer the LGBTQIA+ community better recognition.

While nationwide attacks against transgender people made headlines this year, there glimpses of good news came through.

In October, the Social Security Administration made a policy change to allow applicants to self-report the sex that best aligns with their gender identity, even if it differs from the sex they were assigned at birth.

The plan was a part of efforts to be more inclusive, and advocates believe it can help mitigate the risk of discrimination, harassment and violence that transgender Americans face. To further these efforts, the agency is also exploring policy and system updates that would allow an “X” under sex designation for those whose gender identity doesn’t align with male or female.

Since December 2021, Republican Gov. Ron DeSantis has been pushing to halt schools from teaching critical race theory — an academic framework that examines how movements, systems and institutions have been shaped by social conceptions of race and ethnicity — in the state of Florida.

The Individual Freedom Act, which was previously called the Stop W.O.K.E. Act, prohibited schools and workplaces from teaching and discussing race-based material or employ training that could suggest that individuals from one racial or ethnic group are responsible for and must accept the guilt for actions committed by others in the past. It also bars teaching material or training that categorizes individuals, based on their sex or race, as “privileged or oppressed.”

Proponents of the framework believe that it teaches the truth about America’s history, including the ways racism has shaped it, while opponents argue that it racially divides society and deems white people to be inherently racist.

Although it went into effect in July, a federal judge in Florida blocked it from going into effect in businesses in August. Another judge in November found the legislation to be a violation of the First and 14th Amendments and blocked its enforcement in Florida’s public institutions of higher education. According to the Legal Defense Fund, K-12 schools are still being affected by the law.

DeSantis said he would appeal the November ruling, but the ACLU’s National Legal Director David Cole said in a podcast that he’s optimistic the ACLU will succeed.

A court blocked Texas’ investigations of parents of trans children.

In February, Texas Gov. Greg Abbott (R) directed the state Department of Family and Protective Services to investigate the parents of transgender children.

The directive, which predates the slew of anti-LGBTQ rhetoric and actions that occurred nationwide throughout the year, resided on the argument that providing transgender children with gender-affirming treatments, such as puberty blockers or hormone therapy, is a form of child abuse.

Legal battles proceeded earlier this year, which included a lawsuit from the ACLU and a temporary injunction on the directive being overturned. In the most recent update on the situation, the child welfare agency was once again blocked in September from investigating parents who are providing gender-affirming medical care to their transgender children.

An Arizona ruling could pave the way for the state to reform its prison system.

In June, a judge ruled that the Arizona Department of Corrections, Rehabilitation, and Reentry was in violation of the Eighth Amendment by failing to provide adequate medical and mental health services to incarcerated people.

The ACLU first filed a lawsuit on these conditions and inadequate services in 2012. Prison officials settled the case in 2014, but no improvements were made to the conditions and to health care services despite numerous reports of preventable deaths and suffering at the prisons.

According to the Prison Policy Initiative, 42,000 people are in Arizona’s state prisons. The ruling is a major win for prisoner rights and is a pathway to improvements in health care services and better conditions for those who are incarcerated.

“It will lead to a massive relief order and real oversight and monitoring to make sure that we treat people as human beings, even when they have been locked up,” Cole, who works for the ACLU, said in a podcast.

Forget The ‘Red Wave’ — This Wave Of Candidates Dominated The Midterms

‘The View’ Fans Want Rachel Lindsay As A Permanent Co-Host: ‘She Brings A Freshness To The Table’
Kiely Williams Says She Had An ‘Entanglement’ With 3 Members Of B2K During 3LW Days
Pitch Black | Bet on Black (Episode 3)
Footage From Beyoncé’s Private Dubai Performance Hit The Internet, And Fans Can’t Get Enough
Sha’Carri Richardson Records Verbal Altercation With Flight Attendant Before Removal From American Airlines Flight