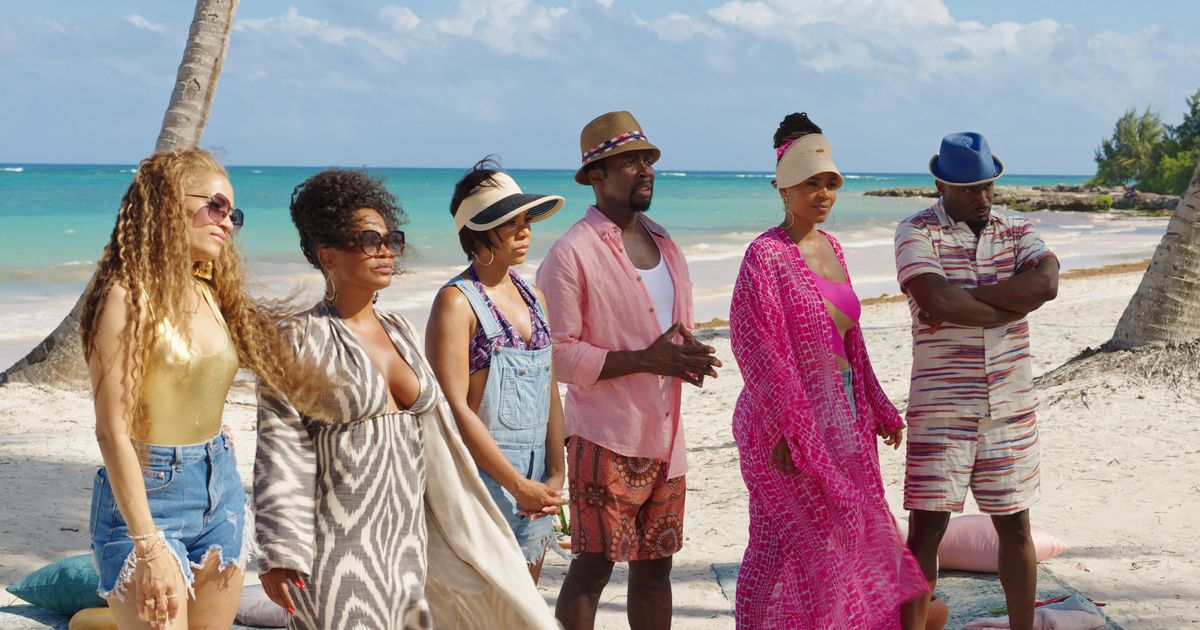 Say what you want about reboots and sequels, but there’s something really endearing about a group of actors reuniting to see a franchise through. That’s especially true when said franchise includes icons like Nia Long, Taye Diggs, Regina Hall, Morris Chestnut, Terrence Howard and Melissa De Sousa.

“The Best Man” (1999) and “Best Man Holiday” (2013) hold heavyweight status in the canon of classic films that grew with their audience and made a real impact. So when filmmaker Malcolm D. Lee thought the franchise deserved an ending, he started writing.

“I wanted us to get back to some fun. I mean we had fun in ‘Best Man Holiday,’ but it was also very sad,” Lee told HuffPost. “And I wanted to have a much more comedic time with these folks. So I had that movie in mind, and I wrote it and had another movie in mind to continue and close out the series, but we weren’t able to come up with a budget that worked for the studio and so it was like ok let’s give it a go as a limited series.”

More than 20 years after the original film debuted, Lee connected with showrunner and “Insecure” alum Dayna Lynne North who was able to reunite the cast for a final hurrah with “The Best Man: The Final Chapters.” The series premieres Thursday on Peacock.

When we met them, the characters were upwardly mobile 20-somethings just getting into the stride of figuring out love, life and friendship. In “Final Chapters,” we’re reintroduced to them as life has settled in and the “real adulting” is happening, as Long described it.

We pick up with them as they prepare for Quentin’s (Howard) wedding in the Dominican Republic. His longtime situationship with new “Housewives” star Shelby (De Sousa) is spiraling. Jordan (Long) and Harper (Diggs) are respectively grinding their way to the top of their careers while exchanging some serious sexual chemistry despite Harper being married to Robyn (Sanaa Lathan). Candace (Hall) is still married to Murch (Harold Perrineau) as we see her juggle graduate school, work and motherhood. Meanwhile, Lance (Chestnut) is still coping with the death of Mia (Monica Calhoun), often in self-destructive ways, while being a single parent.

Chestnut told HuffPost he misses Calhoun in this story, but he knew fans needed closure.

“Having the opportunity to be performers and to be a part of a project like this that’s so strongly entrenched within the community because of the storylines, because of the relatability of the characters which have prevailed throughout years, it’s been somewhat magical to be a part of,” he said. “We love working with each other, so that was a great opportunity, that was the icing on the cake, but the main thing was just to come back and give the fans another installment.”

Hall said she loves to see these characters remain connected in the name of friendship, even when life isn’t so smooth.

“It’s great to see how they keep coming back together, a core group of friends that just are kind of life-sustaining, and they know things sometimes before you do, and they know you,” she said. “It’s just not just our own characters, but how we as a group of friends land. I think it’s great to see how we collectively as friends are navigating the sometimes tumultuous waters of life together.”

Hall was referring to the characters in the series, but the same sentiment can be said about the actors. When Lee made his directorial debut, these actors were early in their careers. Many of us grew up watching and fawning over them in the ’90s and 2000s. Now, decades later, they’ve thrived and sustained careers that positioned them as Hollywood royalty. So their reunion for this project feels especially symbolic and full circle.

De Sousa spoke of that bond fondly, expressing that it felt like she won the lotto when she first landed the role in 1998.

“For us to come together, eight established actors who have careers to come together and want to do it and want to play together again after all this time, it’s just something so special,” she said. “It’s indescribable, and I just feel really lucky to be a part of it and to be able to call these people my friends and family.”

Howard shared a similar sentiment as his co-star.

“We’ve been together in many lifetimes, and apparently, we only get to see each other once every 10 years or so. So you hold on to that,” Howard said. “And it keeps you going. Because when we see each other, we end up better people. More balanced. That little thing you were working on, I fixed it. Here you go. Put that right on there, plug that one right in. And we’re tuning each other up.”

Lee said he’s happy to be giving this story a proper ending and hopes that viewers take away the same feeling they took away from the first two movies.

“[I hope] that they were engaged with characters that they loved, that they aspired to be and that they saw themselves reflected in,” he said. “So I hope that we continue that legacy with this iteration of ‘Best Man.’”

When I Hit the Stage, Vulnerability Is My Superpower

Jhene Aiko Details Work On ‘Souled Out’ Debut
3 Black Women With Links To The Chicago Area Were Victims Of LA Mass Shooting
‘The Real Friends Of WeHo’ Follows A Tired Formula
Y’all Got Beyoncé Money? She Has Officially Announced The ‘Renaissance’ Tour
Dominican Man Stranded Alone On Boat Survived On Ketchup And Seasoning For 24 Days