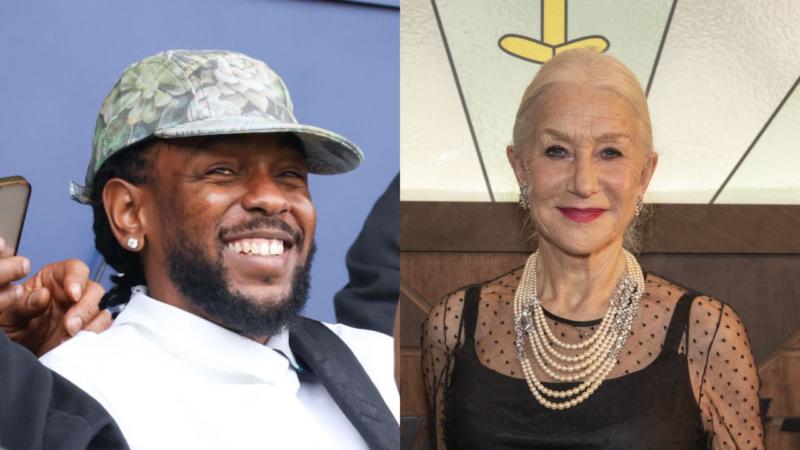 Kendrick Lamar has dropped another visual from his Grammy-nominated album, Mr. Morale & The Big Steppers. Lamar released the video for “Count Me Out” on Friday, making it the fifth video from the album.

Lamar brings in Hollywood icon Helen Mirren to play the part of his therapist in the video. The visual opens up with Mirren and Lamar at a therapy session as he sits at a piano.

If you were lucky enough to attend one of the sold-out shows for the album’s tour, Mirren’s voice might sound familiar. She is heard “speaking” to Lamar throughout the show to model therapy sessions.

Forever embodying the “move in silence” mantra, Lamar did no heavy promotion or roll-out in preparation for the visual.

Free posted a picture of him and his artist, captioned “Tmw.”

Since its release, Lamar has replaced all posts on his Instagram with a video clip. Within an hour of its release, the video gained over 300k views on YouTube.

The release of the video for “Count Me Out” rounds out the year for Lamar after the releases of “The Heart Part 5,” “N95,” “We Cry Together,” and “Rich Spirit.”