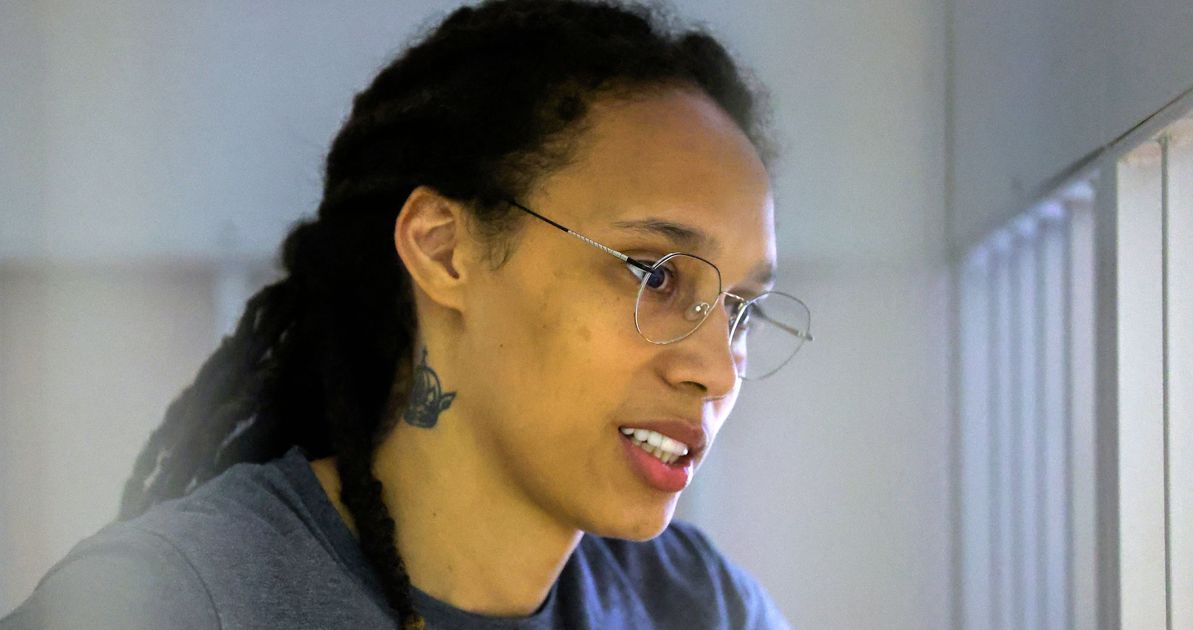 It’s been two weeks since Brittney Griner returned to the United States after she was held in Russian custody for eight months. In light of this victory, it’s important to pause and give credit where credit is due. At a time when small-scale activism can feel futile, Black women-led teams stepped up and proved that there can be immense value in community organizing. Here are three techniques Black women used this past year to create real change in what felt like a hopeless situation. All of us should be taking notes.

Despite the shitstorm of news from this past year, there was a sustained stream of attention brought to Griner’s detention by Black women. This put relentless pressure on the Biden administration to continue negotiations with Russia. A coalition of Black leaders, activists, and organizations launched a campaign called We Are BG, which was meant to bring attention to Griner’s case long after she was first locked up on Feb. 17. Karen Finley, who was a consultant on the campaign, told NBC News that its purpose “was to keep the awareness going.”

But it was also individuals on social media who kept Griner a part of the cultural conversation at a time when news cycles tend to last a day or less. On TikTok, queer Black women creators made all sorts of Griner content and Black Twitter kept conversations about Griner alive on the platform. In October, Fatou Sadio tweeted a picture of a We Are BG sign from the National Women’s Soccer League championship that prompted people to send letters of support and encouragement to Griner. “The line is so long too because we all love & are praying for the safe return of Brittney Griner,” she wrote.

If you have a platform, use it to raise awareness.

Kierra Johnson, the executive director of the nonprofit National LGBTQ Task Force who is Black and also identifies as bisexual, has spoken about how important it was for her to prioritize bringing Griner home. “I was like, why am I crying? I do not know this woman. I am acting like my cousin is coming back,” she told nonprofit publication The 19th, referring to the moment she learned about Griner’s release. “I started to question if this was going to stay a priority of our own government, because she literally embodies the identities that are under greatest attack right now: Black, queer, woman.”

Victoria Kirby York, the public policy director of National Black Justice Coalition, an organization that advocates for Black LGBTQ people that repeatedly made calls to bring Griner home, saw Griner’s release as a major win for Black women. “Brittney’s situation is a sign of progress, a sign that our nation has moved tremendously,” she told The New York Times.

The advocates in these communities showed that when members of a community rally around each other, great things can happen.

Band together. There’s power in numbers.

Several Black-led grassroots organizations pushed for Griner’s release. Among them was the Southern Black Girls and Women Consortium, led by LaTosha Brown. Brown told NBC News she began to advocate for Griner as soon as she learned that the basketball player had been detained in Russia. There was also Win With Black Women, a collective that spearheaded a letter of support for Griner, per NBC.

In June, We Are BG wrote to the Biden administration asking them to take more action on Griner’s case. “Brittney’s intersectional identity embodies this celebration of America’s strength and diversity,” their letter read. “President Biden and Vice President Harris, we urge you to make a deal to bring our teammate, wife, sister, hero, and friend Brittney Griner home swiftly and safely.” They managed to get several prominent signatories, including GLAAD and the NAACP.

The relentless advocacy by Black women in prominent positions, as well as people who kept the conversation about Griner alive on social media, all contributed to building the pressure that would eventually lead to her return. This is the same sentiment that created massive demonstrations that have changed minds and addressed injustices in the past. There’s a lot more work to be done to exonerate unjustly incarcerated people, but the force that helped free Griner is a blueprint worthy of examination.

These Iconic Women Serve The Best Style In The Biz, And They’re All Over 40

Will Smith Says An ‘Emancipation’ Co-Star Spat On Him While Filming: ‘I Was Like Whoa’

Brittney Griner Is Back In The U.S.

Inside The Online Community Where Home-Schoolers Learn How To Turn Their Kids Into ‘Wonderful Nazis’
3 Black Women With Links To The Chicago Area Were Victims Of LA Mass Shooting
Nick Cannon Wipe ‘N Out Thousands of Dollars in Debt for 7 HBCU Grads #Shorts
Jury Rejects Lawsuit Filed By Family Of Tyre King, Ohio Teen Killed By Cop
Pitch Black | Bet on Black (Episode 3)