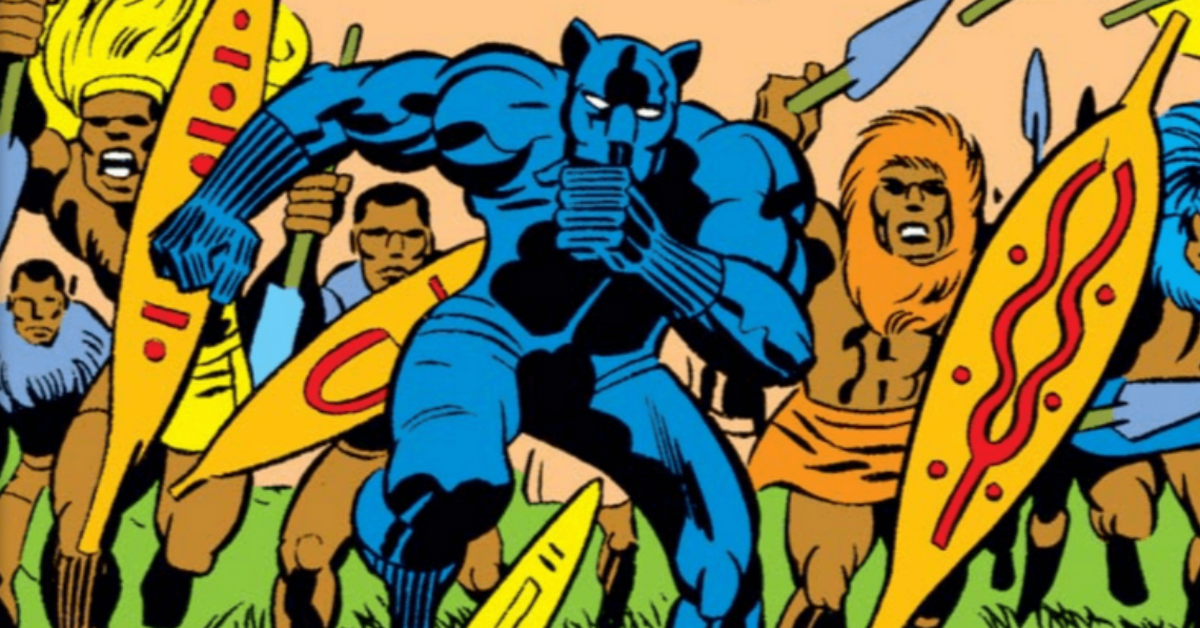 Black Panther: Wakanda Forever proved exactly what we expected of it and so much more. The film an absolute hit, a love letter to the late Chadwick Boseman, an ending to MCU’s Phase 4, and one of Disney’s absolute masterpieces of cinematography. Yet, the media powerhouse paints with such a large brush that it misses some spots from time to time. Unfortunately, this leaves certain narrative elements as just that, elements, instead of planting them and watching them bloom into another masterpiece.

Luckily, the fandom doesn’t forget. While we were all happy to see Shuri adorn the mantle of the Black Panther, another name was repeatedly referenced in the movie: Bashenga. Bashenga is the second Black Panther and the first King of Wakanda. Fans asked for a spin-off title to Wakanda’s first Black Panther when a talented Black artist, Shaun Harrison, created concept art for Bashenga, the First Black Panther. The artist shared the art on Twitter along with a list of prominent characters and actors who would portray them.

The concept was done using various processing software, including the popular AI program Midjourney, and further processed using Adobe Photoshop and After Effects. The results are beautiful; the rendered scenes are stunning and incredibly detailed. According to the artist, the narrative of his concept art focuses on the five tribes of Wakanda, their struggle for control of Vibranium, their subsequent unification under Bashenga, and the isolation of the Jabari. However, Harrison’s post offers more than just visual art; it also provides casting.

The artists listed John Boyega, who also starred in The Woman King, as the titular character, and Brian Tyree as Phastos — reprising his role from the Eternals. Other prominent names include singer Burna Boy and rapper Doechii, with Harrison providing a whole list of musicians that would provide the music for the release and a choreographer. Kudos where kudos are due because Harrison really thought this idea through, listing Misha Green of Lovecraft Country as the film’s director.

The entire concept art was designed as an official first look, intended to be seen as something Disney was seriously considering as part of their 2024 slate. However, the fact that the entire concept was fictitious didn’t do much to quell the collective imaginations of those who had seen it. In fact, it has sparked an online movement, with fans calling out Disney to make this project a reality, begging the question of why Disney hasn’t considered this before. It’s evident that Black Panther is among the favorite MCU characters, so why not give the fandom what it desires?

Well, that’s a hard question to answer, but considering just how popular Black Panther films are, this can be brought to Disney’s attention with a lot of public noise. Who knows, maybe the House of Mouse finally agrees to grant the fandom its wishes and even make some money along the way. Admittedly, some minor discrepancies exist between the films and the proposed concept art. Still, interestingly enough, the first film left enough room for the retelling of the tale of the first Black Panther.

In Black Panther, when T’Chaka’s brother N’Jobu (Sterling K. Brown) tells his son N’Jadaka about the origins of Wakanda, the meteor that brought the Vibranium, and a warrior shaman who became king and the first Black Panther. However, that story doesn’t name the warrior shaman. Since Bashenga was mentioned as the first king of Wakanda, many MCU fans believed that the opening story in Black Panther’s narrative was actually about him.

Except it isn’t. While Bashenga was the first King of Wakanda, he wasn’t the first Black Panther — it was Mosi of the Panther Tribe. According to official comic book lore, Mosi wasn’t even the first to eat the Heart-Shaped Herb. However, being favored by the panther goddess Bast, who led him to the Herb, he was the first to survive the transformation process due to her blessing.

Mosi was the first to unite the Wakandan people but under the guise of their protector, not their ruler. He was later killed in battle by the Giants of Jotunheim (presumably Byleistr and Helblindi), which led Wakandans to break apart into disparate tribes once again. It wasn’t until the coming of the second Black Panther, Olumo Bashenga, that the tribes were reunited again into the Kingdom of Wakanda. However, considering that the opening story of the first film doesn’t actually name the warrior shaman, the MCU could easily neglect Mosi from the comics and focus solely on Bashenga.

The first Wakandan King recognized the cosmic energies of Mena Ngai (The Great Mound) would erupt catastrophically. So, he used the Vibranium to forge two weapons to absorb these energies, Skybreaker and the Spear of Bashenga — the latter used by Wakandan royalty as a status symbol. Once these two weapons had absorbed the negative cosmic energies from the Mound, Bashenga threw them far away. The capital of Wakanda, Birnin Bashenga, was established where the two weapons struck into the ground.

Bashenga’s legend has been a massive part of the entire Black Panther narrative and will unquestionably continue to be so if a third Black Panther is ever made. Hopefully, Marvel and Disney will take a good hard look at this concept and realize that it’s entirely worth doing. It could be the third Black Panther film that would lead to the creation of the first Avengers team, the Stone Age Avengers. It could even be translated into a Disney+ series as part of some upcoming Phase. One thing is sure; the fandom would absolutely pay to see the film/show based on Shaun Harrison’s work.