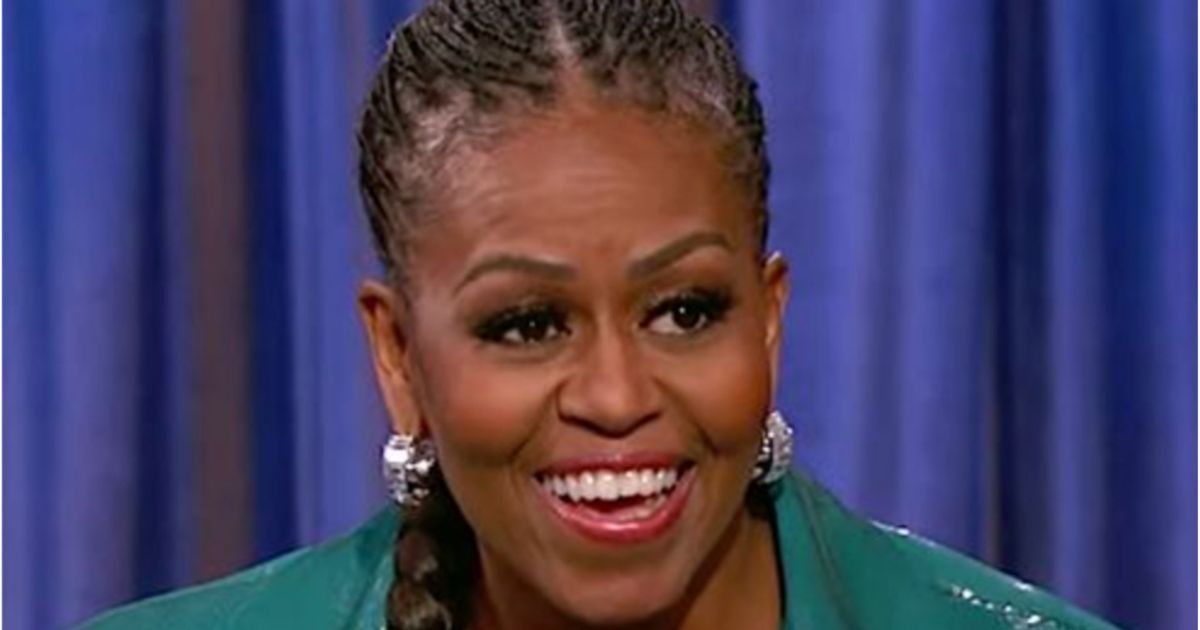 Michelle Obama has the best response to the now-viral moment of a woman gushing over her husband’s looks during a campaign event.

That is until Kimmel played the footage on his show for her from the scene that’s accumulated more than 8 million views on Twitter in the two months since it was posted.

“He came home, that’s the first thing he said. I was like, ‘How’d it go?’” Michelle Obama recalled on Monday’s episode, revealing that the comment was the highlight of her husband’s day. She said he told her, “‘Somebody said I was fine.’”

As for her reaction to the teasing moment? “I was like, ‘Oh, really, that’s so sweet,’” she said, as the audience laughed.

The moment took place on Oct. 29 while the former president was campaigning in Detroit for Democratic candidates in the midterm elections.

After quipping that being on the trail “feels a little harder than it used to” and “not just because I’m older and grayer,” a woman in the audience couldn’t help but totally disagree, shouting out that the 61-year-old was “still finer than a motherfucker.”

As the crowd erupted in laughter, Barack Obama chuckled and turned around to look at the woman before asking her to repeat what she said.

“She said I was still fine,” he told the cheering crowd. “I’m not going to tell Michelle you said that — although Michelle does agree. She knows.”

During Monday’s episode, Kimmel asked Michelle if she shares stories like that with Barack, to which she jokingly fired back, “He doesn’t need to know all my business.”

Last month, the author of “The Light We Carry: Overcoming in Uncertain Times,” wrote on social media about the keys to a successful marriage and the importance of compromise.

“Over the years, a lot of young people have asked me about marriage. And my response usually goes something like this: You have to prepare yourself for long stretches of discord and discomfort. You have to learn how to make real compromises in the way you’ve lived as an individual. Glamorizing a relationship while you’re dating will lead you straight to difficulty once you’re married. You can’t paper over problems when you’re living with someone day in and day out,” she wrote on Instagram.

Michelle, who celebrated 30 years of marriage with Barack in October, added: “So you’ve got to ask yourself: What are you trying to get out of this relationship? Have you truly thought it through? Do you want a wedding or do you want a lifelong partnership? Those are two very different things. Together, you are answering the question: Who are we and who do we want to be?”

“The Light We Carry” is now available in bookstores nationwide.

Michelle Obama Explains The Real Meaning Of Her Iconic Saying