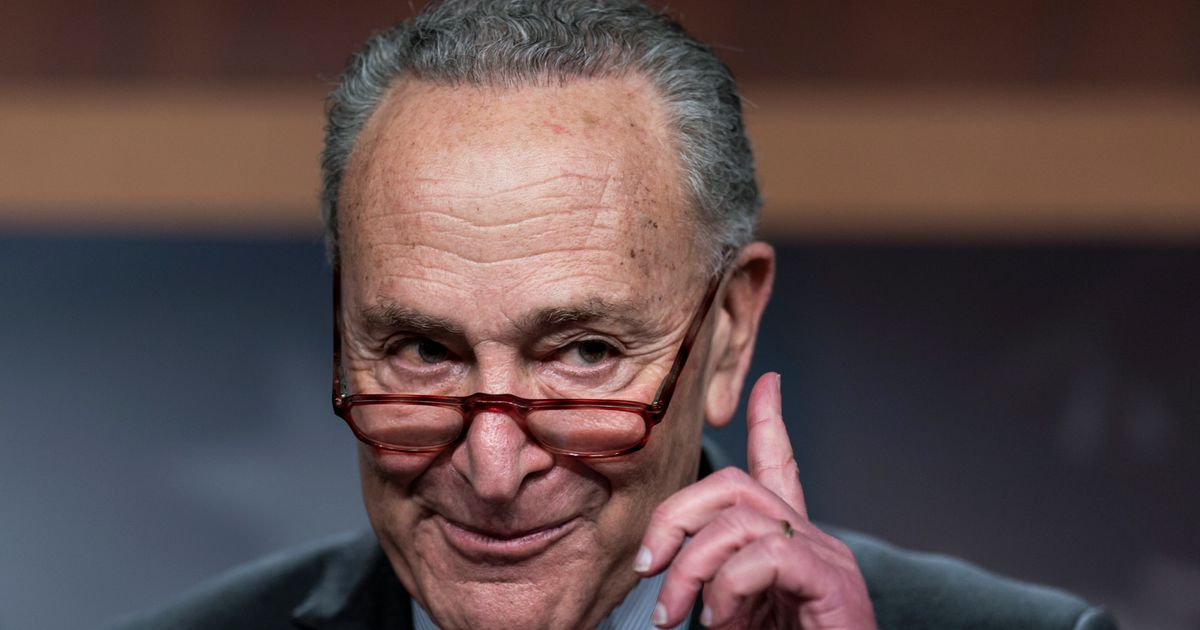 For years, Sen. Mitch McConnell (R-Ky.) has been crafting his legacy as the Senate leader who played the long game to stack the nation’s federal courts with conservatives.

But with two years under his belt as Senate majority leader and a strengthened majority heading into the next two years, Sen. Chuck Schumer (D-N.Y.) is showing that he’s playing the long game for confirming Democratic-appointed judges, too.

Schumer has been helping President Joe Biden outpace past presidents with his judicial confirmations. The Senate has confirmed 96 of Biden’s lifetime federal judges as of Tuesday. That’s more than Donald Trump (85) and Barack Obama (62) had confirmed by this point in their presidencies. If the Senate tops 100 confirmations by the end of the year, which is Schumer’s goal, Biden will surpass former President George W. Bush, too.

Perhaps more remarkable is the diversity Biden’s already put onto the courts. Of his 96 judges, 75% are women, 68% are people of color, 48% are women of color and 24 are Black women. That’s a huge departure from the nation’s breathtakingly white, male federal judiciary. His court picks are professionally diverse, too: some are public defenders, voting rights lawyers, and union organizers, in addition to historic firsts with Native Americans, Black women, LGBTQ picks and Muslim Americans.

These judges will forever be categorized as Biden appointees. But Schumer has been instrumental in ushering them all through. He already considers his record of confirming Biden’s judges one of his greatest accomplishments as Senate majority leader.

Schumer has pushed through all of these judges despite significant challenges in the Senate. The chamber has been split 50-50, along party lines, for the entire time he’s been in charge. That has meant he hasn’t been able to lose a single Democrat when holding confirmation votes. COVID has made it harder to schedule votes. He’s had to take extra procedural steps to force some of Biden’s court picks out of the Judiciary Committee, where they were stuck after the panel tied along party lines. In one case, Schumer had to summon Vice President Kamala Harris to the chamber to break a tie to confirm Jennifer Sung, now a judge on the U.S. Court of Appeals for the 9th Circuit.

“Many, many, many days” were lost because of GOP delays on Biden’s court picks, said Schumer, nestled in an armchair by a roaring fire in his office fireplace. “Weeks. And I don’t mean four-day weeks. I mean, if you put all the hours together, it would be like seven-day weeks, 24 hours a day.”

These obstacles will largely go away in January when Democrats hold a 51-49 edge over Republicans. It’s only one more seat for Democrats, but it makes a huge difference in how the Senate will operate, particularly when advancing judges. And Schumer has a target for what he wants to accomplish in the new Senate structure.

“One of my goals is to achieve balance on every one of the courts of appeals,” he said. “We’ve achieved it in a bunch already, but we have more to go.”

Asked if he means his target is to reshape all of the appeals courts with Biden’s nominees by the end of his first term, Schumer said, “It depends on [judicial] retirements, but yes.”

McConnell made confirming appeals court judges a huge priority when he was the Senate majority leader under Trump. Republicans swept the nation’s appeals courts so much that by the time Trump left office, nearly one in every three appeals court judges was a Trump pick. And a number of those judges were, well, ridiculously bad.

Schumer appears poised to try to offset that reality. For the moment, Biden has confirmed 27 appeals court judges compared to Trump’s 30 by this point in his presidency.

“Any right-wing group can find a group of judges that might go along with them” at the district court level, he said, but it’s a different situation at the appeals court level, where three-judge panels consider appeals to cases decided at the district court level. Because the Supreme Court only takes up a tiny number of cases it is asked to review by the nation’s 13 appeals courts ― between 100 to 150 cases out of the more than 7,000 it receives every year ― the decisions handed down by appeals court judges tend to be the last word in federal cases.

For context: Of the whopping 54 appeals court judges that Trump confirmed in four years, not a single one was Black, and only 11 were women. And well into Trump’s presidency, by the time he notched his 200th confirmed judge, just nine of his judges were Black.

“I feel vindicated that we’re counterbalancing the bench,” said the New York Democrat. “I think our people are so good and so capable and so diverse.”

In terms of changing tactics for confirming judges in a Senate with a slightly stronger Democratic majority, Schumer said the only real difference would be that he plans to do more, faster. Republicans will be in the majority in the House come January, which only makes confirming judges a bigger priority, given that the Senate doesn’t need to wait on the House to get these done.

“The pace will accelerate significantly,” Schumer said, who seemed legitimately excited about how much easier it’s about to get to move judges ― and the kinds of judges that Democrats want to be confirmed.

“I believe in diversity very much,” he added, “because the bench should reflect America.”

Audible’s Black History Month Slate Includes Originals Featuring Queen Latifah, Tessa Thompson And More
An 8-Year-Old Michigan Girl Saved Her Great-Grandmother After She Got Stuck Under A Car
Testimony in R. Kelly Trial Set to Resume Thursday
Dominican Man Stranded Alone On Boat Survived On Ketchup And Seasoning For 24 Days
Who Was Tyre Nichols? Man Beaten To Death By Memphis Police Was A Skateboarder, Father And ‘Beautiful Soul’