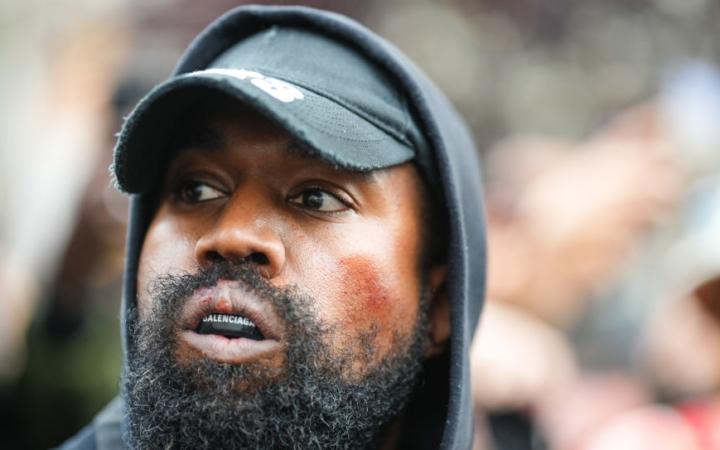 When news hit the internet that the popular term, “White Lives Matter” had its trademark repurchased by Quinton Ward and Rames Ja of Civic Cypher, the internet immediately went into an uproar. Many felt as though it was a smart move, while others believed it was a misstep and should be left alone.

The radio show duo has made it a point to ensure that their latest buy is recognized as a purchase for the Black community and to help more conversations regarding race in America begin. “We hope that by having these conversations and talking about these issues, we’re empowering those allies to then take the conversations into their homes, into their circles, and talk with their racist uncles. We give them the tools they need to diffuse this type of content throughout their circles as well,” Rames Ja stated in an interview with Complex.

The phrase initially regained popularity after Kanye West (professionally known as Ye) incorporated it into his latest collection through his clothing line, YZY. From there, the phrase got immersed into our culture after lying dormant for years. Prior to the collection’s release, the phrase was more prominent throughout the pandemic, especially amid the death of George Floyd in 2020. And even more so, after the death of Trayvon Martin and acquittal of George Zimmerman in 2013. The movement serves as a racial inequality hub and highlights the impact of racism in America through their demonstrations over the years. After the release of his collection, Ye took things a step further after sharing his antisemitic views which considerably did not go over well to numerous cultural groups, including some of his fans.

The cultural impact that Black Lives Matter has had is on a grand scale. The movement opened up the door for tough conversations about being Black in America and the realities of racism. The mockery that was made of the foundation that had been set was not appreciated by many. But it does show the trend that was set for even more expressive demonstrations across the country. ‘White Lives Matter’ supporters have since formed their own groups to express their ideals and perspective to the world.

The purchasing of ‘White Lives Matter’ is a new take of Black ownership and a creative way in what some may call taking your power back  in the form of a “one-up” to supporters of the movement. Now, every time the phrase is used Black men will receive money despite much of the money that comes from. The duo expressed their understanding of the responsibility that comes with owning the phrase, but is hopeful that a positive resolution will come from it. “Best case scenario, it just goes away. Nobody wants to sell the shirts. Nobody’s saying the phrase. It’s not popular anymore. It’s not buzzing. It’s not hot,” Quinton Ward replied when asked about their hopes on the outcome.

For all of the controversy that arose from this situation, it is a relief to see someone taking a stand and a fight towards helping minimize negative messaging surrounding the African American community.  While this can be a step in the right direction, there is still a longer journey that needs to be taken before there is more of an equal playing field.

To hear more about this and hear Civic Cypher’s engagement with their community, click here.

Sherdell Baker is a senior journalism major student at Hampton University. She seeks to bring the quintessential views of contemporary college culture to the masses. Check out more from her here.

Twitter Rallies Around TikTok Influencer Keith Lee As He Responds To TV Producer Who Appeared To Accuse Him Of Stealing Idea
5 Ex-Memphis Police Officers Involved In Tyre Nichols’ Death Arrested On Murder Charges
Octavia Spencer Says She Experienced More Racism In Los Angeles Than In The Deep South
New Orleans Mayor Speaks Out After Being Accused Of Having An Affair With Police Officer
Jury Rejects Lawsuit Filed By Family Of Tyre King, Ohio Teen Killed By Cop