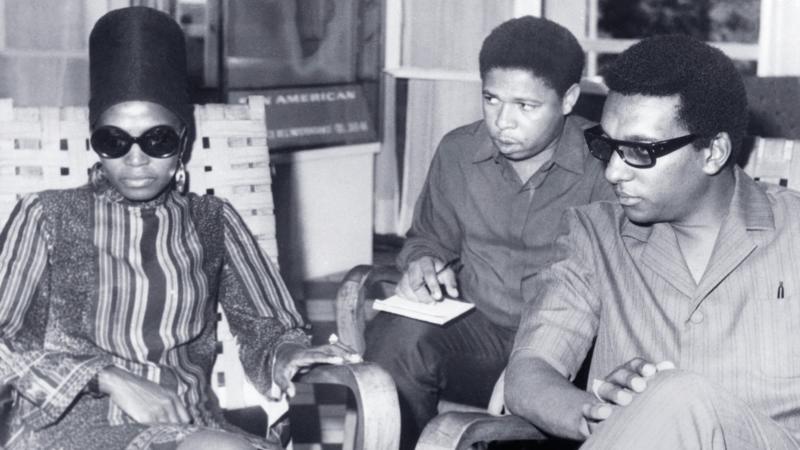 If you believe a certain faction of right-wingers, Raphael Warnock got re-elected thanks to the “violent” Black Panthers.

That, at least, was a claim made by Kelly Loeffler, a former senator from Georgia who was the first senator to lose a runoff election to Warnock back in 2021.

As can be expected, many of Loeffler’s followers pointed out her hypocrisy, claiming that she didn’t have a problem with the Second Amendment when armed white men threatened potential voters, but seemed to have a problem with armed Black men in the form of the Black Panthers providing a protection service for the poor, sick and elderly.

This all sounds about white right. After all, who better than a white woman to truck in tired stereotypes about Black men being threatening, violent and aggressive? It’s a racist trope that’s as old as America itself.

And it’s also a fine illustration of how much Americans get wrong about the Black Panthers to this day.

Who are the Black Panthers?

Yes, all the way back in 1966, the Panthers were pointing out that police brutality — especially against the Black community — was getting out of control, proving that the more things change, the more they stay the same.

Perhaps it’s due to their willingness to call out the cops — or perhaps it’s because their self-proclaimed aim is to promote Black liberation — or perhaps it’s a bit of both. Regardless of the rationale, misconceptions about the Black Panthers still exist today. Here, once and for all, are the top five myths about the Party and what the truth is behind their contributions.

‘The View’ Fans Want Rachel Lindsay As A Permanent Co-Host: ‘She Brings A Freshness To The Table’
Ron DeSantis Threatened With Legal Action Over AP African American Studies Ban
Brian McKnight And His Wife Leilani Welcome Baby Boy
Jury Rejects Lawsuit Filed By Family Of Tyre King, Ohio Teen Killed By Cop
What Is The Purpose Of Smart Contracts & How Can You Benefit From Them? | MetaMoney