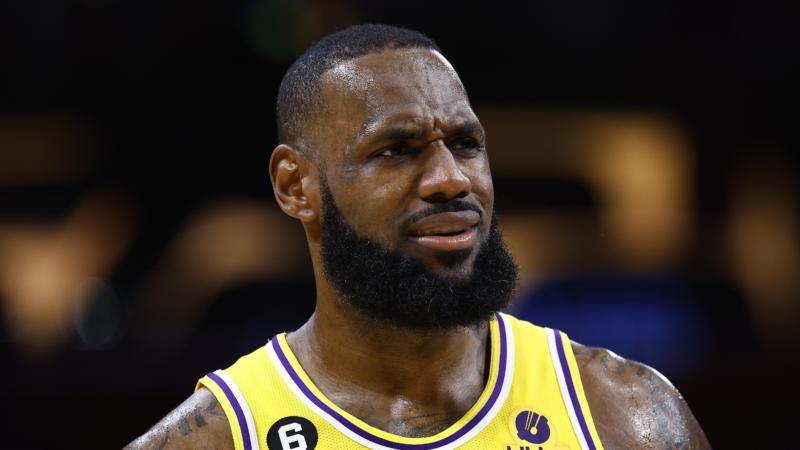 After the Los Angeles Lakers‘ win over the Portland Trail Blazers on Nov. 30, LeBron James reversed the roles on the media. During the post-game press conference, James took control. He called out what he considered to be a “double standard” on what reporters asked his opinion on.

@SpectrumSN shared a clip of the 37-year-old player calling the media to the carpet.

“I got one question for you guys before you guys leave,” James began.

“I was thinking when I was on my way over here, I was wondering why I haven’t gotten a question from you guys about the Jerry Jones photo. But when the Kyrie thing was going on, you guys were quick to ask us questions about that.”

As a reporter attempted to cut in, James asked him to “hold on” so he could continue.

“When I watch Kyrie talk and he says, ‘I know who I am.’ But I want to keep the same energy when we’re talking about my people and the things that we’ve been through.”