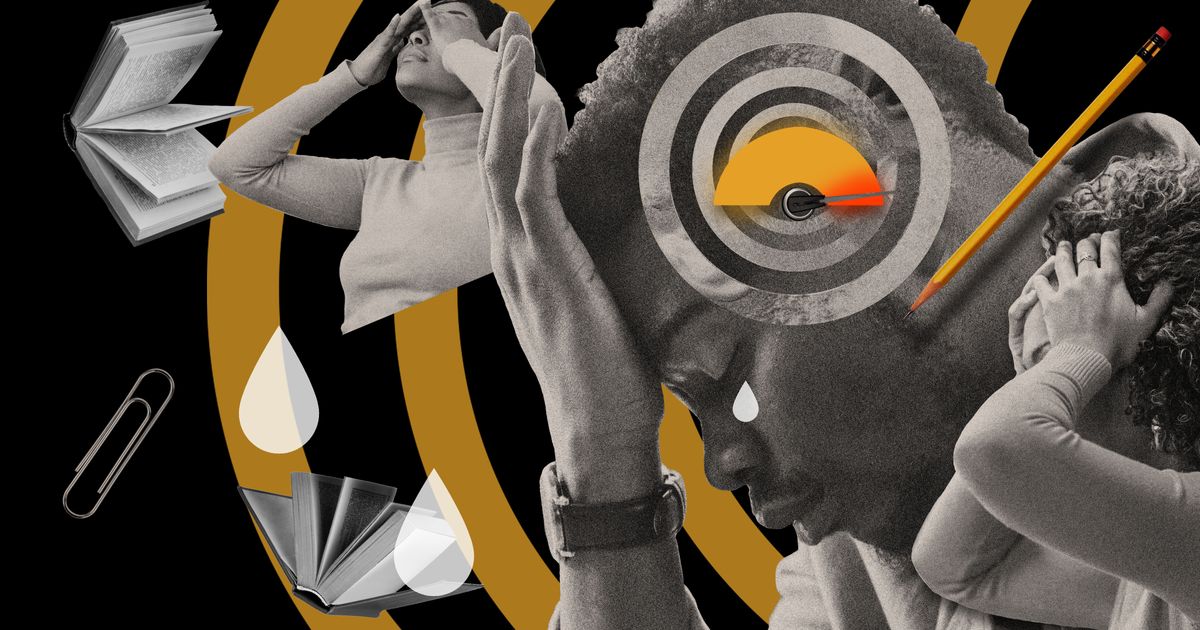 College was extremely difficult for me. When I was an undergrad at Fayetteville State University, an HBCU in North Carolina, I juggled academics, part-time jobs, relationships and other obligations. I was a walking ball of anxiety wrapped in the “strong Black woman” trope that we all still insist on upholding. And that, if you can imagine, was five years ago — pre-pandemic.

The collective trauma of COVID-19 paired with heightened racial tension in the wake of the George Floyd protests has had a profound impact on Black students. Many counselors at Historically Black College and Universities (HBCUs) are noticing this effect in their students and the heavy toll that it is taking on their mental health. After a little digging, I found that not only has the need for counseling increased among Black students, but the severity of certain mental illnesses might have too.

“People are very much feeling disconnected from a lot of things. From classes, from their friends, from families. That could have a huge impact upon other areas of their lives,” said Vivian Barnette, counseling director at North Carolina Agricultural and Technical State University.

Sometimes, however, it’s not as easy to detect what’s clearly a crisis in the community. In Baton Rouge, Louisiana, the number of students seeking counseling at Southern University and A&M College is just about the same as pre-pandemic, after opening back to in-person sessions. But counseling director ValaRay Irvin explains that many of her counselors are now seeing more students presenting with increased anxiety, depression and lack of motivation.

Rates of depression and anxiety among Black students have been increasing at a staggering rate. A study from the National Institutes of Health found that approximately 34% of Black students reported feeling “so depressed in the last year it was difficult to function.” Black students attending HBCUs have also been dealing with the additional stress of bomb threats at their universities, and suddenly not having access to abortion services in the wake of Roe v. Wade — Black women are disproportionately affected by this. Eighty-six HBCUs are in states that have already restricted access to abortion, and many more are in the process of challenging reproductive rights, a factor that undoubtedly adds to the stress and anxiety Black students are already experiencing.

“It’s ridiculous,” said Gabrielle Oliver, an alumna of Howard University. “When people say abortion is health care, it really is true. The [maternal] mortality rate for Black women is so high. It’s really scary right now.” According to the According to the CDC, Black women in the United States are three times more likely to die from pregnancy-related complications, and abortion restrictions could increase the maternal mortality rate among Black women.

These are just a few factors that make it clear that Black students need mental health services — both talk therapy and sometimes meds — now more than ever, but with the increase in students seeking counseling, some universities are having trouble meeting their needs.

“All of us directors have been talking about how the demand is much higher than our staff availability,” said Barnette, about counselors at N.C. A&T having difficulty accommodating every student. The university is looking for solutions, one of which is utilizing wellness apps when in-person options aren’t available.

India Mallard, a senior at Bowie University in Maryland, thinks it’s incredible her university is also providing telehealth and after-hour crisis services for students at the counseling center. She explains that her sessions are now “primarily telehealth” because it is easier for her as a commuter student.

Mallard also noted that Bowie heavily promoted their wellness center services before the pandemic. Counselors would even send surveys to students to assess their mental health. After the quarantine period though, she saw an extra push in outreach. “I think [Bowie] has always understood the mental awareness aspect, but it intensified after the pandemic. They pushed extra hard for the relationship between the staff and the students,” she said.

Even prior to the COVID-19 pandemic, Carolyn Moore, who was a counseling director at North Carolina Central University for 16 years before retiring in 2021, says she had seen a significant increase in Black students seeking counseling due to increased stress and anxiety among students. However, NCCU did find the funds to expand the program.

“I was fortunate enough to have a lot of very good support from the university. And we were able to hire additional staff,” Moore explained. “So students have not been turned away, and they did not have to wait long. Probably within 10 days to two weeks, students were able to get an appointment.”

Many HBCUs are not as fortunate when it comes to providing extra resources for students’ needs. It’s no secret that HBCUs have experienced systemic racism and been grossly underfunded for decades. A Forbes study earlier this year showed that several HBCUs between 1987-2020 have been underfunded by at least $12.8 billion dollars when compared to their predominantly white counterparts. Some HBCUs are getting more funding under the American Rescue plan but half of that money is going to be used for “financial relief for students.” Where does that leave the counseling departments?

“The ratio of staff to students may be lower at some HBCUs, so that makes a difference,” Moore said. “It makes a difference in whether a student could get an appointment right away, and sometimes it could be the quality of care.” To her point, chronically underfunded HBCUs often lack resources in aspects such as financial aid, scholarships, housing and other health care resources, such as insurance for students.

I learned that both NCCU and N.C. A&T use state insurance under Blue Cross and Blue Shield. And if students are covered under the university’s insurance plan, they can utilize many on-campus resources for no extra cost, and get funded if needing outside referrals. While this is the case at many HBCUs, it’s important to note the array of nuanced challenges (including a pervasive and bias in the American health care system) that young people of color face when seeking and keeping a therapist.

In many Black communities, seeking help with mental health issues is still sometimes perceived as a weakness — although social media movements are steadfastly trying to combat this stigma. And then, there’s the problem of representation: Many studies show that only about 2% of the psychology workforce is Black, while 85% is white, which can discourage Black students from finding care (imagine how much time during sessions is spent providing cultural context). On campus, the stats are a little better, but they’re still disheartening ― according to a 2020 survey from the Association for University and College Counseling Center Directors, on college campuses, “close to 61% of counseling center staff are white, and 13% are Black.”

Ultimately, the quest to support young Black Americans navigating mental illness will need to be multi-pronged. Raising awareness is a priority. Letting students know that depression and anxiety are real health conditions, not imagined ghosts haunting them, will be crucial. Some HBCUs have begun holding summits to address the mental health care needs of their students. Even celebrities, such as Taraji P. Henson, started foundations and have raised substantial funds to offer “free mental health services” for Black Americans.

The administrators I spoke with are innovating every day, not just by adding the option for wellness apps but with other options for students to see counselors virtually. Counselors agree, though, that dismantling stigma and providing awareness should be the first step, especially for incoming freshmen.

“We did a lot of workshops and presentations on depression and stress management and topics we felt would be helpful to students. We did work with recreation to do programming on how you can use physical exercise to manage your stress,” said Moore. “We even did mental health first aid which was courses students and staff could take… and help them recognize when they’re having an issue, and help them get to the appropriate resources they need.”

This attitude could not only end the stigma of mental health that revolves around the Black community but could also encourage students to not suffer alone. “Sometimes [students] that attend HBCUs may not have ever met with a therapist or anyone, and know what it’s like,” Barnette said. She believes that HBCUs that may not have adequate resources could partner with organizations within the community, or universities could reach out to private practitioners who do pro-bono work.

“I would like to see more conferences centered around mental health in the Black community. I don’t feel like there is enough,” Mallard said. “I think having more [mental health awareness] events and being more mindful would be very beneficial.” She also believes HBCUs could implement stress-relieving techniques such as allowing “mental health” days off for students before major exams, so they don’t have to worry about classes and can focus on studying and preparing themselves.

Irvin believes that addressing mental illness should have been a priority for Black students even back when she was an undergraduate student at Southern University 30 years ago. “You know in our community we haven’t always been comfortable with the word ‘mental health,’ and there’s still some stigma around that. I am concerned for institutions that can’t provide these services, because [mental illnesses] are far more prevalent now,” she said. “When we think about the whole student, we can’t separate their mental wellbeing from how we want them to succeed academically. It just doesn’t work that way.”

The truth is, we can’t separate our mental wellbeing from our ability to succeed at anything. We deserve happiness and peace of mind, and we are willing to fight for it. And HBCUs appear to be fighting with us. But getting the care we need means dismantling the largest systems at play here ― ones that have disregarded Black health and humanity for centuries.

Why Are Historically Black Colleges Fighting For Survival?