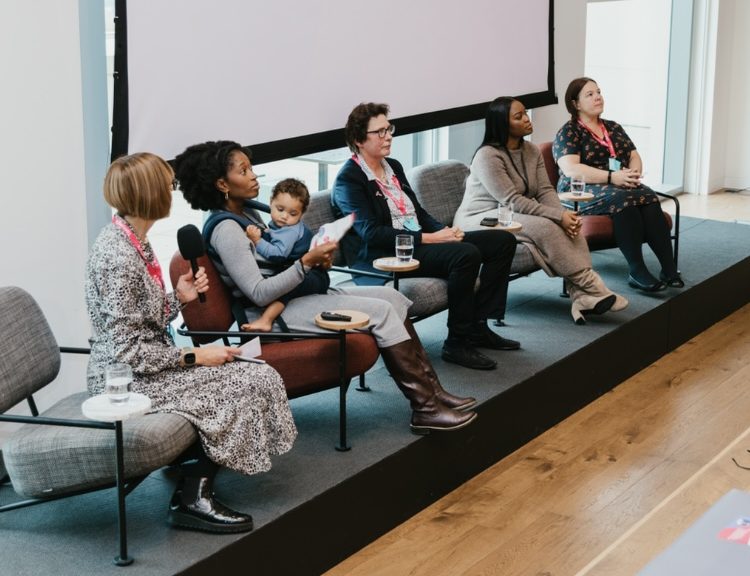 A calculator developed for use in clinics by experts in miscarriage is now available for women and pregnant people across the UK, helping them understand their chance of a successful pregnancy and access personalised advice on tests, treatment and lifestyle changes.

Developed by Tommy’s National Centre for Miscarriage Research, the Tommy’s Miscarriage Support Tool is designed to reassure, guide and empower women and birthing people who have had 1 or more miscarriages as they consider a next pregnancy or are in the early stages of pregnancy.

The tool – available through a website on phone, tablet or desktop – asks for age, BMI, polycystic ovary diagnosis, number of previous miscarriages and number of previous live births to accurately determine the probability of a successful next pregnancy.

It’s based on an algorithm developed by the Tommy’s National Centre for Miscarriage Research and University of Warwick that uses data collected in the Tommy’s NET database from 1,800 women who have participated in miscarriage research studies.

Extra information entered into the tool, such as ethnicity and smoking status, does not contribute toward the calculation of healthy pregnancy, but helps shape the resulting personalised supportive information and advice, which is backed by research and developed by Tommy’s researchers and midwives.

Tommy’s Miscarriage Support Tool has been designed to provide hope and encouragement to women and pregnant people who may have been discouraged by previous experience of loss, while also empowering them to advocate for their care.

Treatment and testing access varies across different parts of the UK, with women in some parts of the country not offered the care they are entitled to. The tool’s goal is for everyone, everywhere, to have the easily accessible up-to-date advice and support they need for their current or future pregnancy.

Alongside written advice, women and pregnant people whose results show them to be at higher risk of miscarriage will be offered 1:1 support with a Tommy’s health professional to discuss concerns and care options.

Additionally, Tommy’s recently introduced a new midwife video call service for Black and Black mixed heritage women to discuss any aspect of pregnancy, offering additional support to those most at risk and who find it hardest to get the care they need.

As research shows, poorer experiences for women and birthing people from minority ethnic or religious backgrounds are not necessarily down to biological factors, but bias within the healthcare system and wider social inequalities.

Research shows that Black and minority ethnic women and women from lower socio-economic backgrounds are at higher risk of miscarriage than White women and are also less likely to be offered the tests and treatments that they are entitled to after a miscarriage.

Deputy Director of the Tommy’s National Centre for Miscarriage Research and Professor of Obstetrics at the University of Warwick Siobhan Quenby has overseen the tool’s development and uses it with patients in her recurrent miscarriage clinics. She says:

“In my experience, parents often feel so anxious after their miscarriage experience that it’s difficult to have the confidence to try again. This fantastic tool gives information and support to help them as they consider a next pregnancy.”

Sharon Dhliwayo, who was part of the support tool user testing group, has previously experienced a miscarriage, a stillbirth and a pre-term birth. She says that the tool is “very empowering”. “If your GP hasn’t offered you a test or treatment, you can now ask because you know,” Sharon adds.

Dr Ria Clarke, obstetrician and member of the support tool advisory board, says that the tool is “absolutely something that you would want to use if you’ve had miscarriages. If this tool was available, it would have avoided a lot of Googling. It gave more support than I expected.”

Vanessa Haye, writer and Black women’s health campaigner, adds that the tool is “ground-breaking, and I trust that it will be a great source of hope and support for a lot of people, and in particular ethnic-minority groups that have faced challenges in their access to care and support after having a miscarriage.”

Tommy’s Miscarriage Support Tool has been created by Tommy’s – the UK’s largest charity funding research into stillbirth, premature birth and miscarriage – with support from the Tampon Tax Fund, a government scheme allocating funds generated from the VAT on sanitary products to projects that improve the lives of disadvantaged women and girls.