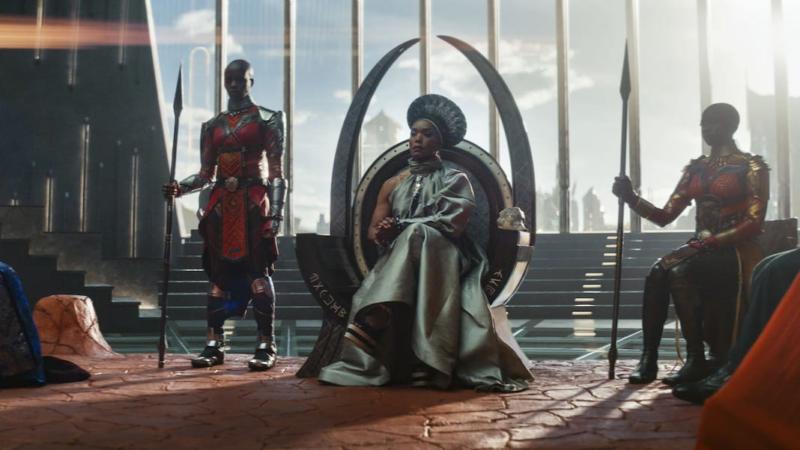 Like its 2018 predecessor, ‘Black Panther: Wakanda Forever‘ has been a phenomenon. The Marvel film, which grossed an estimated $330 million globally during its opening weekend, had fans mourning the loss of star Chadwick Boseman while rooting for Wakanda and the underwater nation of Talokan simultaneously. The movie has launched two highly-anticipated new Rihanna songs, renewed Oscar hopes for co-star Angela Bassett, and even spawned some raunchy NSFW memes.

Aside from its pop culture influences, ‘Wakanda Forever’ has also inspired new conversations about the history and present status of western imperialism, colonization and racism and how these systems of exploitation continue to impact various Black, indigenous and people of color.