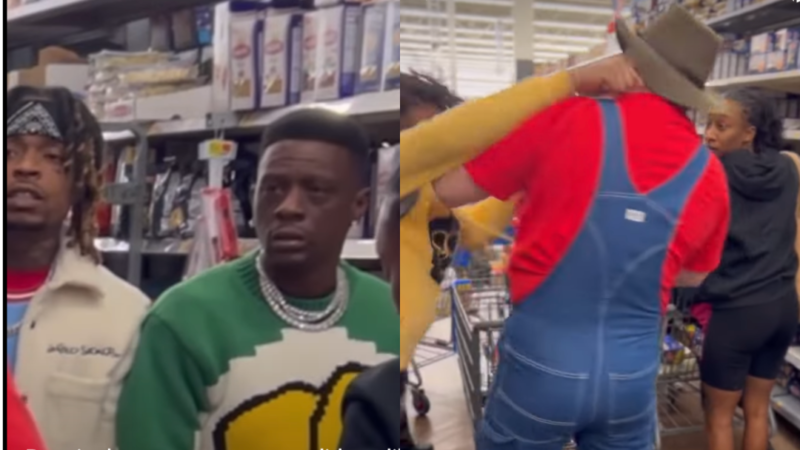 There’s no question that many online pranks take it entirely too far. Unfortunately, one YouTuber found out the hard way and it resulted in him getting socked in the jaw.

In a video clip circulating online, Baton Rouge rapper, Boosie BadAzz, was shopping for groceries when he was abruptly approached by a man in a cowboy hat and overalls. Boosie, who was accompanied by three men, a woman, and a child, were clearly unaware that the man approaching them was controversial YouTuber, White Dolemite.

White Dolemite has amassed over 51,000 subscribers to his YouTube page, primarily pulling pranks in which he refers to grown Black men as “boy.”

Do I, Or Don’t I Go Home For The Holidays?
Kanye West Slams Obama In New Interview, Says ‘We Got To Stop Dissing The Nazis All The Time’
City Of Uvalde Files Lawsuit Accusing County DA Of Withholding School Shooting Records
In A New Interview, Tina Knowles Opens Up About Uncle Johnny’s Devastating AIDS Battle
Overt Racism at the Palace