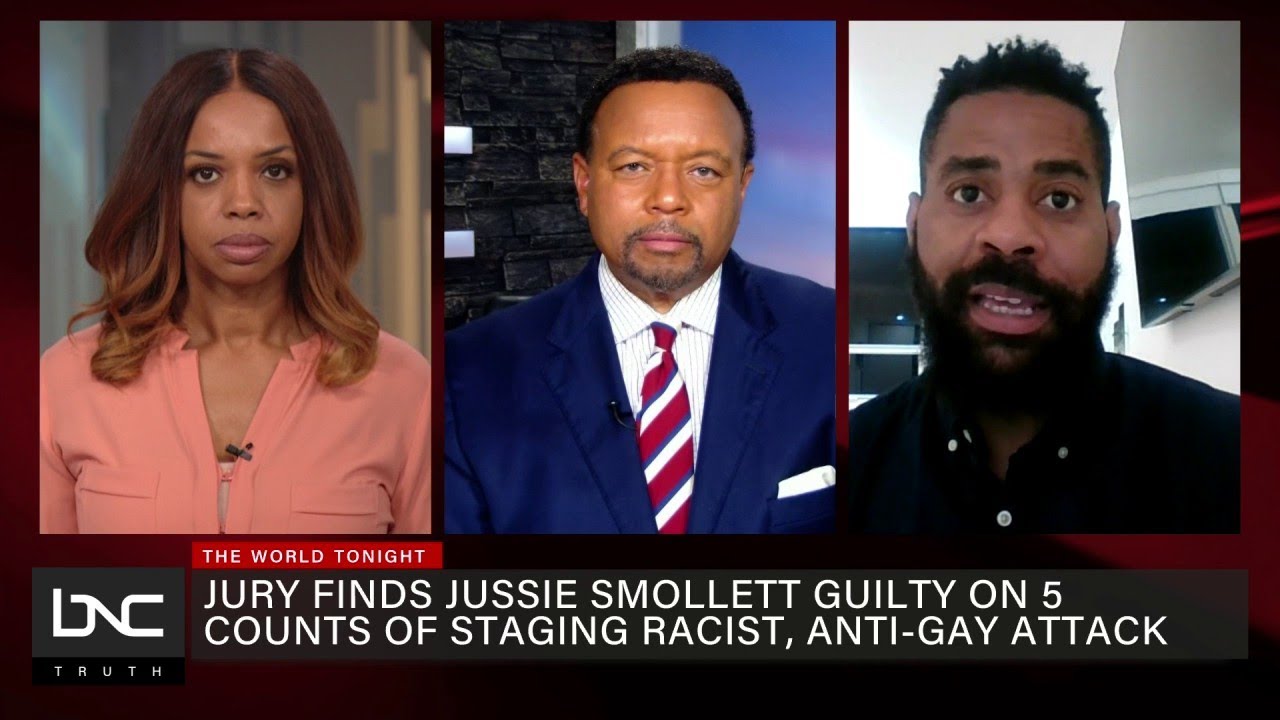 He is charged with staging an anti-gay, racist attack on himself nearly three years ago and then lying to Chicago police about it.

The jury found Smollett guilty on five counts and not guilty on the sixth count of disorderly conduct.

In the courtroom as the verdict was read, he stood and faced the jury and showed no visible reaction.