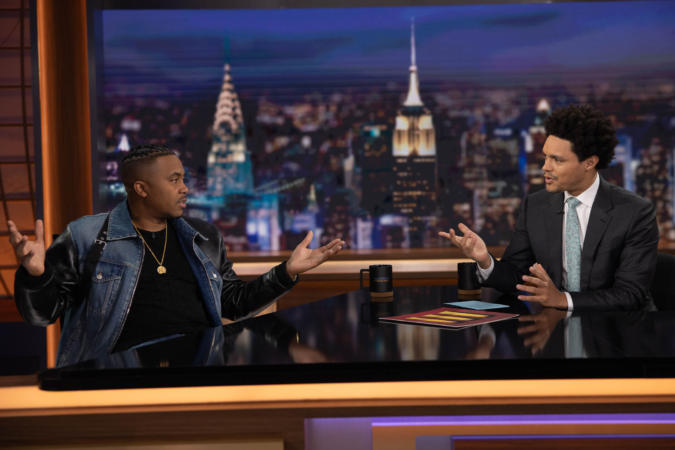 The hip-hop beef between Nas and Jay Z was one of the most memorable feuds in rap history. Fans got diss tracks like “Takeover” and Ether, and we will never forget Jay-Z publicly dissing Nas at Hot 97’s Summer Jam in 2001. The men ultimately squashed the beef and became some of the music industry’s highest-paid entrepreneurs. Fast forward to now, the New York-born rappers have been featured on songs together and even performed side by side. Time heals all. Or does it?

Nas, born Nasir Jones, was a guest on Comedy Central’s, The Daily Show with Trevor Noah. He is currently promoting his latest album, King’s Disease III. During the interview, Noah gave the “King of Queensbridge” his flowers and brought up his lyrics directed toward Jay-Z on his new project.

At the 1:37 mark, Noah reviews the legend’s ability as a lyricist and refers to the infamous clash between the rappers and how Nas was able to weave that into his recent project.

“I love how in here you talk about that beef and what it was, and how it disappeared. But how you’ll still text him saying, ‘You know this isn’t over, right?’” Noah said.