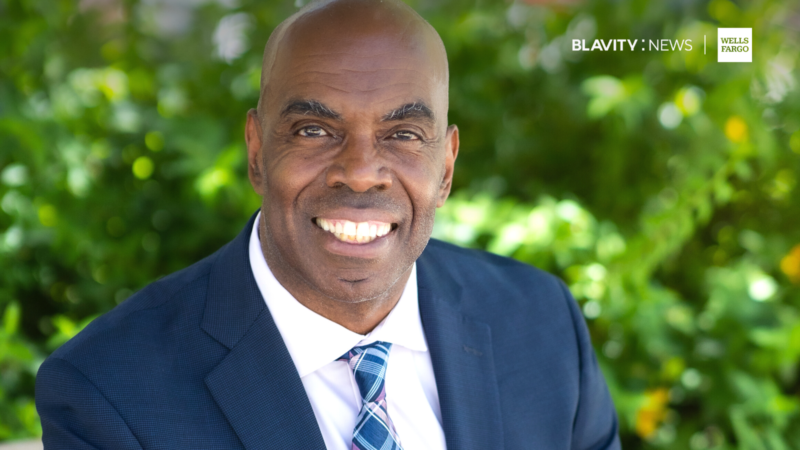 The late Myles Munroe is often quoted as saying, “relationship is currency.” In this statement, he speaks on the power of collaboration and partnership to advance a person or company’s mission and elevate purpose.

While there are admirable points about accomplishing something alone, independence in pursuing justice is a recipe for mediocrity. Representing and creating equitable and inclusive spaces takes the hands of many and not the ego of one. Wells Fargo understands this concept around collaboration and has strategically engaged with community organizations to advance its Banking Inclusion Initiative.

The bank’s initiative is a 10-year commitment to advance the work of financial equity to those who are historically financially underserved and unbanked.

A significant part of this work is its collaboration with Operation HOPE, a national non-profit with the mission of expanding economic opportunity and making free enterprise work for everyone.

Blavity recently had the opportunity to sit down with one of Operation HOPE’s financial wellness coaches, Dr. Joaquin Wallace, to learn more about Wells Fargo’s collaboration with the organization.

A Cause For HOPE

“What I like about the opportunity is that you’re able to provide hope in a sense, right? In a holistic approach, giving them the ability to increase their credit score and reduce debt. But the biggest thing when I look at this whole project, so to speak, is the fact that education is important. And oftentimes, many individuals who obtain our services, just don’t have the knowledge,” Wallace said.

The educational component is what Wallace leans on the most in his approach to financial coaching. It is not a secret that Black and brown communities have faced systemic hardships and lingering adverse effects on said communities. Wallace uses the power of education to help combat the results of those systemic issues to empower clients to reach their goals.

“The more you know, the better you can do. And frequently, we’re only replicating what we already learned, which again, is a learned behavior. It’s learned hopelessness, learned helplessness, so to speak. So, we have to put them in a situation where they’re actually getting tools to be successful,” Wallace explained.

Setting People Up To Succeed

Once the client decides to be a part of the HOPE Inside coaching program, Wallace admits that it’s a 50/50 process to come up with a strategy that best serves the client. Defining objectives and goals, learning the differences between the two, and creating an action plan for implementation are some of the universal steps all clients go through despite the nuances between every family or individual.

In a press release earlier this year, Chairman and CEO of Operation HOPE, John Hope Bryant said, “The Wells Fargo HOPE Inside centers mark a significant step forward in addressing barriers to financial wealth in diverse communities by offering a welcoming space, access to financial coaches, and expanded resources that support the financial goals of individuals with the greatest needs.” He went on to say, “This collaborative effort can drive meaningful change and ultimately help address the deeply rooted barriers to financial empowerment in underserved communities.”

Wells Fargo has HOPE Inside centers in several of its local bank branches, and these serve as an opportunity for those community constituents and stakeholders, to have a vehicle to come in and speak with someone like Wallace.

“When you come into the branches, we’re able to provide you with an opportunity to teach you about financial literacy. Because again, many of the individuals that I know have never spoken with a financial coach,” Wallace pointed out.

Although there are HOPE Inside centers in several Wells Fargo locations, the resources from this collaboration are not exclusive to customers of the bank. HOPE Inside is a community resource for anybody– whether you are a customer of Wells Fargo or not.

6 People Dead And Many More Injured After Walmart Employee Shot His Colleagues
Viola Davis Shares The Cute Way She Plans To Celebrate If She Scores EGOT Status
August Alsina Breaks Down Over ‘Complex’ Relationship With 3 Nieces
Yung Joc’s Wife Says She Wouldn’t Want Any Of His Daughters To Fall In Love With A Man Like Him
GloRilla Surprised To Find Out Ham Is Actually Pork: ‘Wtf Ima Eat For Thanksgiving Now’