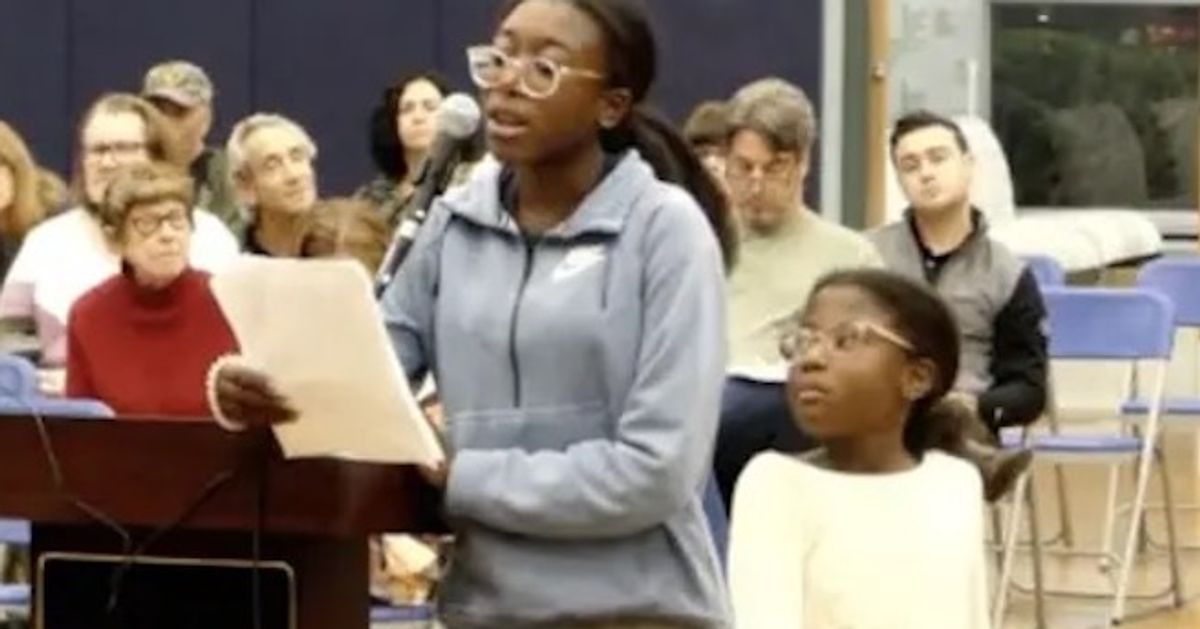 Bobbi Wilson, a fourth grade student in Caldwell, New Jersey, was merely testing a homemade spray against the invasive lanternfly species on her street when a neighbor — a former Republican official — called the cops on her.

“The morning of October 22, our neighbor [Gordon Lawshe] called the police, identified himself and reported, ‘There’s a little black woman walking, spraying stuff on the sidewalks and trees. I don’t know what the hell she is doing, it scares me though,’ and included that she was wearing a hoodie,” Wilson’s mother Monique Joseph, said during a mayor and council meeting on Nov. 1, according to local outlet The Progress.

Wilson, 9, learned about regional “see it, squish it” campaigns to help stop the spread of the lanternflies while writing a school paper on their environmental impact. After finding a nontoxic spray recipe on TikTok, she went outside to test it ― only for Lawshe’s call to scare her from going outside again, according to BuzzFeed News.

Lawshe, 71, former local councilperson, co-head and treasurer of the Caldwell Republican Committee, and membership director of the Caldwell Community Center, told police they couldn’t “miss” the Black “small woman” — who was wearing a “hood.”

“Racism, intentional or not, is still racism,” said Joseph at the town council meeting. “To hear my neighbor using triggering words that have resulted in the deaths of too many Black and brown children and adults at the hands of the police: ’Black,’ ‘hoodie,’ ‘I’m scared.’”

Joseph’s other daughter Hayden, 13, spoke at the meeting as well. She said Wilson wasn’t even on Lawshe’s property when he called 911, that he’s known their family for ages — and has been their neighbor for nearly eight years now.

Hayden added they’re the only Black family on the block. She said her little sister has been privy to “all these other Black children and adults on the news being killed by police officers” and was “immediately frightened” when police arrived.

“She was not only doing something amazing for our environment, she was doing something that made her feel like a hero,” Hayden said. “I can confidently assure you that Bobbi will not forget this.”

“My neighbor’s words put my daughter in harm’s way,” said Joseph. “His words and actions were unconscionable, and the impact of the aftermath of this incident will not be kept secret. My 9-year-old daughter was afraid to go outside her front door the next day.”

Lawshe’s attorney Greg Mascera, claimed his client wasn’t racially profiling Wilson when he called 911. Mascera said an officer merely drove by to respond to the call and that “the mother’s assertion that [her daughter is now] afraid of cops is absurd.”

In 2020, the Children’s National Hospital reported that Black and Hispanic children are significantly more likely to be fatally shot by police than white children.

Your Child Of Color May Need A Mental Health Day Off, And That’s OK

No Charges Against Cops In Deaths Of Adam Toledo, Anthony Alvarez

LeBron James Calls Out Glaring Double Standard In Media: ‘Why Haven’t I Got A Question About The Jerry Jones Photo?’
Jonathan ‘Hovain’ Hylton, Cherished And Influential Music Industry Leader, Has Passed Away
Do I, Or Don’t I Go Home For The Holidays?
Netflix And Tim Burton Called Out For Racist Portrayals Of Black Characters In ‘Wednesday’
After A Year, Miami Man Is Arrested For Murder Of Woman Who Attempted To Catch Him With Stripper