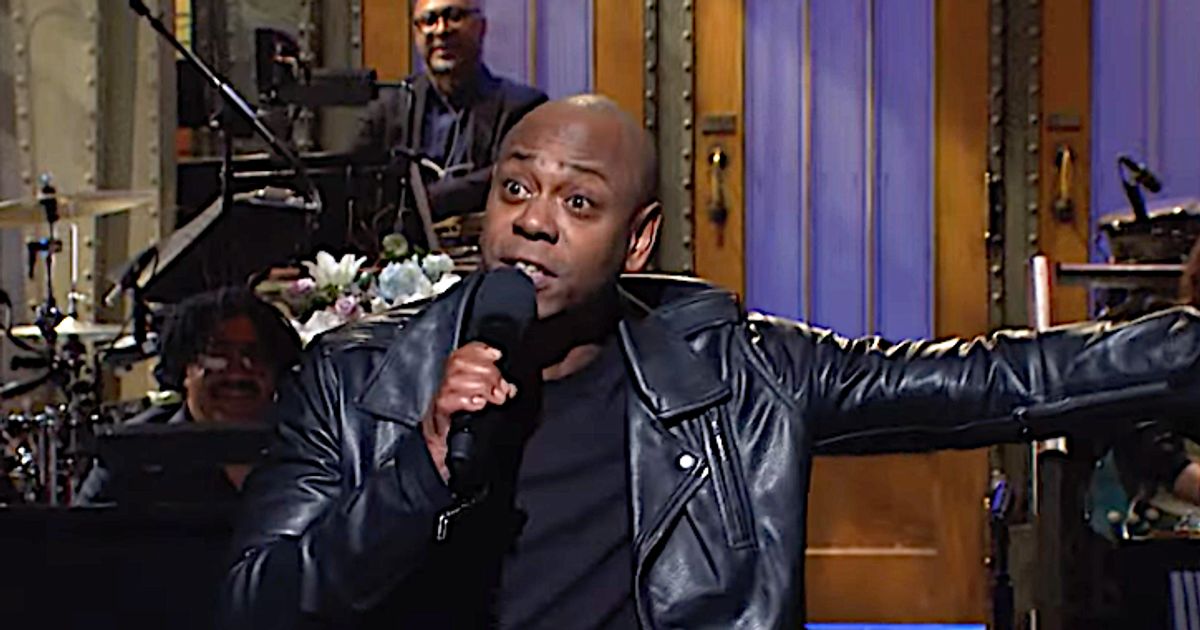 Controversial comedian Dave Chapelle tiptoed on a tightrope in his “Saturday Night Live” monologue as he challenged Kanye (now known as Ye) West’s antisemitic attacks, some stereotypes and censorship.

And everyone kept laughing — uproariously.

It was Chappelle’s first time hosting “SNL” since he sparked major controversy for transphobic jokes in his latest Netflix special “The Closer.” Some furious “Saturday Night Live” writers reportedly considered boycotting the program.

Chapelle didn’t address the transphobic jokes, but did take on other serious issues.

“I denounce antisemitism in all its forms, and I stand with my friends in the Jewish community,” Chapelle said right at the start of his monologue. Then he added: “And that, Kanye, is how you buy yourself some time.”

Chapelle explained that he almost always “pulls up immediately” for Ye when he gets himself into scrapes. But after West said he was going “death con 3” on Jews in an alarming tweet last month, Chapelle said he decided: “You know what? Let me see what happens first.”

The most maddening, he said, was that Ye tweeted the comment, then went to bed. “I was up all night worried: What is he going to do to the Jews?” said Chapelle.

“I don’t think Kanye is crazy at all. I think he’s possibly not well,” Chapelle said.

He added: “I know the Jewish people have been through terrible things all over the world, but you can’t blame that on Black Americans. You just can’t.”

Chapelle is convinced he gets why Donald Trump is so popular — because he’s an “honest liar.” Trump talks about how the wealthy like him can take advantage of most of Americans — then he does it again and again.

White people are like “newborn babies, just woke up,” he continued.

Finally, in an apparent reference to the controversy about his “SNL” appearance — and his Netflix program — Chapelle said he no longer enjoys performing in front of large crowds.

“It shouldn’t be this scary to talk about anything,” he said. “It makes my job incredibly difficult. I love you to death, and I thank you for your support.”

Check out the full monologue below:

Jump In Twitter Hate Speech Is Unprecedented, Researchers Find
LeBron James Calls Out Glaring Double Standard In Media: ‘Why Haven’t I Got A Question About The Jerry Jones Photo?’
Kanye West Slams Obama In New Interview, Says ‘We Got To Stop Dissing The Nazis All The Time’
Jeezy Talks New Mixtape ‘Snofall,’ His Verzuz W/ Gucci Mane, His Music Evolution & More | Big Facts
Overt Racism at the Palace