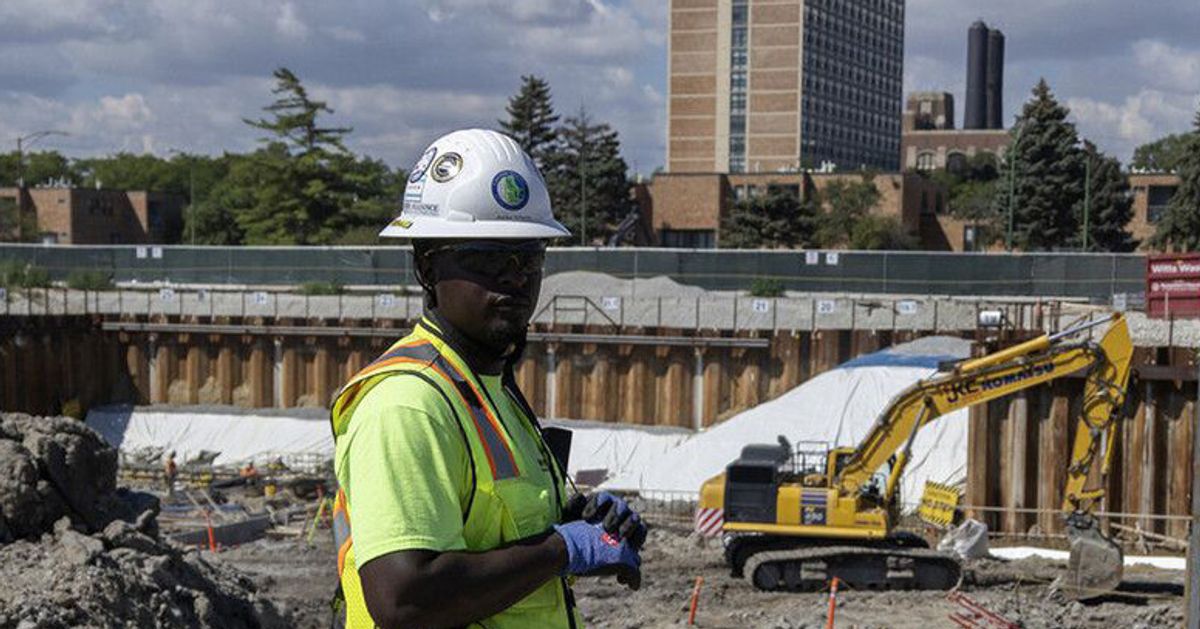 Police have launched an investigation and construction of the Barack Obama presidential center in Chicago was halted Thursday after a noose was found on the site.

Investigators were seen collecting what appeared to be large noose that had been placed inside a bag to hand over to authorities. It was discovered by workers at the site in Jackson Park, on the city’s south side, on Thursday morning.

It was unclear how long construction would be stopped on the $830 million center to honor the nation’s first Black president.

The Obama Foundation condemned the placement of the noose as a “shameless act of cowardice and hate designed to get attention and divide us.”

A Chicago police officer collects a bag containing rope from the construction site of the Obama Presidential Center on Thursday in Jackson Park. Officials say a noose was discovered at the project site and construction has been halted. https://t.co/oAM5bfDCNi pic.twitter.com/u6LYALOxqD

Illinois Gov. J.B. Pritzker condemned the discovery in a tweet, declaring: “Hate has no place in Illinois. The noose is more than a symbol of racism, it is a heart-stopping reminder of the violence and terror inflicted on Black Americans for centuries.”

The Democratic governor added, ”I condemn this act of hate in the strongest possible terms, and the state of Illinois will make all needed resources available to help catch the perpetrators.”

Hate has no place in Illinois. The noose is more than a symbol of racism, it is a heart-stopping reminder of the violence and terror inflicted on Black Americans for centuries. https://t.co/YQU0h1UEc8

Officials of the Lakeside Alliance, a joint venture of African American-owned construction companies in charge of the project, is offering a $100,000 reward for information to track down those responsible, The Chicago Tribune reported.

”We reported the incident to the police and will provide any assistance required to identify those responsible,” the alliance said in a statement.

”We have zero tolerance for any form of bias or hate on our worksite. Anti-bias training is included in our onboarding process and reiterated during sitewide meetings. We are suspending all operations on-site in order to provide another series of these trainings and conversations for all staff and workers,” the statement added. “Our priority is protecting the health and safety of our workforce.”

Work preparing the site began in the spring of 2021, and the Obama family attended a groundbreaking just over a year ago.

“The first thing I thought” after the noose was found was “man, that’s messed up,” 29-year-old Rico Pineda, 29, who’s in charge of a team of workers setting up a water line near the center, told The Chicago Tribune. “Especially at the Obama Center, Obama library, it was super shocking for sure,” he told WLS-TV in Chicago.

Chicago Mayor Lori Lightfoot declared in a statement: “Racism and racist symbols have no place in Chicago, and those inciting it will be held responsible for this repulsive act.”

White Nationalists With Lanyards: Orlando Showed The Ugly Future Of The GOP