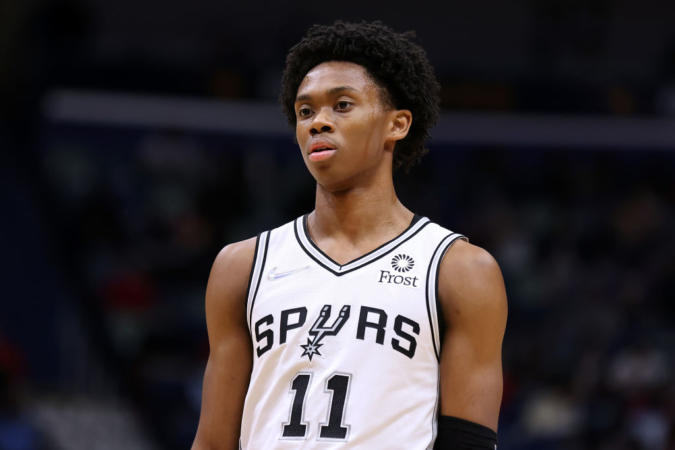 Joshua Primo, the former San Antonio Spurs guard who was recently cut from the roster after being accused of exposing himself to a team therapist, is now speaking out to defend himself. In a statement from his attorney on Thursday, Primo said Dr. Hillary Cauthen launched the accusations to use “ugly stereotypes and racially charged fears” for her own financial gain.

“Dr. Cauthen’s allegations are either a complete fabrication, a gross embellishment or utter fantasy,” the attorney stated. “Josh Primo never intentionally exposed himself to her or anyone else and was not even aware that his private parts were visible outside of his workout shorts.”