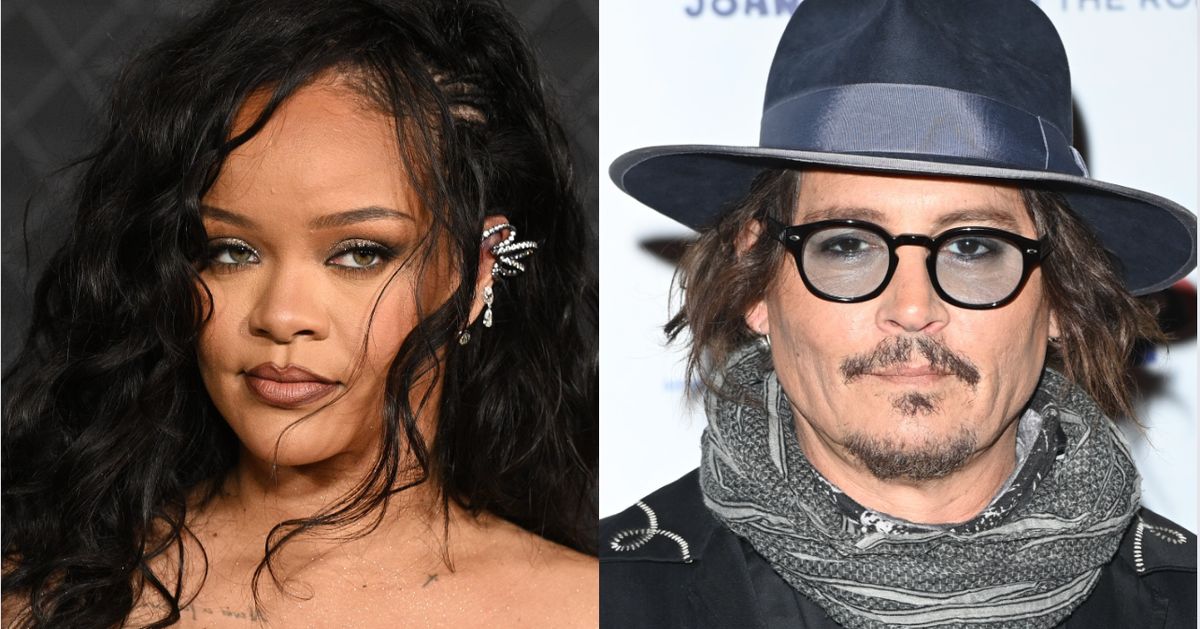 Johnny Depp will be among the many famous faces appearing in Rihanna’s upcoming “Savage X Fenty Show Vol. 4,” HuffPost has confirmed.

The controversial “Pirates of the Caribbean” actor won’t just be wearing a look from the singer’s size- and gender-inclusive lingerie line, but will be the first male model to have a featured “star” moment in the brand’s history, per Variety and TMZ, which was first to break the news.

The event will mark the Depp’s first major public appearance since a Virginia jury earlier this year awarded him $15 million in damages in his defamation trial against ex-wife Amber Heard, who has accused him of domestic violence and sexual assault. Jurors also awarded Heard, who still maintains that Depp abused her, $2 million in compensatory damages in a countersuit against the actor.

The case against Heard centered on a 2018 Washington Post op-ed in which she described herself as a survivor of domestic violence, a statement that Depp argued was defamatory to him.

Rihanna’s inclusion of Depp in the new special ― her fourth fashion experience on Amazon Prime since 2019 ― has already proved to be a divisive choice from the billionaire fashion and beauty mogul.

On Twitter, one flabbergasted user wrote: “rihanna can’t be serious? with all these beautiful and unproblematic men in hollywood, and johnny depp is the one that appeals to you the most?”

“Rihanna is … so weird for bringing Johnny Depp into her show. NO ONE was talking about this man until the trial,” said another user, who wondered “where is her head.”

Others defended the singer, with one writing that “she can have whoever she wants in her own show.”

“Rihanna goes from feminist icon to trashed in many ‘feminists’ minds,” a Depp fan added. “Rihanna has my respect.”

“Savage X Fenty Show Vol. 4” is arriving months after Depp appeared virtually during MTV’s Video Music Awards in August, dressed as the ceremony’s mascot. The event was his first on-camera appearance since the defamation trial came to a close in June.

That stunt drew mixed reviews, particularly from Heard’s camp, with sister Whitney Heard slamming the network as “disgusting and clearly desperate” at the time.

Depp, however, is seemingly more employable than he’s been in years.

In addition to re-upping a seven-figure, multiyear contract with fashion company Dior, he’s set to star as King Louis XV in the upcoming period drama “Jeanne du Barry.” He’ll also make his return to the director’s chair with the biopic “Modigliani,” following Italian painter and sculptor Amedeo Modigliani during a watershed moment in his career.

As for Rihanna, her new fashion show arrives as she charts a return to music, with her first single in over six years dropping last month. The ballad “Lift Me Up” is featured on the soundtrack to the upcoming Marvel sequel “Black Panther: Wakanda Forever.”

Her comeback will seemingly reach a crescendo with a long-rumored new album and a headlining performance at the Super Bowl halftime show set for February.

Audie Cornish On Leaving ‘All Things Considered,’ Her New Podcast And The Art Of Interviewing
There’s A Mental Health Crisis Among Black Students. What Are HBCUs Doing To Help?
White Supremacist Nick Fuentes Spills About Mar-A-Lago Dinner With Trump
Overt Racism at the Palace
DJ Vlad Threatens To ‘Choose Violence’ After Saweetie’s Camp Declines Interview On Blogger’s Platform