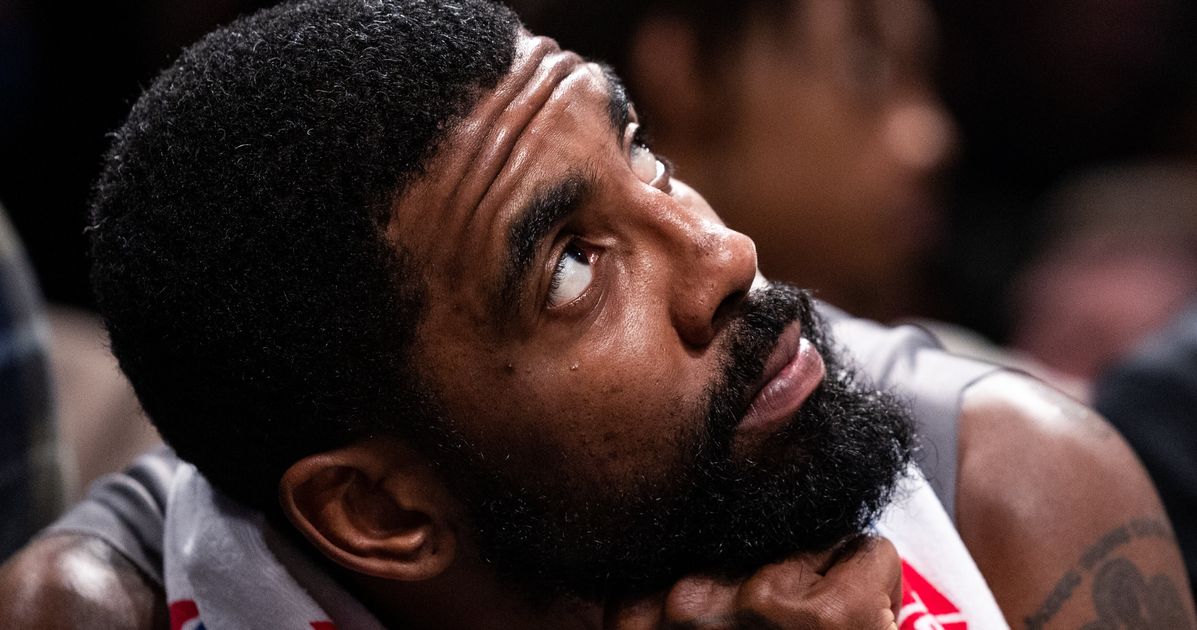 Star hoops guard Kyrie Irving late Thursday posted an apology on social media over an earlier antisemitic message, hours after the Brooklyn Nets suspended him for at least five games without pay.

It wasn’t immediately clear how his latest statement immediately affected his position with the NBA team following the controversy over his initial post.

The team said in a statement earlier in the day that Irving was “currently unfit to be associated” with the team after his refusals to apologize for a social media post last week praising an antisemitic film.

Team officials “made repeated attempts to work with Kyrie Irving to help him understand the harm and danger of his words and actions, which began with him publicizing a film containing deeply disturbing antisemitic hate,” said the Nets’ statement.

But “we were dismayed today, when given an opportunity in a media session, that Kyrie refused to unequivocally say he has no antisemitic beliefs, nor acknowledge specific hateful material in the film,” according to the statement.

Irving’s refusal to “disavow antisemitism when given a clear opportunity” was “deeply disturbing” and constituted “conduct detrimental to the team,” the Nets said.

But Irving explained Thursday on Instagram: “I posted a Documentary that contained some false anti-Semitic statements, narratives, and language that were untrue and offensive to the Jewish Race/Religion.”

He added: “To All Jewish families and Communities that are hurt and affected from my post, I am deeply sorry to have caused you pain, and I apologize. I initially reacted out of emotion to being unjustly labeled Anti-Semitic, instead of focusing on the healing process of my Jewish Brothers and Sisters that were hurt from the hateful remarks made in the Documentary.”

Irving was widely criticized for tweeting a link to the controversial film “Hebrews to Negroes: Wake Up Black America” last week. He said Wednesday that he meant no harm in posting it and didn’t believe everything that’s in the film. But he did not apologize — and refused to do so earlier Thursday when he met with reporters.

Irving had announced Wednesday that he and the Nets would each donate $500,000 toward organizations that work to “eradicate hate and intolerance,” according to a joint statement published with the Anti-Defamation League. But he didn’t come up with the required apology.

To return to play, Irving will have to satisfy a “series of objective remedial measures that address the harmful impact of his conduct,” the team said earlier Thursday evening, before Kyrie posted his apology. It appeared at that time that the earliest he could return would be the Nov. 13 game against the Lakers in Los Angeles.

Also Thursday, NBA Commissioner Adam Silver had said he was “disappointed” Irving had not issued an “unqualified apology” or “denounced the vile and harmful content” in the “deeply offensive antisemitic” film.

Statement from the Brooklyn Nets pic.twitter.com/699px8XYpx