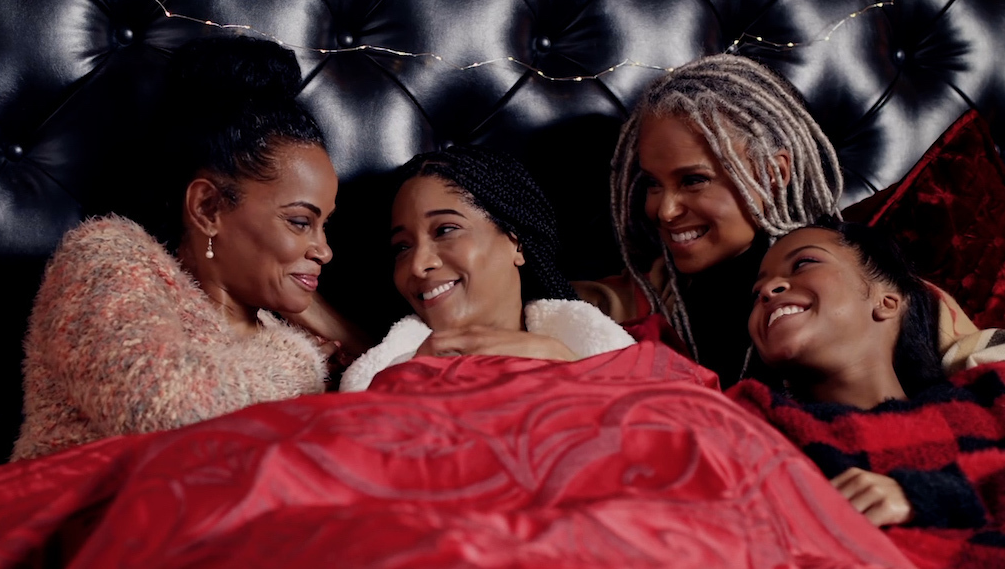 Starting November 3, BET+ is turning up this holiday season with ten new films that showcase Black culture starring some of the most beloved actors of our time. BET+ holiday movie alumni Dorien Wilson, Terrence Carson, and Jasmine Guy join newcomers LaLa Milan, Seraya LeToya Luckett, and Ye-No in stories that embrace all the laughter, joy, and drama that the holiday season inspires.

There’s nothing like turning on a holiday movie while wrapping presents, baking cookies, cooking holiday meals, or decorating the tree. As holiday travel becomes more complicated with flight delays and unexpected changes, streaming movies on mobile devices is a way to pass the hours engaged in stories that make us laugh and just feel good for a while. These holiday films are filled with actors who many of us have grown up with and new cast members who will bring their unique flavor to the holiday season.

Four adult siblings go home for the holidays only to be met by dramatic, unexpected challenges that cause a messy holiday that impacts the entire family.

Twenty years is a long time to be in the friend zone. Just as Terrence and Noelle decide to date, he gets offered a dream job in London, ending the relationship. Now Terrence is back in the states for Christmas with a new girlfriend from London, whose name is — wait for it — Noelle, and the first Noelle wants her man back.

Two scammers meet crashing a millionaire’s holiday party, and decide to grift together. Is it love? Watch and see.

​Three sisters’ annual battle to win the church Christmas cook-off is disrupted by a social media influencer who spices up the competition.

After a “mistletoe misstep,” the diva of the holidays escapes to a holiday with family, where she gets a new perspective on forgiveness and the work it takes to love.

The Sound of Christmas: November 24

​A broke but busy music teacher guides a “wealthy widower” away from his opportunistic girlfriend and shares the perfect Christmas gift: true love.

Reunited after over ten years, two roller skating enthusiasts who were childhood sweethearts reconnect during the holidays. Will Christmas cheer spark a new relationship, or will it just roll on by?

A Miracle Before Christmas: December 8

A famous relationship therapist has all the answers for everyone else’s relationship problems but her own relationships are secretly in shambles. When an angel arrives with some Christmas magic to help her fix her own life, will she be willing to take the leap?

When addiction threatens to break a family down, two sisters, one who moved to the United States and another who stayed in Jamaica, reunite. Will they be able to repair their bond for the sake of family?

A family decides to opt out of celebrating Christmas, but unexpected guests arrive, secrets are exposed, and relationships shift, creating a holiday that will change the family forever.

It’s so much fun to watch a messy family drama when it’s not your own, isn’t it? Last year’s slate of holiday films were so popular, BET+ was inspired to create ten movies this year to bring in the holiday cheer. Not only do these holiday films feature Black talent in front of the camera, but they are also written, directed, and produced by Black creatives behind the camera. BET+ is a streaming service owned by ViacomCBS, which also operates Paramount Plus and is supported by Tyler Perry Studios.

6 People Dead And Many More Injured After Walmart Employee Shot His Colleagues
Why AfroTech 2022 Was My First, But Not My Last
Grand Jury Indicts White Men Accused Of Firing At Black FedEx Driver In Mississippi
Viola Davis Shares The Cute Way She Plans To Celebrate If She Scores EGOT Status
New Tommy’s tool calculates miscarriage risk to guide care