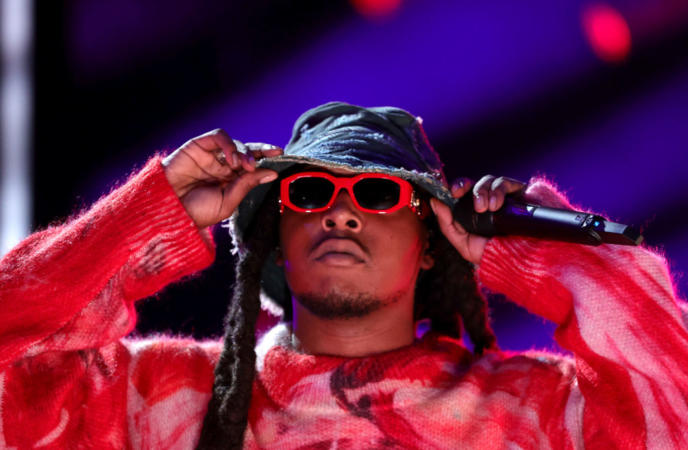 Takeoff, a member of the rap trio Migos, was killed Tuesday morning at a bowling alley in downtown Houston. Takeoff, who was 28, was pronounced dead on the scene. Two other victims were shot and taken to the hospital.

The news of Takeoff’s tragic death has saddened many and has been especially unsettling for the hip-hop community. His death adds another name to the growing list of rappers lost to gun violence. According to CNN, gun violence has killed at least one rapper a year since 2018.

Gun violence shouldn’t be normalized, but it can be argued that these types of occurrences have become commonplace in America. From the Biggie and Tupac era to today, it seems like gun violence is only becoming more and more prevalent in hip-hop — an industry that is predominantly Black and brown.

“Too many young men of color are killing each other,” Houston Mayor Sylvester Turner tweeted. “Resolving their disputes by pulling their guns and shooting one another regardless of fame or fortune. Crazy. And in a few second a life is gone, families and friends are left grieving. STOP!”

Takeoff was born Kirshnik Khari Ball in 1994. He, along with his uncle Quavo and cousin Offset, formed Migos in 2008. The group gained notoriety with their first hit, “Versace,” in 2013 and grew more popular in 2016 when their song “Bad and Boujee” reached number one on the Billboard Hot 100 charts.

In addition to his work with the Migos, Takeoff released a solo album in 2018, The Last Rocket, which hit number four on the U.S. charts. Takeoff and Quavo had recently announced they’d be performing under the moniker “Unc & Phew,” and had just released an album titled, Only Built for Infinity Links.

Lupita Nyong’o Shares Brutal Underwater Workout For ‘Black Panther: Wakanda Forever’
Ashanti Reveals She ‘Made Some Calls’ To Get Retaliation Against Man Who Abused Her Little Sister
5 Things To Know About Miguel Nunez Of ‘The Family Business’
21 Savage vs Waka Flocka (Finals) | The Crew League Season 4 (Episode 7)
Raven And SK Of ‘Love Is Blind’ Call It Quits After Mystery Woman Says She’s Been Dating SK Since 2019