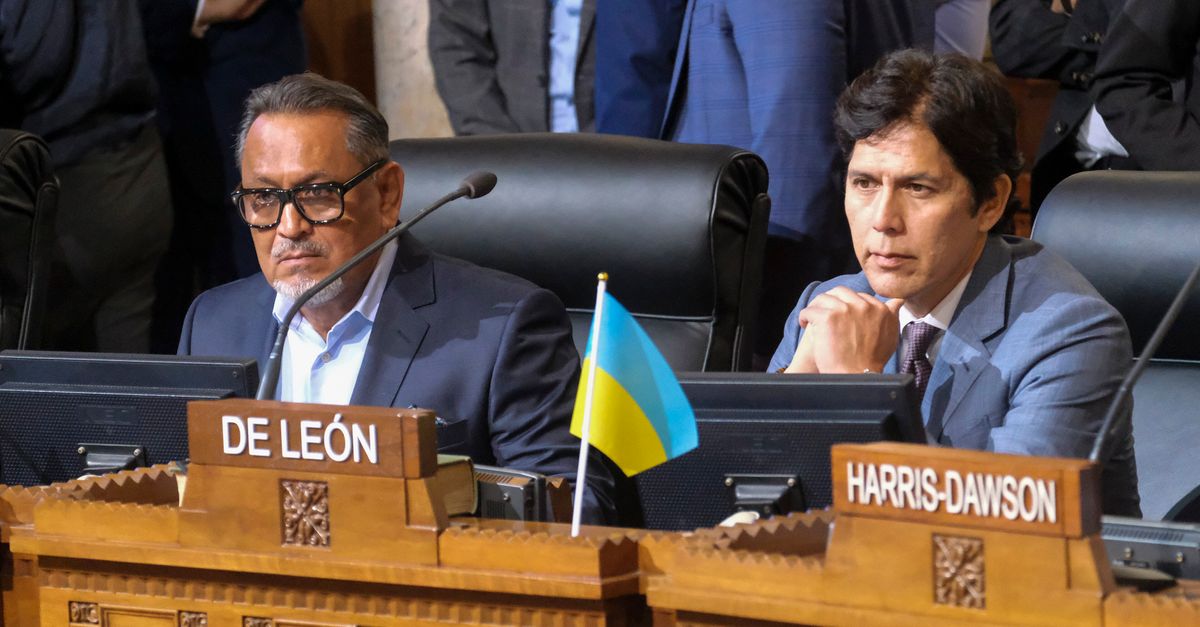 Two Los Angeles City Council members embroiled in an explosive racism scandal are refusing to resign. Dismissing days of protests outside their homes and City Hall and rejecting demands from as high up as President Joe Biden to step down, Kevin de León and Gil Cedillo seem to be staying put.

“No, I will not resign because there is a lot of work ahead,” de León told Noticiero Univision Tuesday, which released a partial transcript of the interview.

He was one of four city officials secretly recorded engaging in a conversation that was recorded a year ago but released by The Los Angeles Times earlier this month. The since-resigned Council President Nury Martinez made several racist and crass remarks in it, such as calling the Black son of another council member “parece changuito” or “is like a monkey” ― playing into a racist trope.

When Martinez said that colleague, Mike Bonin, paraded his son around like an “accessory,” de León didn’t push back. Instead, he joined in on the cruel joke, saying Bonin handled his son the way Martinez carries her Louis Vuitton bag.

In another interview with CBS2 on Tuesday, de León confirmed he would not resign but conceded that he “shouldn’t have made that flippant remark.”

Cedillo, the other council member present for the taped conversation, has not spoken up since issuing an initial apology.

“Clearly, I should have intervened,” he said of his failure to speak up during Martinez’s racist rant. But Cedillo maintained in his apology that he didn’t truly “engage in the conversation” or make racist remarks.

Former leader of the California Senate de León told CBS2 that since the scandal broke, he has not been in touch with Martinez, Cedillo or former Los Angeles County Federation of Labor President Ron Herrera ― who was also present for the conversation and was the first to resign from his position.

Cedillo and de León, both Democrats, have been steadfast in their refusals despite immense pressure from the party. Everyone from Los Angeles Mayor Eric Garcetti to Biden has called for them to leave office like Martinez and Herrera. Acting Los Angeles City Council President Mitch O’Farrell removed both of them from all of their committee assignments on Monday, but that has not swayed them.