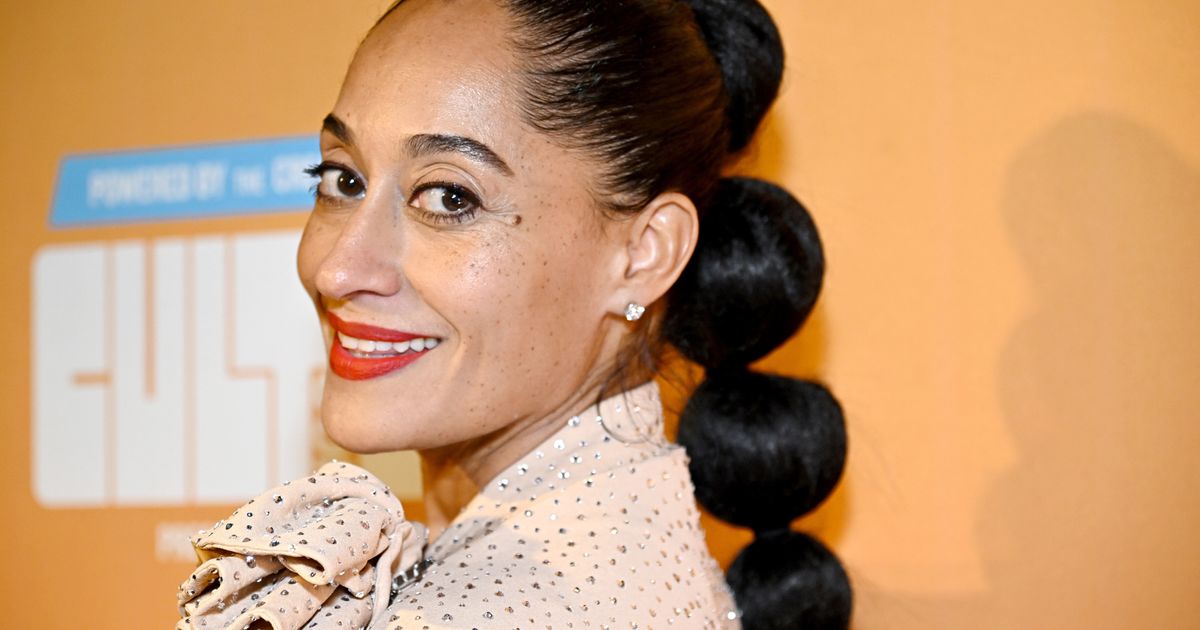 I Run This is a weekly interview series that highlights Black women and femmes who do dope shit in entertainment and culture while creating visibility, access and empowerment for those who look like them. Read my LeToya Luckett interview here.

There’s rarely a time when Tracee Ellis Ross opens her mouth and magic doesn’t come out, whether it be in the form of wisdom or jokes — sometimes a mix of both. Just ahead of her 50th birthday, she’s brought a mountain of wisdom to our quick Zoom conversation. But it’s not heavy. It’s the kind of mountain that moves you more than you move it.

Ross is in the middle of promoting “Hair Tales,” a six-part docuseries that dives into the personal, beautiful and nuanced stories of Black women’s hair and its culture and politics. Each episode centers on a conversation between Ross and six women, Oprah Winfrey, Issa Rae, Rep. Ayanna Pressley, Chika, Marsai Martin and Chloe Bailey. Along with Ross, Winfrey and Michaela Angela Davis are credited as executive producers for the docuseries.

“Hair Tales,” premiering Oct. 22 on Hulu, is the “Girlfriends” star’s latest arm of her hair advocacy work. In 2019, Ross launched Pattern Beauty, a line of natural hair care products. But Ross was a bit of a late bloomer regarding her hair acceptance. “It was a long journey,” she said, donning two braided tails in her hair.

Before we knew her for her famed voluminous curls, Ross opted to straighten her hair often. And sometimes with a clothing iron. So, the heat damage was real.

She recalled a photoshoot after her move to Los Angeles, California, in her mid-20s that shifted her self-perspective about her hair.

“I want to say I was wearing these leather pants, I was standing on a bed, a black T-shirt, and my hair was huge. And it was one of the first times I saw in that picture the beauty of my hair,” she said. “I remember thinking, ‘Oh, I finally have figured my hair out.’”

She’d seen her hair’s beauty in the mirror before, but her aha moment stuck when seeing herself in the photos.

“I really do hope that ‘Hair Tales’ joins the chorus and expands the narrative of how we get to see ourselves, that we get to see,” Ross explained. “So much of our experience as Black women is told through the lens of struggle and hardship and everything that’s on our backs. And that is true, but also within our humanity is so much joy and so much beauty, and so much of it can be told through the metaphor of our hair.”

With “Hair Tales,” Pattern, and her work in general, Ross hopes that the hair legacy she leaves goes way beyond her.

“I found this quote from Alok Vaid-Menon, but they define beauty as something that blooms and is about looking like yourself. And they say that beauty is your soul’s fingerprint,” she said. “And so often as Black women, we have had to pretzel ourselves, to twist our hair into these shapes, and we, in order to fit into a world that does not see not only the expansiveness of who we are but the beauty of who we are.”

She continued, “I really hope that anything I do is a springboard for people to find that in themselves, their version, not mine, not me.”

As her birthday approaches on Oct. 29, Ross said she’s in the process of “wandering, pondering and being.” She’s not sure what the journey ahead looks like. And she knows that’s OK. She admits that she hasn’t completely shed the identity of “Black-ish” in a similar way that it took her some time to let go of Joan after “Girlfriends.” But she can sit in gratitude.

“I’m not what I’ve made, [but] who I’ve become inside; a person who intuitively knows how to handle situations which used to baffle me. A person who has an unbreakable, unshakeable foundation for my life. A person that is comfortable being uncomfortable. A person that can hold myself even when I don’t feel great. A person that has a community around them that can love me when I can’t love myself,” she said.

“That’s the stuff that blows my mind, that I can do scary and hard things and still on the other side of it, like myself, or at least, at the very least, be kind to myself. That, to me, is the life-changing miracle that is awaiting me at 50.”

Kanye West Posts Half-Naked Elon Musk And Accuses Chris Paul Of Sleeping With His Wife Before Another Twitter Suspension
Birdman Claims Cash Money Rapper B.G. Will Be Home In A ‘Few Weeks,’ Cutting His 14-Year Sentence Short
37 Holiday Gifts From Black-Owned Brands To Give This Year
Sigma Gamma Rho Announces It’s New Class of Honorary Members
Odell Beckham Jr. Escorted Off A Plane In Miami After Dispute With Flight Crew