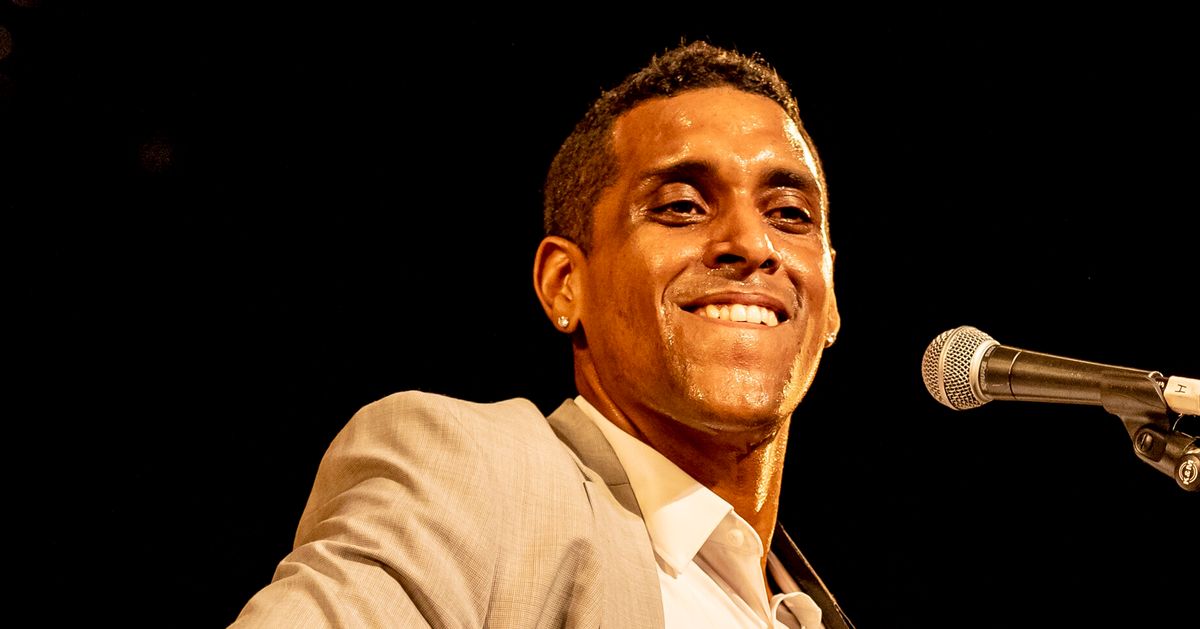 Haitian singer Mikaben, whose real name was Michael Benjamin, died from a suspected heart attack or cardiac arrest Saturday after suddenly collapsing onstage during a performance in Paris, according to The Guardian. He was 41 years old.

Mikaben was performing as a guest of Haitian konpa group CaRiMi at the 20,000-seat Accor Arena when social media footage showed him attempting to walk offstage and collapsing.

“End of the concert,” CaRiMi singer Mickael Guirand told the crowd, some of whom fainted after the incident, per The Miami Herald. “It’s very complicated. We need prayers.”

The venue tweeted Sunday, according to a Twitter translation, that Mikaben “died following a malaise onstage and despite the intervention of the emergency services. The entire Accor Arena team is terribly affected and sends all its support to his family and loved ones in this painful ordeal.”

“I’m in no condition to talk,” the singer’s wife, who is pregnant, told The Guardian. “I lost my other half and have no words.”

His website described Mikaben as a rare artist who was prodigious in all genres, from Haitian konpa music and the Antillean Zouk to Jamaican reggae and R&B. Born in Haiti’s capital of Port-au-Prince in 1981, he spoke four languages and played several instruments.

Mikaben started singing at 15 but fully established himself as a performer in Montreal during his later studies. He began touring Canada’s music festivals in the mid-2000s, but returned to Haiti following the 2010 earthquake with a galvanizing song titled “Yon Ti Souf You Ayiti” (or “A Little Breath for Haiti”).

“This is a shock,” Wyclef Jean of The Fugees, who was born in Haiti, told the Herald. “All I could remember was his smile. This is one of the most influential and inspirational young artists of our generation.”

Tributes for Mikaben, who is survived by his wife Vanessa, poured in from peers, politicians and fans around the globe. Haiti’s prime minister, Ariel Henry, tweeted he was “devastated by the news of the sudden death” and that Haiti “lost a beautiful soul.”

“I’m in disbelief,” Haitian singer Roberto Martino told The Miami Herald. “This is somebody I was working with for years and considered a brother, a good friend. We talked almost everyday. We have a chat together. He was so happy. He couldn’t wait to get on that stage with CaRiMi.”

Mikaben had uploaded an Instagram video from inside the Accor Arena mere hours before the doors opened for attendees, thanking his fans for their endless support.

“It was one of his biggest accomplishments,” added Martino. “It’s a band he idolized. I’m at a lost for words. I’m broken.”

Twitter May Be A Hopeless Place, But These People Found Their Spouses On It
Teodoro Obiang, World’s Longest-Serving President, Extends His 43-Year Rule And Sets Up Son To Succeed Him
College Football Fan Goes Viral After Heating A Rib With A Lighter During Game
Russell Simmons Ordered To Pay Kimora Lee Simmons Over $100K, Concluding Year-Long Bitter Court Battle
Trevor Noah Reveals His Exit Announcement Was A Total Shock, Even To His Own Team