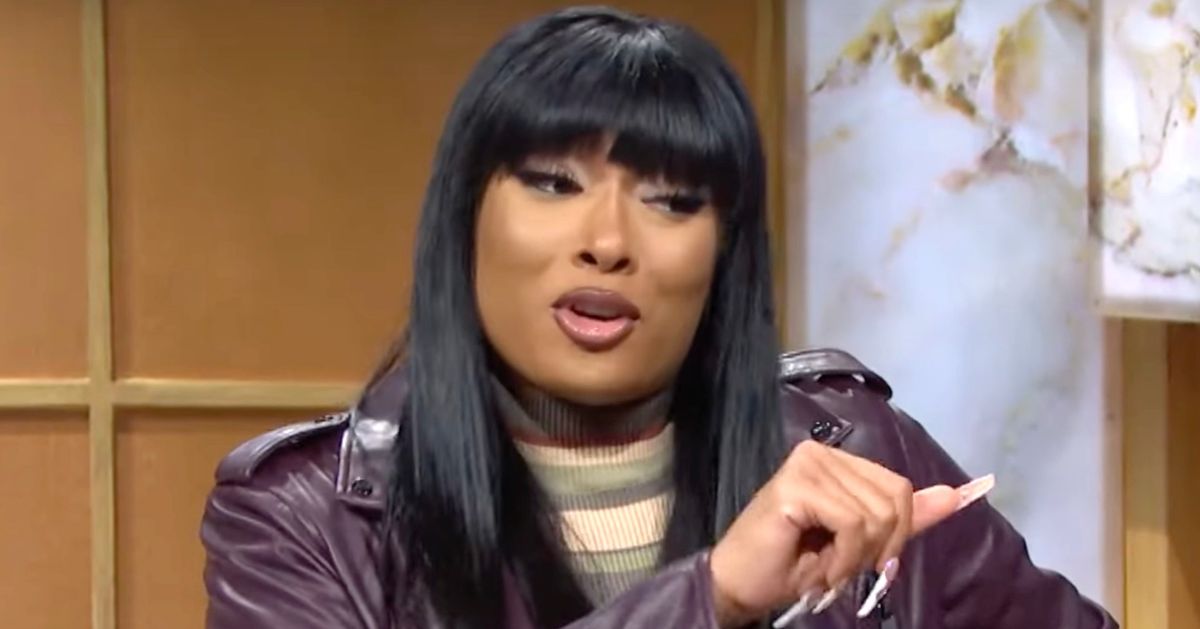 Megan Thee Stallion is letting the word “girl” define itself during a sketch on “SNL” this weekend.

Megan, who pretended to have a boyfriend who wanted to move in with her, informed Nwodim that her boyfriend was cheating on her and asked her what to do.

Nwodim later signaled to add subtitles and help translate the “girl”-laden language for white people or men tuning into the broadcast.

One “girl” remark, uttered by fake talk show guest and cast member Punkie Johnson, appeared to quiz the host on the conflict between Russia and Ukraine.

Megan interrupted the back-and-forth by remarking “girl-la,” which translated to a comically-long paragraph on the war.

Wanted to get a chance to read that text on SNL pic.twitter.com/ER4pCwc6j4

You can watch the rest of the sketch, which includes a hilarious appearance by cast member Andrew Dismukes, below.

DJ Vlad Threatens To ‘Choose Violence’ After Saweetie’s Camp Declines Interview On Blogger’s Platform
Black Mayors Will Soon Lead 5 Of America’s 10 Largest Cities
37 Holiday Gifts From Black-Owned Brands To Give This Year
Cardi B Fires Back At Critics Who Say She’s Taking Too Long To Release An Album
Do I, Or Don’t I Go Home For The Holidays?