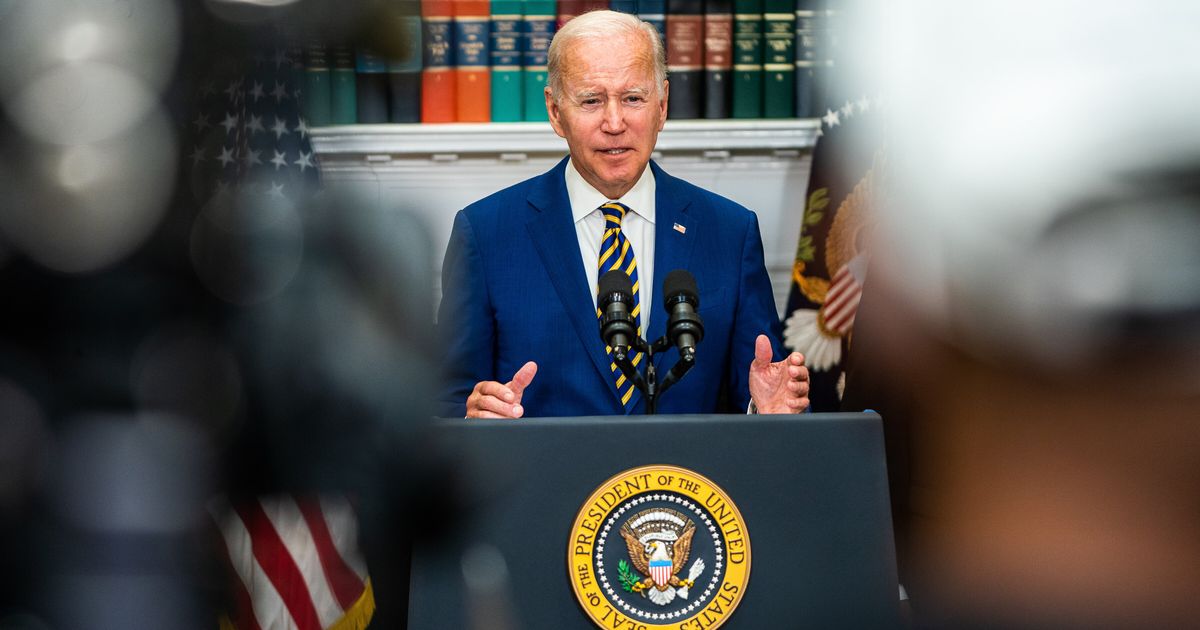 It took us far too long to get to this point, so I implore the Biden administration to do everything in its power to prevent the student loan debt forgiveness movement from already entering its flop era.

In August, to my pleasant surprise, President Joe Biden announced the cancellation of up to $20,000 in student loan debt for certain borrowers ― fulfilling a campaign pledge that people like me had noted did not feel like a priority of his administration.

“People can start to finally crawl out from under that mountain of debt to get on top of their rent and utilities, to finally think about buying a home or starting a family or starting a business,” Biden said at the White House in remarks detailing the plan. “And by the way, when this happens, the whole economy is better off.”

Biden’s plan to forgive at least $20,000 in individual debt may not cure everyone’s financial woes, but it will change so many lives for the better — as long as it actually works out as designed.

On Tuesday, the White House unveiled a preview of the application for people with federal loans who qualify for Biden’s plan, but there is reason to worry about how this rollout will go.

For starters, when Biden unveiled his plan, the White House said it would “advance racial equity.” And that declaration is now the subject of a lawsuit seeking to stop debt forgiveness from happening.

The suit, filed by the Wisconsin-based Brown County Taxpayers Association last week, claims that Biden’s plan violates the 14th Amendment’s equal protection clause because there is an “explicit racial motivation” on the administration’s part. The group also argues that the plan violates the constitutional separation of powers by usurping “the constitutional authority of Congress” and the Administrative Procedures Act, which determines how federal agencies develop and issue regulations.

“By creating and implementing a federal program with an improper racial motive, Defendants violated the Constitution’s guarantee of equal protection of the laws, which among other things, prohibits federal spending based on race,” the lawsuit claims.

The plaintiffs’ stated goal is to promote “individual freedom and citizen responsibility; limited government that is fiscally responsible, transparent, and accountable to the people; and economic policy that encourages free markets.”

That’s Republican jargon for “tax cuts and write-offs for the wealthy are cool, but poor people need to stop looking for government handouts and get stock tips.”

The week before that suit was filed, six Republican-led states sued the administration with the same goal of blocking the debt relief plan from going into effect ― their argument being that it’s “patently unfair,” and that anyway Biden lacks the authority to execute it.

Arkansas Attorney General Leslie Rutledge, who is leading the group of haters, said in an interview: “It’s patently unfair to saddle hard-working Americans with the loan debt of those who chose to go to college. The Department of Education is required, under the law, to collect the balance due on loans. And President Biden does not have the authority to override that.”

Some suits against the debt relief have already been dismissed by federal judges, but these others remain ongoing, along with one filed by the Arizona attorney general that argues student debt relief would harm the state’s economy and increase inflation.

Since these suits have been filed, the Biden administration has already scaled back the parameters of who qualifies for relief ― meaning millions of borrowers are now ineligible for forgiveness.

The White House hasn’t explicitly said it’s acting in response to the lawsuits, but the connection feels obvious. And indeed, perhaps it’s a good idea to minimize potential liabilities as these various suits seek the attention of a Supreme Court dominated by conservatives. For now, though, the Biden administration should concentrate on the best ways to implement the program. Based on how things are going thus far, their efforts could use some focus.

After Biden made his announcement, traffic to the Federal Student Aid website was so overwhelming that the site was reportedly inaccessible for several days.

Are the servers ready? Please don’t let this be a harbinger of Obamacare all over again.

Meanwhile, there is a loan relief FAQ page up, and according to White House officials, the application itself will be “simple and straightforward.”

It won’t require documents and will be made widely accessible, officials say. However, there is not yet a timetable for when the application will be made available.

Education Secretary Miguel Cardona tweeted last month that the application would be ready in early October.

“We don’t have an announcement to make on the launch date,” a White House official said on a call with reporters, according to a USA Today article published Tuesday.

White House press secretary Karine Jean-Pierre was asked about the delay during a press briefing on Tuesday.

“It’s taking some time, but the Department of Education is very much focused on this, and as soon as we have information on when that date will be for application signup, we will share that,” she said.

It will be Mariah Carey holiday music time before you know it. Time is of the essence. What are they doing over there?

And there is not enough pushback from the White House and Democrats about these Republican-led suits trying to obstruct the administration’s plan.

They want young people and nonwhites to vote at “presidential election year” levels for the upcoming midterms, and there is no messaging around the fact that Republicans are trying to block student loan forgiveness? We’re close to the holiday shopping season. How is it that I can keep hearing about this bipartisan infrastructure bill every five seconds, but not about Republicans hating debt forgiveness and abortion?

I’m still going to deal with my last private student loan (of hell), but I’m rooting for this Biden plan to make it.

Free advice for the president and his fold: Figure out how to better inform people that while you can’t control gas prices, you can erase your miserable student loan payment plan if Republicans get out of your way.

It’s a winning argument, as long as it’s used ― and as long as there’s a functional website with an actual application for Americans to complete.