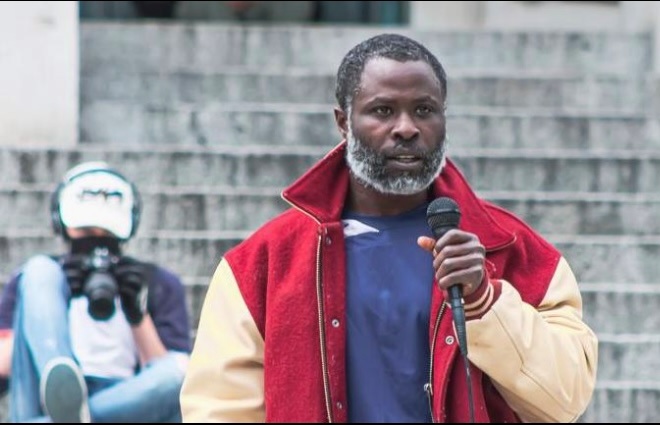 A black British Army veteran who was sworn at and called a “stupid man” by police during a wrongful arrest has been awarded £30,000 in damages.

Desmond Acquah, 43, was followed by a police van while driving home about 2am on April 26, 2020, in the early weeks of the pandemic, after a 12-hour shift as a key worker on the railways. After he parked his BMW at his flat in Portsmouth two officers from Hampshire police asked for his details and wrongly told him that if he refused to provide them he could be arrested for contravening coronavirus rules. There was no police database of key workers.

Acquah, who explained that he was a key worker and showed his high-vis clothing, was not under any obligation to provide his name. He did so after being handcuffed. When he refused to give further details he was threatened with incapacitant spray. More officers arrived and when he protested as he was being searched, one told him: “You’re behaving like a f***ing idiot at the moment, shut up.”

When Acquah asked why he was being pushed up against the wall outside his home one shouted: “Because I don’t want you spitting in my face when you’re shouting, you stupid man.”

He was arrested for a public order offence and spent four hours in custody. A senior officer concluded that he had been wronged and released him with no further action. Acquah sued and offered to accept a lower settlement in exchange for a public apology. Olivia Pinkey, the chief constable of Hampshire, admitted legal liability for wrongful arrest and assault but refused to give a public apology. The force agreed £30,000 plus legal costs.

Acquah’s lawyer, Iain Gould, said that in a “gross over-reach of power” the police behaved as if they were dealing with a suspected bank robber rather than a tired key worker who was just trying to get home.

Sent from my iPhone Gould said: “I am perplexed by the decision of the chief constable to refuse an apology letter and instead write out a bigger cheque from what is, at the end of the day, public funds.”

Acquah, who served in the army for nearly a decade, including in Afghanistan, said: “From the beginning I told my lawyer I would value an apology more than money. The worst thing is that the police harassment still hasn’t stopped. I’ve been repeatedly stopped since my wrongful arrest in 2020.”

Acquah said that he had replaced his BMW with a beige Saab in order to try and reduce the amount of negative attention that he and his girlfriend receive from the police.

“She was pregnant with twins when I was wrongfully arrested and one of the things I’m dreading is talking to them about how to behave when they interact with the police,” he said.

“I want to tell my children that the police are always here to give them protection, but that is just not the case for ethnic minorities living in Britain today.

5 Things To Know About Miguel Nunez Of ‘The Family Business’
Ashanti Reveals She ‘Made Some Calls’ To Get Retaliation Against Man Who Abused Her Little Sister
21 Savage vs Waka Flocka (Finals) | The Crew League Season 4 (Episode 7)
Lupita Nyong’o Shares Brutal Underwater Workout For ‘Black Panther: Wakanda Forever’
‘Insecure’ Costume Designer Nails Why Authentic Style Is Integral To Black Stories