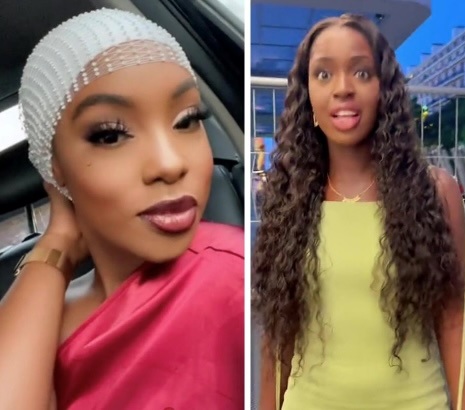 A glitzy Paris restaurant run by an influential figure in the city’s nightlife is under police investigation after a video showed the doorman refusing entry to black customers while admitting those who were white.

Prosecutors opened an inquiry on suspicion of race discrimination into Manko, a restaurant-cabaret on the fashionable Avenue Montaigne, after an outcry over the footage and a claim by the doorman that managers had ordered him to turn away black people and Arabs.

The restaurant, which opened in 2016, is jointly run by Tony Gomez, 64, a restaurant and club owner who was formerly known as “king of the Paris night”, and Gastón Acurio, a Peruvian celebrity chef.

The viral video, posted by one of three black women on TikTok, showed white customers walking unchallenged into the restaurant while the doorman — named Damien — refused the women entry on the grounds that they were not dressed appropriately. The women, who had reservations and included a Canadian, insisted that they were. “But we’re in evening wear. It’s a joke,” one said. “What should I have worn?” One exclaimed “This is my first experience of racism.” Several other black customers were also refused entry as the women argued with the doorman.

After the video received hundreds of thousands of social media views and rap stars called for a boycott, the restaurant apologised and said it had sacked the doorman. Gomez said he was shocked by the incident, which he called “an accident” that ran against his principles. “When I learnt of this, I was furious because like everyone, I discovered these images and I asked myself ‘what is going on?’,” he said. “The women were as beautiful as the day. They were elegant and sparkling. They were everything that I like,” he told BFMTV news.

Damien, however, said he had been following managers’ orders to restrict access to Africans and Maghrebis [from northwest Africa]. “It wasn’t an accident. I just did what I was told,” he said. After an earlier row over refusing entry without explanation, the doorman claimed to the French news channel BFM TV that managers had told him: “From now on, you’re going to refuse them with a pretext. If they’re in trainers, they don’t get in. If they’re in a shirt, you say it’s not a shirt, it’s a T-shirt.”

Gomez said he wanted an independent investigation to clear the name of his restaurant. Restaurants and nightspots have been challenged over discriminating against non-white customers after testing campaigns by anti-racism groups. In 2018, L’Avenue, a brasserie favoured by celebrities that is also on the Avenue Montaigne, ran into trouble after staff told media that it declined reservations by customers believed to be Arabic or African, and women in Muslim dress.