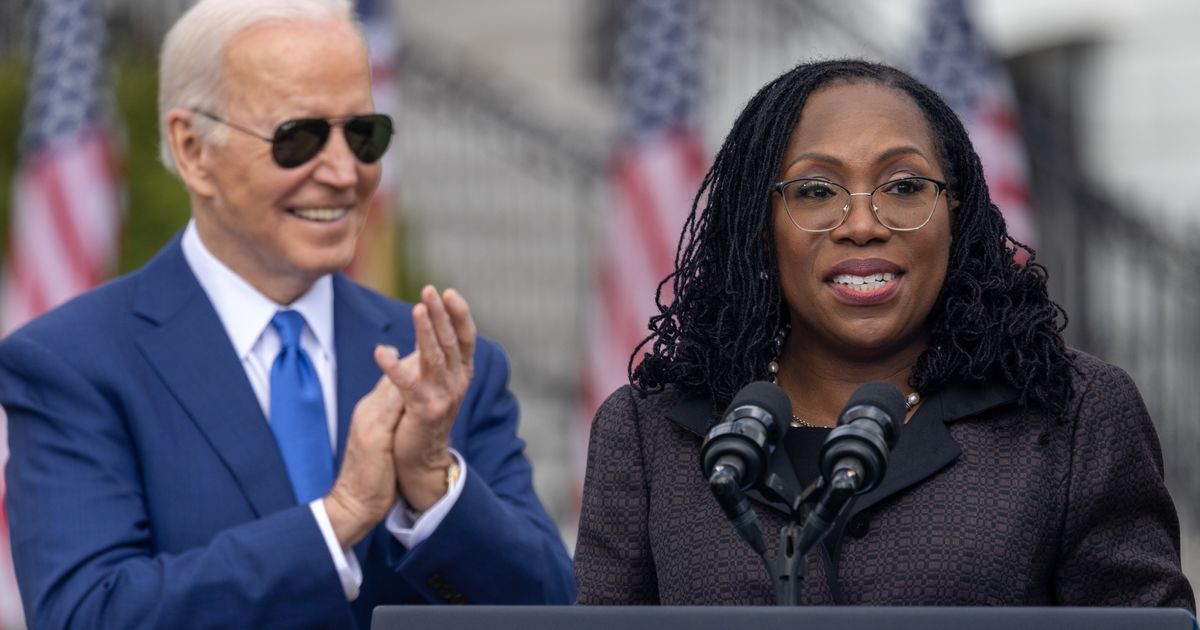 President Joe Biden on Friday will attend an investiture ceremony for his historic Supreme Court pick, Justice Ketanji Brown Jackson, according to a White House official.

It’s a purely ceremonial event. Supreme Court justices have to take two oaths when they join the court, one to the Constitution and one to the judiciary. Jackson, who is the court’s first Black woman and also its first former public defender, already took her oaths earlier this year. Friday’s ceremony is a chance for Biden to be in attendance as Jackson takes her oath for the second time, which justices sometimes do for optics.

The president’s decision to attend the ceremony, along with his vice president and both of their spouses, is part of a broader effort by Democrats to publicly celebrate their record of confirming judges ahead of the midterm elections.

They should be celebrating: Since taking office, Biden, with the help of Senate Majority Leader Chuck Schumer (D-N.Y.), has confirmed more than 80 people to lifetime federal judgeships, which is more than decades of past presidents had confirmed by this point in their terms. Beyond that, Biden has been picking a much more diverse mix of people for federal judgeships than his predecessors, marking a huge departure from the prototypical white male corporate lawyers almost always tapped for these jobs.

“Roughly three-quarters of the president’s judicial nominees have been women, two-thirds people of color,” Schumer boasted Wednesday on the Senate floor. “One nominee at a time, we are making our federal bench a better reflection of our great country.”

The president has been picking nominees who are diverse both in terms of demographics like race and gender but also in terms of professional backgrounds. His judicial picks have included public defenders, voting rights lawyers and union organizers, in addition to historic firsts with Native Americans, Black women, LGBTQ nominees and Muslim Americans.

Put another way, as of Thursday, Biden has nominated a total of 143 people to federal judgeships. Of those, 68% are women and 66% are people of color. Getting even more specific, of the president’s judicial nominees who are people of color, 31% are African American, 21% are Latino and 17% are Asian American or Pacific Islander.

The main reason Biden has been able to confirm so many judges is because Democrats control the Senate, even if narrowly. If Republicans win back the majority in November, they would almost certainly end Biden’s streak and grind the judicial confirmation process to a halt, just as Senate Republican Leader Mitch McConnell did to President Barack Obama when he was majority leader.

“All of these accomplishments will echo for years in the lives of the American people. They were hard to get done, especially in a 50-50 Senate,” Schumer said Wednesday, linking Democrats’ success to the upcoming midterm elections.

“I have always said, from my first days as majority leader, that Democrats would be willing to work in a bipartisan way to get things done whenever we could,” he said. “But of course … when we’re unable to find common ground, Democrats will hold firm in our defense of our values and show the American people the choice before them in the coming election.”