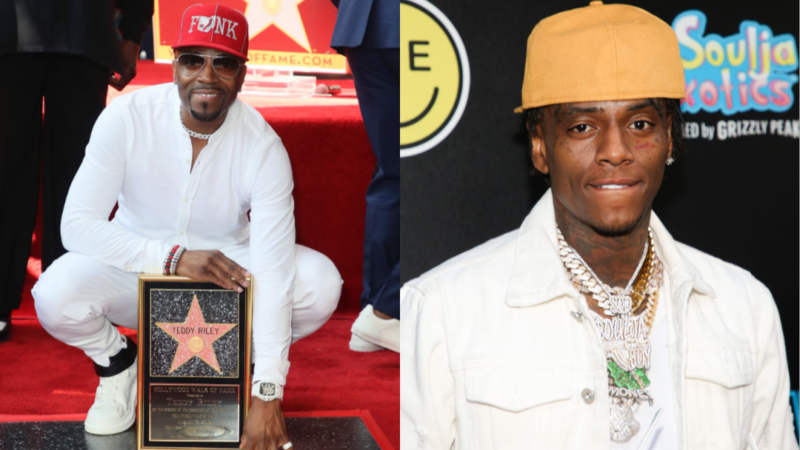 Grammy-winning artist and producer Teddy Riley had some words for Soulja Boy. In a recent interview posted by The Shade Room, Riley demands the rapper apologize to his daughter Nia Riley for allegedly attacking her while she was pregnant.

Nia Riley and Soulja Boy dated in 2014. Their relationship was documented in the first season of VH1’s Love & Hip Hop Hollywood. During the show, Soulja admitted to cheating on Riley and being verbally abusive towards her.

When asked about his feelings about the drama in the relationship, Riley went into protective daddy mode. “Well, let me say this,” Riley said. “Soulja Boy knows who I am, and he knows I’m deep. He knows I’m very deep. We had an altercation, I was called a lot of names, and I got an apology.”

“I’m looking for an apology for my daughter. And as a man, I think she deserves it,” he continued.

During the interview, Riley commented on his ignorance of their tumultuous relationship. “I watched them live together but I didn’t know all of that was going on,” he said.

Although Riley claims to have not known, the chaotic relationship between Soulja and his long-time girlfriend was made even more evident as they appeared on Marriage Bootcamp: Hip Hop Edition.

Kanye West Slams Obama In New Interview, Says ‘We Got To Stop Dissing The Nazis All The Time’
LeBron James Calls Out Glaring Double Standard In Media: ‘Why Haven’t I Got A Question About The Jerry Jones Photo?’
How One Woman Found Out Her Friend Was A Serial Killer, And She Was Next On His Hit List
Super Bowl Champ Talks Brian Flores’ Integrity amid Race Lawsuit Against NFL
Filmmaker Raoul Peck Talks New Series ‘Exterminate All the Brutes’