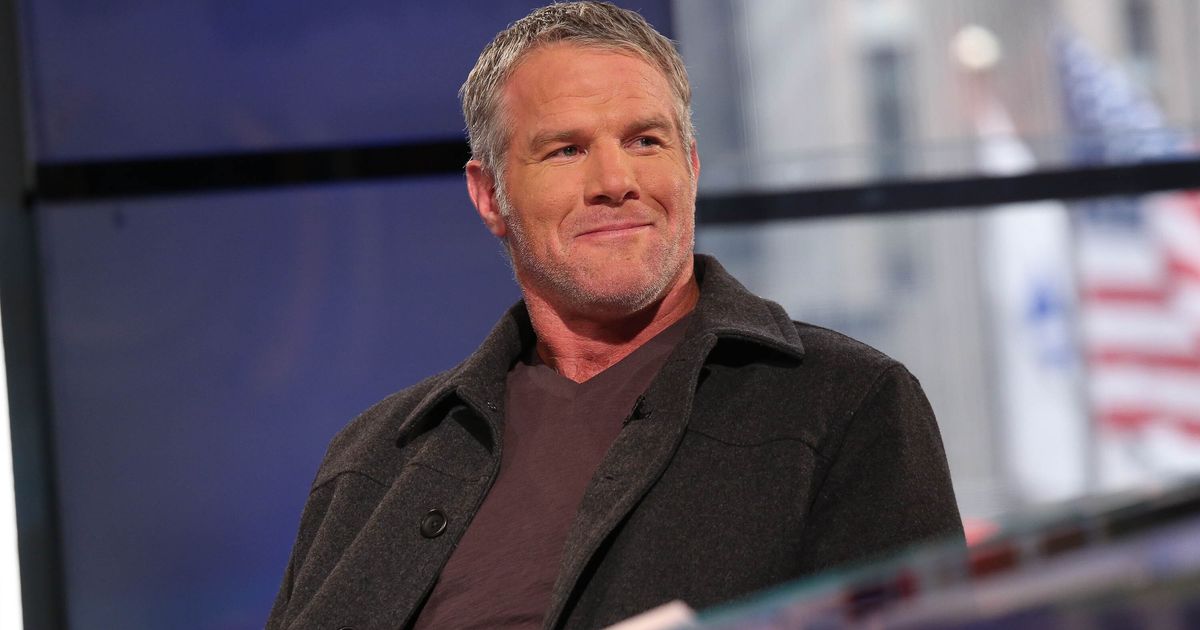 Bryant and Favre discussed how to divert at least $5 million in welfare funds to build a volleyball stadium.

The scandal is part of a larger one centered on state auditors determining that nonprofit leaders misspent at least $77 million in welfare funds ― the largest case of public fraud in state history.

The Mississippi Department of Human Services has launched a probe over misuse of millions in federal funding meant for “needy families.”

The civil suit filed by the state of Mississippi earlier this year seeks to recoup more than $20 million that was “squandered.” Favre has not been charged criminally, but is among the 38 defendants in the civil suit.

According to Insider, Favre’s attorney Bud Holmes said that Favre never knew the money came from welfare funds. Favre “has been honorable from day one,” Holmes said, and “he has done so much charity work ― and that’s all it was here.”

However, new court filings show the NFL Hall of Famer pressing Bryant in text messages for additional funds to construct an athletic facility at his alma mater — even after Favre was informed that using welfare funds for such projects could run counter to federal law.

And two years after Mississippi spent millions of dollars in welfare funds on the university volleyball arena, Favre tried to get more money from the state’s welfare agency for another sports facility, according to new court documents.

In a 2019 text, Bryant told Favre that federal money for children and low-income adults is “tightly controlled” and that “improper use could result in violation of Federal Law.”

So, here’s what we know about Favre: Not only was he willing to steal from welfare funds for residents of the poorest state in America, he wanted even more of it. None of the words I think best describe Favre can be used here, but just know that they are not pleasant. This is someone who has reportedly amassed $100 million in his career.

I am not naive about how evil people can be, but this is impressively stingy, malevolent and greedy.

Yet I can already sense how this is going to go.

“Brett Favre’s Most Memorable Stat May Be $8 Million Meant for the Poor,” The New York Times said this week.

Not that I dare go back to talk about that again, but for argument’s sake, I must.

Will Smith slapped someone at the Oscars, and (mostly white and/or very rich) folks lost their minds to the point where the release of his movie about slavery was called into question.

This wealthy football player stole welfare money to build a volleyball center for his kid, and then wanted to steal more to build another vanity project. But that may be what people remember best about him.

This is not to say that Favre hasn’t suffered in the wake of the scandal.

For instance, ESPN Milwaukee has canceled his Green Bay Packers recap show. His show with Sirius XM Radio, which he’s done since 2018, has been sidelined while a full investigation takes place. And both Hallow, a Catholic prayer and meditation app, and Odyssey Health, a medical technology company, have reportedly removed all mentions of Favre from their websites.

On the other hand, brands like Copper Fit, a compression sleeve company, are issuing statements in his defense.

“Copper Fit has worked with Brett Favre for nearly nine years,” Copper Fit said. “He has always acted honorably, and we know him to be a very decent man. To our knowledge, he was cleared of any wrong-doing two years ago. We are confident that will be the case in the civil suit.”

NFL Hall of Famer and talk show host Shannon Sharpe explained it best. (Please read it in his accent.)

When asked his thoughts on Favre’s NFL legacy earlier this month, Sharpe said: “Well, I don’t think nothing can tarnish it, because if you go back and look at his history when he played in the NFL, it should have tarnished it already. I talked to people that were in the room when Brett Favre went into the Hall of Fame, and nobody mentioned about text messages that he sent to that Jet masseuse. Nobody mentioned anything about the addiction that he suffered from.”

He went on to address the double standard.

“But yet, TO [Terrell Owens] ― they brought up everything,” Sharpe said. “Can you imagine if TO would have had an incident, incidents, like Brett Favre off the field? TO still, to this day right now, would not be in the Hall of Fame. Yet they walked right past it like Brett Favre did nothing … The problem that I have with this situation ― you got to be a sorry mofo to steal from the lowest of the low.”

There are others making this argument. Unsurprisingly, most of them are Black. And given the makeup of media and television, I should anticipate more headlines using passive language to talk about a famous rich athlete stealing from the poor.

I know I shouldn’t be surprised that a rich white man taking money intended for people in need, in the poorest state in the country, is not being covered with the same intensity as Michael Vick’s involvement with dogfighting. And I know that the people who claim to hate welfare queens so much tend to care more about dogs than poor people. I worry that this kind of criticism only goes so far, but a man who would steal from the poor deserves misery, and to have his name sullied.

Every little bit helps, though.

Meanwhile, as Mississippi tries to get its money back from Brett Favre, I hope more people join the chorus of those calling for him to be removed from the NFL Hall of Fame.

One scandal couldn’t do it. Maybe two will do the trick.

The Real Problem Revealed By The Brett Favre Welfare Scandal

Brett Favre Texts Reveal Mississippi Governor Was ‘On Board’ With Welfare Scheme: Report

Kanye West Posts Half-Naked Elon Musk And Accuses Chris Paul Of Sleeping With His Wife Before Another Twitter Suspension
Michael Eric Dyson Recalls Meeting #NipseyHussle
Ashanti Recalls Pervy Producer Asking Her To Shower With Him Or Pay $80,000 For Songs They Recorded Together
Tequila Long, Sister Of Shanquella Robinson, Details Hearing Conflicting Stories About Her Sibling’s Death
Marc Lamont Hill Sounds Off on Criticism About CNN Reporter Wearing Hijab on Air