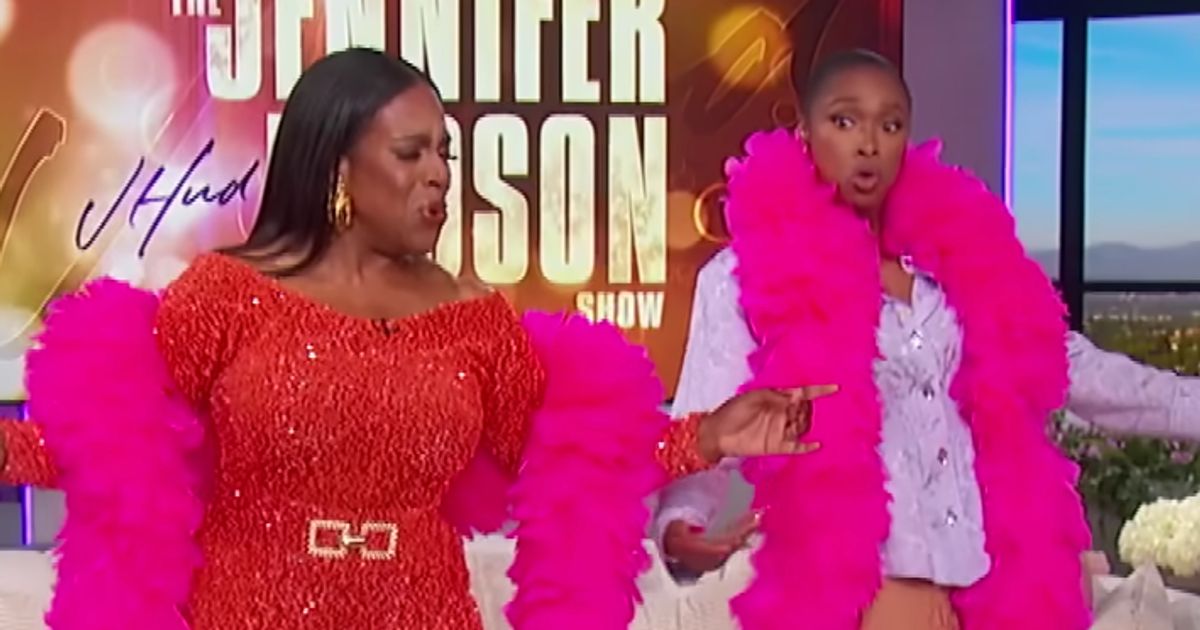 Hot off her Emmy win, Sheryl Lee Ralph dropped by “The Jennifer Hudson Show” this week to make some “Dreamgirls” magic.

Long before her time on ABC’s “Abbott Elementary,” Ralph was a hot commodity on Broadway, originating the role of Deena Jones in 1981’s “Dreamgirls.” The musical was also pivotal for Hudson, who won an Oscar for her portrayal of Effie White in the movie adaptation in 2007.

On Tuesday’s episode of her daytime talk show, Hudson asked Ralph about her audition for Broadway director Michael Bennett as well as working alongside fellow “Dreamgirls” actors Loretta Devine and Jennifer Holliday, who became stars in their own right.

“These women in the room, they were not singers ― they were sangers, baby,” Ralph said. “The building was literally levitating off the concrete, that’s how wonderful they were.”

When the show’s creative team requested that Ralph sing “something from church,” she opted for “Ave Maria,” which received a muted response.

“I think they were thinking something more in the Baptist vein,” she quipped. “They did not know that I was a little Episcopalian girl. So I sang my little song and I sat down.”

Moments later, Ralph requested that Hudson join her for an impromptu performance of the musical’s title song, along with a mini-recreation of the original choreography ― feather boa and all.

Elsewhere in the interview, Ralph touched on her goosebump-including Emmy acceptance speech, noting that her win “still feels amazing” more than a week later.

Of course, that didn’t mean Ralph turned up at the Sept. 12 ceremony unprepared.

“Like many of you, I have had a speech prepared since I was 5 years old,” she said. “And when they called my name, all of it went out of my head.”

After Decades In The Game, Legends Sheryl Lee Ralph And Jennifer Coolidge Finally Get Their Due

Jada Pinkett Smith Explains Why Alpha Males ‘Don’t Pay Attention To Feelings’
August Agboola Browne (1895-1976)
Where Them Dollars At? Houston Strippers Say The Economy And Racism Are Ruining Business
Channing Crowder Is Standing Firm On His Thoughts About Russell Wilson: ‘He’s A F*****g Duck’
Some People Are Just Finding Out Rapper Slick Rick Is British, And It Has Them Questioning Everything