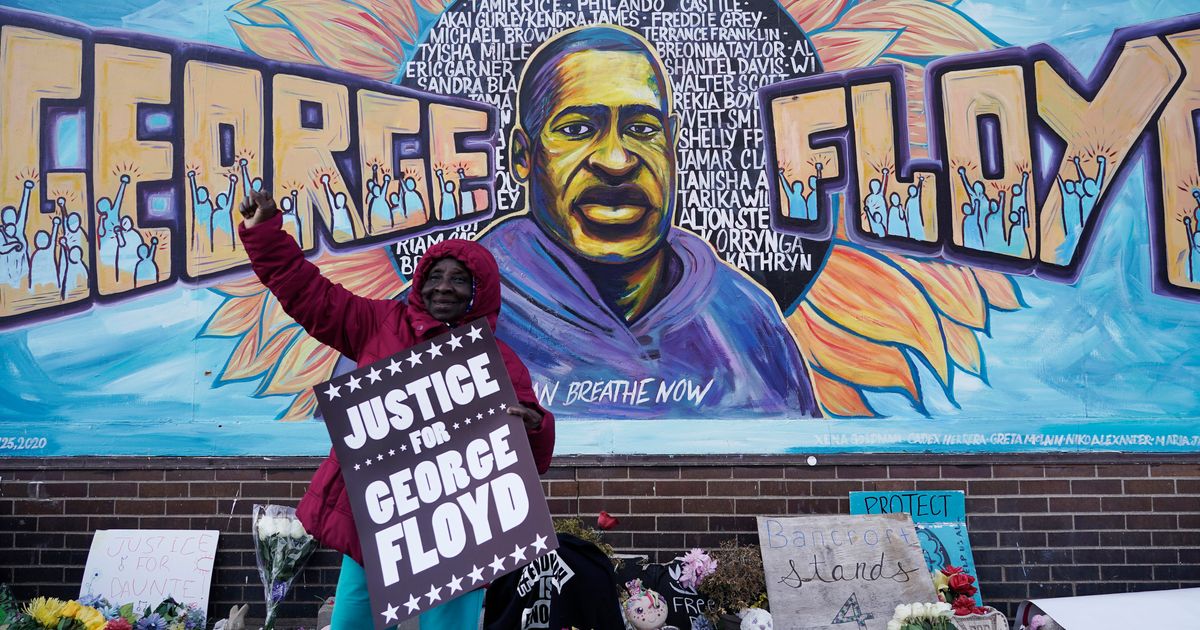 HOUSTON (AP) — A Texas board on Thursday declined a request that George Floyd be granted a posthumous pardon for a 2004 drug arrest made by a now-indicted ex-Houston police officer whose case history is under scrutiny following a deadly drug raid.

The Texas Board of Pardons and Paroles in October 2021 had initially decided to unanimously recommend that Floyd become just the second person in Texas since 2010 to receive a posthumous pardon from the governor.

But before Texas Gov. Greg Abbott could make a final decision in the case, the board in December reversed its decision, saying that “procedural errors” were found in its initial recommendation in Floyd’s case and it needed to reconsider more than a third of a group of 67 clemency applications it had sent to Abbott.

“After a full and careful review of the application and other information filed with the application, a majority of the Board decided not to recommend a Full Pardon and/or Pardon for Innocence,” the board wrote in a letter it sent Thursday to Floyd’s attorney, Allison Mathis, with the Harris County Public Defender’s Office in Houston.

In its letter, the board said another request for a posthumous pardon for Floyd could be submitted again in two years. The letter did not specify why the board had denied the request.

The board’s decision was first made public Thursday by a reporter with The Marshall Project.

Mathis and a spokesperson for the paroles board did not immediately return emails or calls seeking comment.

Mathis had first submitted the pardon request in April 2021.

Floyd, who was Black, grew up and was laid to rest in Houston. In June 2021, former Minneapolis police Officer Derek Chauvin, who is white, was sentenced to 22 1/2 years in prison for Floyd’s killing, which led to a national reckoning in the U.S. over race and policing.

Years before his May 2020 killing, Floyd was arrested in Houston in February 2004 by former police officer Gerald Goines for selling $10 worth of crack in a police sting. Floyd later pleaded guilty to a drug charge and was sentenced to 10 months in a state jail.

Goines is now facing two counts of felony murder, as well as other charges in both state and federal court, for a deadly 2019 drug raid in which Dennis Tuttle, 59, and his wife, Rhogena Nicholas, 58, were killed.

Prosecutors allege Goines lied to obtain the warrant to search the couple’s home by claiming that a confidential informant had bought heroin there. Goines later said there was no informant and that he had bought the drugs himself, they allege. Prosecutors have accused Goines of making up informants in other cases as well.

“We supported George Floyd’s pardon because we do not have confidence in the integrity of his conviction. We support clemency because it is appropriate,” Harris County District Attorney Kim Ogg said Thursday.

About 150 drug convictions tied to Goines have since been dismissed by prosecutors. Earlier this month, the Texas Court of Criminal Appeals ordered that a fifth conviction tied to Goines be overturned.

Goines has maintained his innocence and his lawyer is fighting the charges.

Caleb McLaughlin Calls Out The Racism He’s Faced From ‘Stranger Things’ Fans
Radio Host Kendra G Accuses DaniLeigh Of Trying To Have Her Removed From Interview: ‘You Ain’t Going To B. Simone Me’
Yes, ‘Ho You Fat’ Is A Real Basketball Player’s Last Name
Tabitha Brown Is Ready For The ‘Family Reunion’ That Is Her Cooking Book Tour
Tiffany Jackson, Former Texas WNBA Star, Dies At 37