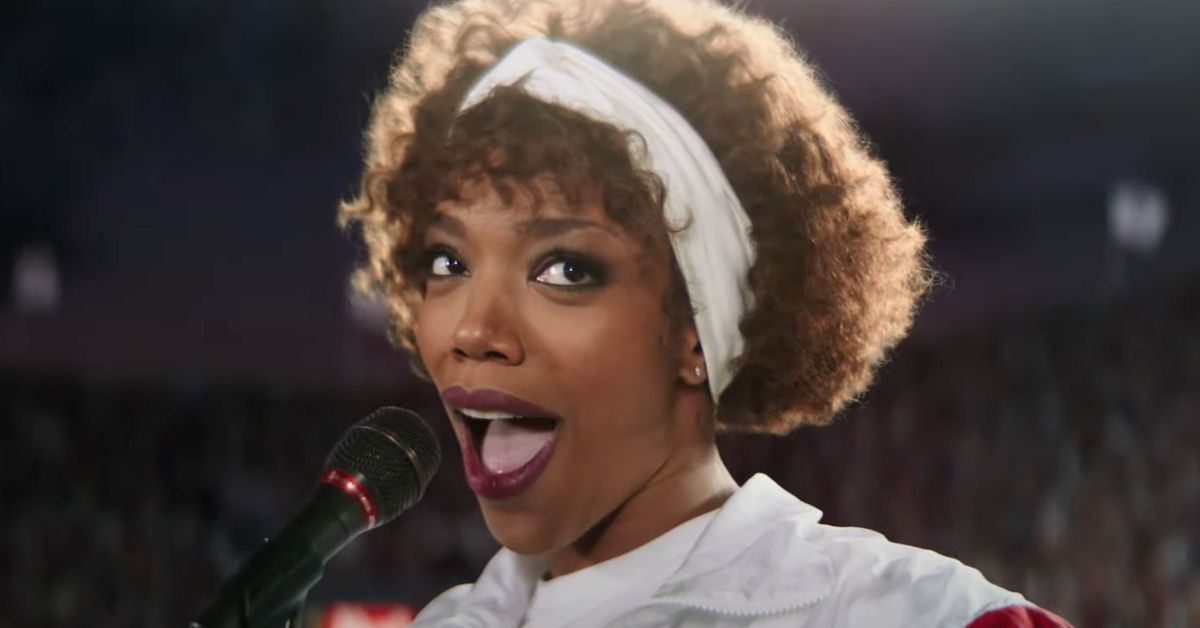 A movie based on the life of late pop icon Whitney Houston is bound for the big screen this winter.

Directed by Kasi Lemmons and due out Dec. 21, “I Wanna Dance with Somebody” is billed as “an emotional, energetic journey through Houston’s career and music.” The six-time Grammy winner is portrayed by Naomi Ackie, whose credits include “Star Wars: Episode IX ― The Rise of Skywalker” and Netflix’s “Master of None.”

Sony Pictures gave fans a first look at “I Wanna Dance with Somebody” Thursday via a new trailer. In it, Ackie can be seen re-creating some of Houston’s most memorable career triumphs, like her 1991 Super Bowl performance and the music video for 1999’s “It’s Not Right But It’s OK.”

The movie also stars Stanley Tucci, who is virtually unrecognizable in the trailer. The actor plays Clive Davis, the Arista Records founder credited with discovering Houston at a New York nightclub in the early 1980s.

Catch the trailer for “I Wanna Dance with Somebody” below.

Houston died in 2012 at age 48. Her death was ruled an accidental drowning with the “effects of atherosclerotic heart disease and cocaine use” as contributing factors, according to the coroner’s report.

Early responses to the movie trailer have been mixed. Though many viewers have praised Ackie’s performance, others have expressed doubts over screenwriter Anthony McCarten.

A two-time Academy Award nominee, McCarten wrote the screenplay for 2018’s “Bohemian Rhapsody,” about legendary rock band Queen. Though actor Rami Malek won an Oscar for his portrayal of Queen frontman Freddie Mercury, the movie was criticized for glossing over the singer’s sexuality and Parsi background.

Like Mercury, Houston had struggles with drug and alcohol addiction during her lifetime. According to Brown and other sources, she was also bisexual. In 2019, Houston’s longtime confidante Robyn Crawford confirmed that she and the singer had been in a romantic relationship in the ’80s.

Whether “I Wanna Dance with Somebody” will touch on any of that remains to be seen. Speaking to People this week, however, Ackie said the movie examines “parts of her life that we know about but through the scope of her own internal world.”

“Fans can expect to see her life like we see are our own,” she explained. “Ups and downs, triumphs and disappointments, all of it mixing together to make up a life.”

Why The ’90s Was The Last Great Decade For Film Soundtracks