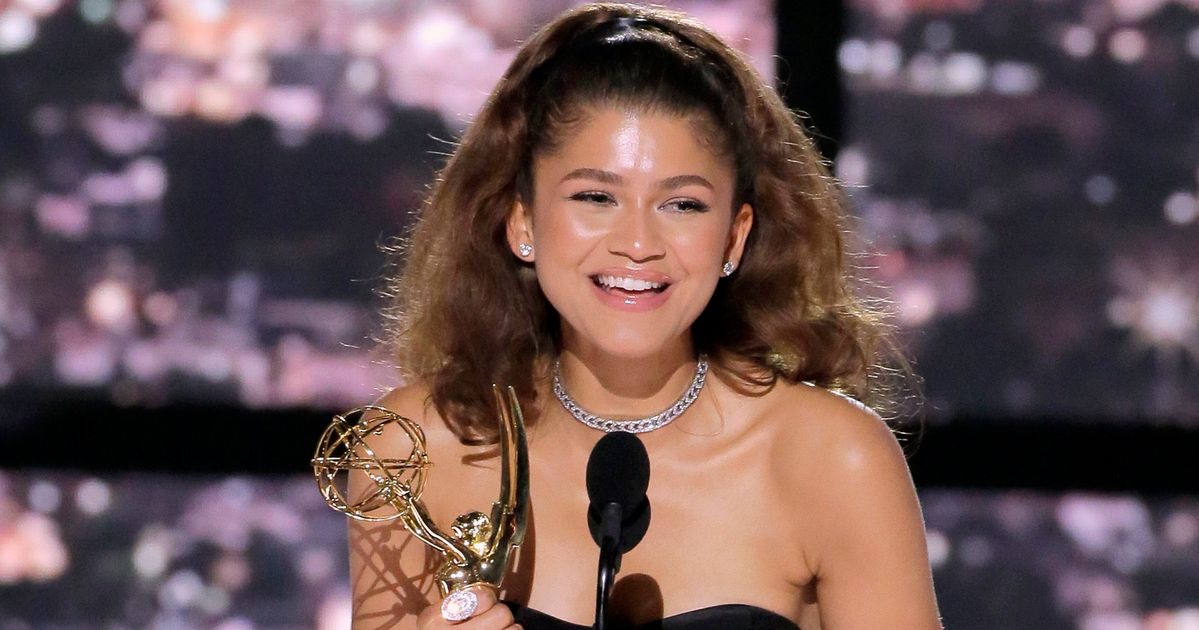 Zendaya made history once again at the 74th annual Emmy Awards.

The “Euphoria” star took home the award for Outstanding Lead Actress in a Drama Series for her role as Rue Bennett.

The 26-year-old’s historic win this year makes her the youngest two-time Emmy winner for acting, and the first Black woman to win Outstanding Lead Actress in a Drama Series twice.

After the Los Angeles event, Zendaya stopped by the Live From E! After Party to recap the massive night.

When asked who she texted first about her big win, she revealed, “Well, I didn’t have to text my mom because my mom was already there, she’s here tonight, which is very special.”

The Disney Channel alum then dished out the answer fans were waiting to hear: “And I texted my boyfriend.”

Zendaya’s boyfriend, her “Spider-Man” co-star Tom Holland, was likely unable to attend the award show at the Microsoft Theater as he is currently in New York filming AppleTV’s upcoming drama series, “The Crowded Room,” according to E! News.

In 2017, rumors that the two were dating began to ignite. It wasn’t until September 2021 when the love birds confirmed their relationship on Instagram.

During her speech, the trailblazer praised her “Euphoria” cast and crew for making the set “such a safe space to make this very difficult show.”

Visibly emotional, Zendaya gave a shout-out to those battling similar struggles as her character Rue.

“My greatest wish for ‘Euphoria’ was that it could help heal people, and I just want to say thank you to everyone who has shared their story with me,” she said. “I want you to know that anyone who has loved a Rue or feels like they are a Rue, I’m so grateful for your stories, and I carry them with me and carry them with her. Thank you so much.”

Zendaya Claps Back Over Pregnancy Rumors: ‘This Is Why I Stay Off Twitter’