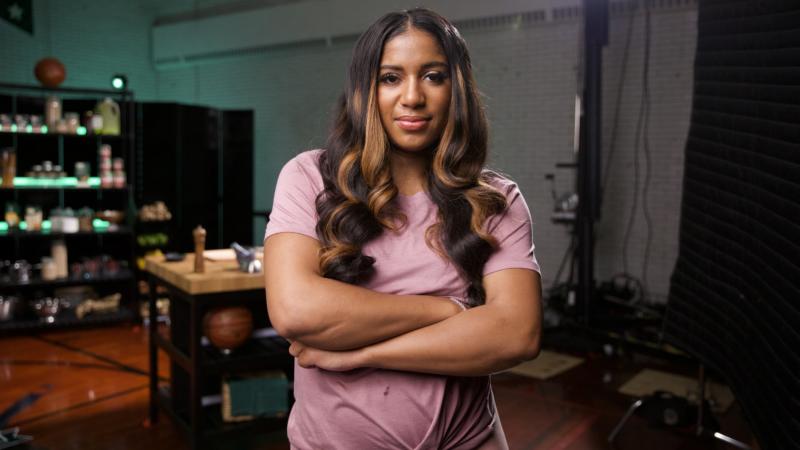 The COVID-19 pandemic taught Te’a Cooper the fine art of resiliency as her professional basketball career took many dips and turns in 2020. The WNBA player, known for being authentically herself at all times, was a highly sought-after basketball star whose college career was cut short during a championship season at Baylor due to the pandemic. She was then drafted in the second round to the Phoenix Mercury but was waived shortly thereafter due to pay cuts in the league.

Before ever touching the arena floor, she became a free agent. Good fortune landed her a home with the Los Angeles Sparks just two days before the 2020-2021 season began. Since then, Cooper has proven her placement in the league, stood staunch in her political beliefs and even stunned on the cover of Sports Illustrated’s 2022 Swimsuit Issue.

While the level of unpredictability she faced is enough to drive anyone away from something they love, Cooper made it through the waves of uncertainty by practicing self-care. A part of her regime was introducing more vegan foods into her diet. Now, she’s taking that vegan lifestyle to a competitive cooking program alongside Alex Caruso of the Chicago Bulls. The two basketball players are cooking up a variety of recipes using plant-based ZENB pasta in the program hosted by Chef Monti Carlo.

Ahead of the show’s release, Cooper joined Blavity to talk about veganism, her self-care regimen, her fabulous SI Swimsuit Issue experience and what she’s learned along the way.

Iman Shumpert’s Anniversary Gift To Teyana Taylor Represents A Relationship ‘That’s Been Through It All’
August Agboola Browne (1895-1976)
Saucy Santana And Trina’s New Voting Anthem Will Make You Do Your Civic Duty If You ‘Wanna Hit This Booty’
USC’s First All-Black Majorette Dance Team Doesn’t Care About The Outrage
Viral Video Fail: Social Media User Slammed After Blasting A Chipotle Worker For Snacking