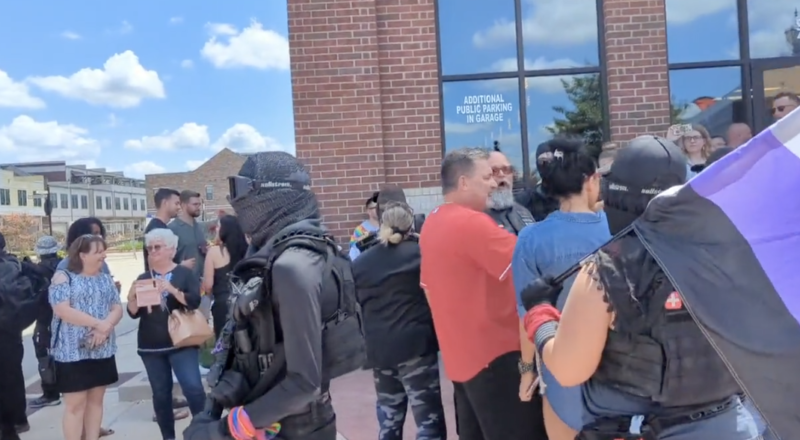 Armed volunteers were seen outside of Anderson Distillery and Grill on Sunday after tension between right-wing protesters and counterprotesters escalated during a drag event in Roanoke, Texas, Fox 4 reports. Dallas investigative journalist Steven Monacelli captured a video of the incident, showing protesters shouting at each other as a police officer attempted to intervene.