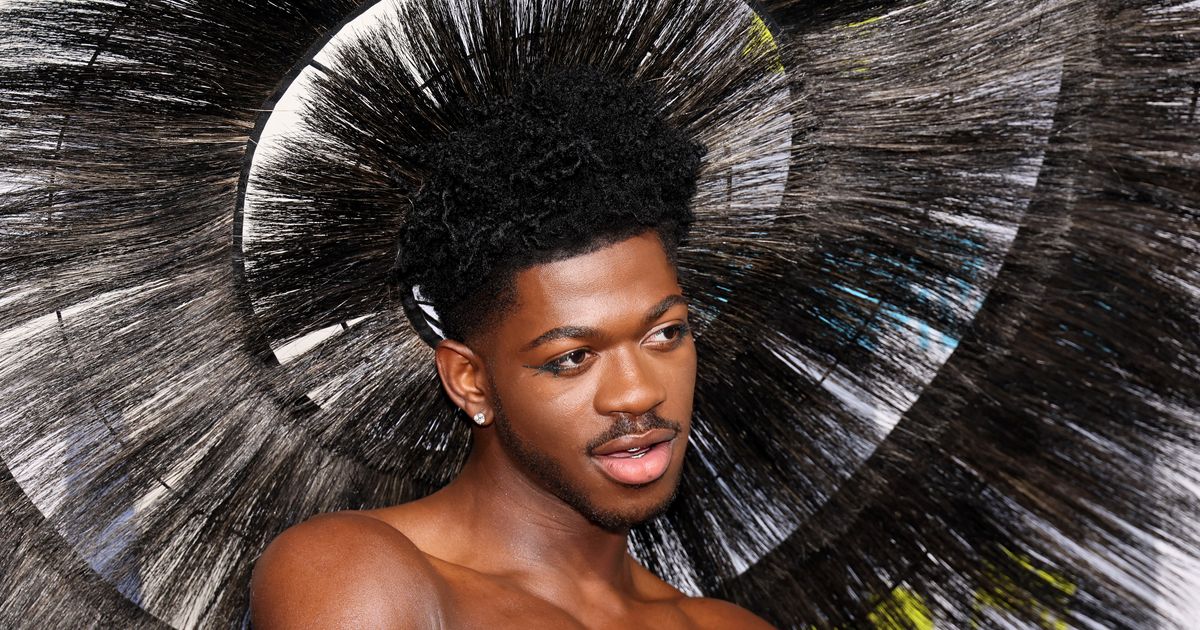 The “That’s What I Want” singer, who has a history of ruffling critics’ feathers, spread his metaphorical wings before the award ceremony in a look from designer Harris Reed.

The feathery, expansive garb surrounded the shirtless rapper in a circular design that wrapped around him.

Lil Nas X’s ensemble was all black, while iconic model Iman sported a white and gold version during the 2021 Met Gala.

Lil Nas X’s outfit for the 2022 #VMAs is from the Harris Reed Fall 2022 Ready-To-Wear collection. pic.twitter.com/k55VB1nkjp

You can check out more of Lil Nas X’s look below.

Lil Nas X is nominated in seven different categories in Sunday’s VMAs, including a “Video of the Year” nom alongside rapper Jack Harlow for his song “Industry Baby” and a nomination for “Artist of the Year.”

You can follow along with the night’s winners here.

2022 MTV VMAs Red Carpet: All The Wildest Looks You Need To See